Gaza artist mixes beauty with pain in her ballet paintings She hopes her portraits will bring attention to the social and political problems women face in Gaza, home to two million people and devastated by wars and economic restrictions.

The artist said her work also depicts restrictions that women face within the family and the community in Gaza, a traditionally conservative territory ruled by the Islamist Hamas group since 2007. 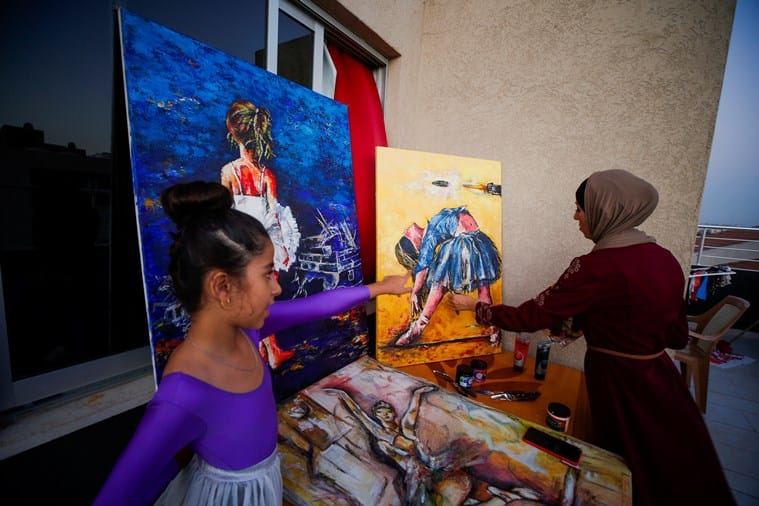 Abeer Jibril works on paintings as her daughter Maya looks at her. (REUTERS/Mohammed Salem)

“The reason I chose the ballet dancer is that I see her as an icon of beauty and power. Therefore, I chose her to become the hero of my works,” Jebril, 35, told Reuters at her house in Gaza City.

“It shows what the woman feels, lives, faces and how she is chained, it shows what she feels in Gaza to the audience,” she said, sitting in front of several of her paintings.

One painting depicts a dancer with her feet chained in barbed wire. Another is stepping on rocks while a third woman wraps her body around a grenade.

“Men and women are both in chains under the occupation,” Jebril said, referring to Israel, which along with Egypt, imposes tight border restrictions on Gaza on the grounds of security.

She said her paintings also shed light on how “women suffer from the dominance of men and the inability to have a say on issues that matter”. 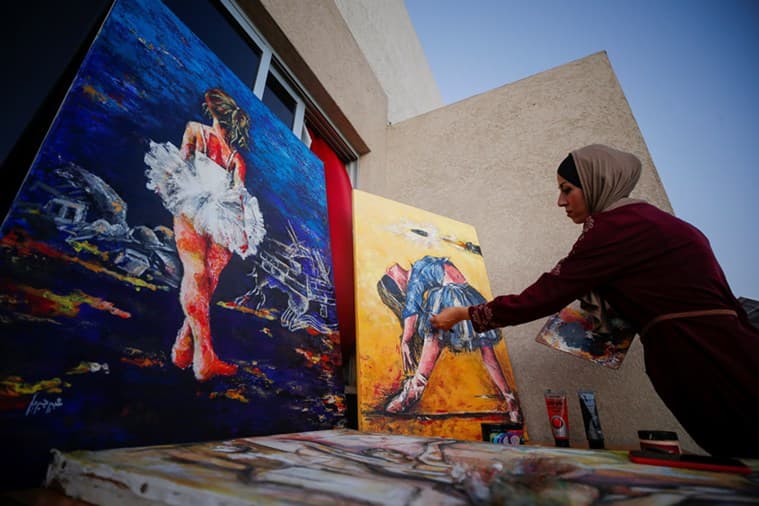 Men and women, Jebril said, “live in a ticking bomb in Gaza”, not knowing what will happen next.

Jebril said she gets ideas for her paintings from moves by international ballet dancers and those of her 11-year-old daughter Maya, who dances ballet.

Her portaits, created using painter’s knives, have been displayed in galleries in some European and Arab countries.

“I felt despair seeing paintings displayed outside (Gaza) and I couldn’t be there. I so much had hoped to have stood next to them,” she said.

Schools in Jammu reopen for Classes 10, 12