With his photos, David Seymour documented the plight of children as victims of war for UNICEF, which now turns 75. 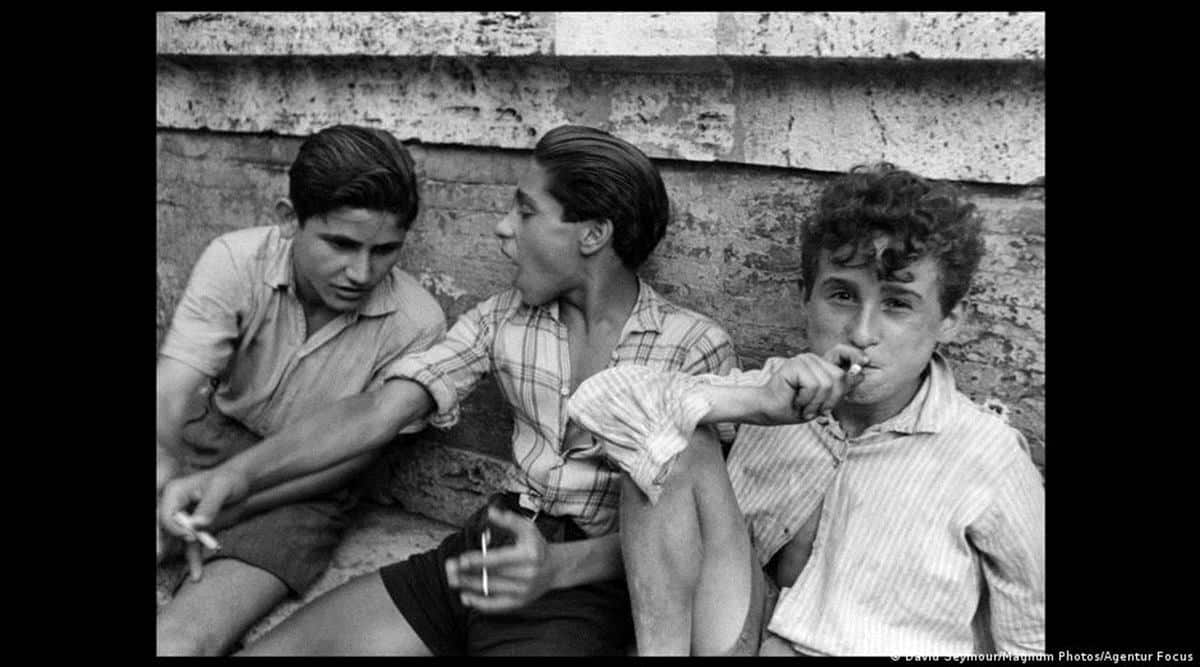 “Chim was motivated by his sense that children were always the greatest victims of wars,” notes Carole Naggar, David Seymour’s biographer. Seymour, whom everyone called Chim, was one of the founders of the world-renowned Magnum photography agency.

Seymour left Poland as a Jew in 1932 and returned from the US in 1948 to photograph children and young people in devastated post-World War II Europe. His photographs brought them into focus as victims of war and conflict.

“His photography, in particular his work on children for UNICEF, was groundbreaking,” Naggar said. His sensitive images of the young survivors of war are still moving today and have influenced countless photojournalists who have worked in war and crisis zones.

A decade later, when Chim accepted the newly founded UNICEF’s commission to take photographs for the Children of Europe photo project in 1948, he had long become a successful photojournalist. In addition, he had co-founded the world-famous agency Magnum Photos in 1947 — together with his friends and colleagues Robert Capa, Henri Cartier-Bresson and George Rodger.

“He hoped to bring international attention to the plight of children orphaned and maimed by war, often suffering from malnutrition and illnesses,” said Naggar.

Instead of his usual daily fee of $100, he accepted at the time a total of $2,600 for the UNICEF assignment that spanned several months. He ultimately shot 257 rolls of film.

With sensitivity and profound empathy, Chim photographed children in Greece, Italy, Austria, Poland and Hungary in the summer of 1948.

The photographer, who gained US citizenship in 1942, was known from then on as David Robert Seymour.

As early as 1947, he had photographed the everyday lives of children in France and Germany among the ruins and remnants of the Second World War.

The photo book Children of Europe was released in 1949 and was intended to document the work of the United Nations and UNICEF. The children’s relief organization was founded after the war on December 11, 1946, and celebrates its 75th anniversary in 2021.

“Chim was truly the first human rights photographer,” said Naggar, who has written about Seymour’s life and work in books and articles. “It inaugurated a tradition of photographers working with human rights organizations.”

Seymour became vice president of the Magnum photo agency in 1948 and its president in 1954 — after co-founder and Magnum president Robert Capa’s death in Vietnam.

Chim was considered an outstanding businessman and negotiator, but also continued to take photographs himself.

Move back to Europe

In 1950, Seymour moved to Rome and developed his own new style of portrait photography: actors, artists and musicians were clamoring to be photographed by him. According to Naggar, it was the photographer’s trustworthy, sensitive nature that turned these personal shots into dynamite.

“With young starlets Chim had a way of becoming a friend, a confidante and winning their trust, so that the portraits are more about intimacy and spontaneity than glamour,” Naggar added.

Seymour’s family: victims of the Holocaust in Poland

According to his biographer, Seymour’s 1950 move to Rome was an attempt to distance himself from the experiences of the previous years.

During World War II, Seymour — then a US soldier — was stationed in London. His job was to assess images and aerial photographs for attacks by the Allied forces against Nazi Germany. The work of the “photography interpreter” was also important in preparation for the Allied invasion of Normandy on June 6, 1944 — known as “D-Day.”

Chim, who was born in Warsaw on November 20, 1911, returned to Poland in 1948 for the Children of Europe photo project. There, he saw the destruction in his homeland and got a clearer view of the fact that his parents and large parts of his Jewish family had been murdered by the Nazis during the Holocaust.

Faith in humanity and compassion

So when he moved to Italy in 1950, he said, he aimed to “reinvent” himself: “I am a Mediterranean,” he said. He felt that Italy and Greece were the cradle of civilization, and loved being surrounded by history, Naggar said.

He continued his sensitive photographic work, taking pictures of literacy-challenged Italians learning to write, for example, and of the reconstruction of a school after the civil war in Greece.

Carole Naggar, who is publishing a new book on David Seymour in late 2021, said, “He was also full of humor and generosity … a man of deep political beliefs with profound humanity and empathy whose influence on the field of photography was huge.” For her biography, she noted that she had viewed each and every contact print of his photographs to fully understand Chim’s working methods — right down to the last one of his images during the Suez War.

In the summer of 1956, the Egyptian army under President Gamal Abdel Nasser occupied the Suez Canal, an important international waterway. France, Great Britain and Israel would not accept this, and the Suez War against Egypt ensued.

Seymour traveled to the region in November 1956 to photograph the crisis.

Then, on November 10, as Chim drove toward an Egyptian post with his French photographer colleague Jean Roy, the vehicle came under fire. Both journalists were fatally shot. David “Chim” Seymour was just 44 years old.

This text has been adapted from German by Louisa Schaefer.