More than 25 cartoonists are celebrating the quirky holiday to help charities get clothing to those in need. 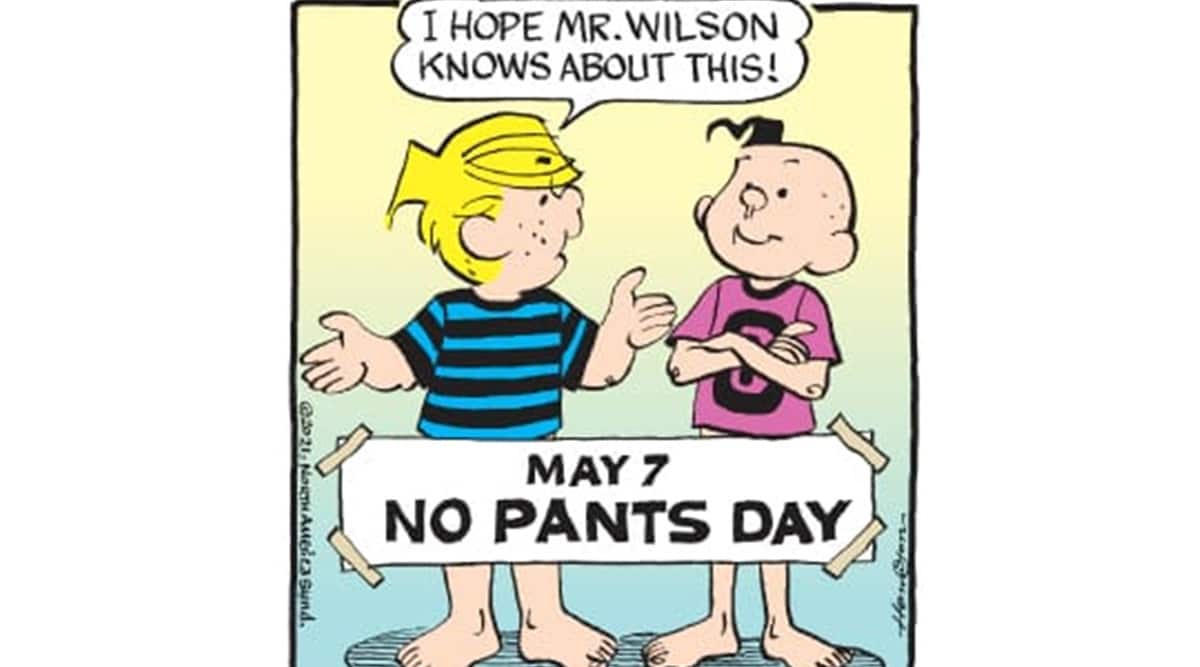 No Pants Day: All the participating artists are drawing their characters without trousers and urging readers to donate clothing to thrift and second hand stores hard-hit by COVID-19. (Source: King Features, AP)

Fans of newspaper comics will instantly notice something missing in many of the strips this Friday — pants.

More than 25 cartoonists behind strips from “Blondie” to “Zippy the Pinhead” are celebrating the quirky holiday No Pants Day in a way that helps charities get clothing to those in need.

Participating artists are drawing their characters without trousers and urging readers to donate clothing to thrift and second-hand stores hard-hit by COVID-19.

“This was a great way to help bring communities together but also have a little bit of a laugh,” said Tea Fougner, comics editor at King Features Syndicate. “Just the idea of No Pants Day, I think, is something that everybody can feel a little bit closer to this year than in previous years.”

Also Read |Graphic novels to Japanese Manga, these apps can give you your daily fix of comics

Comics creators have noticed that the COVID-19 pandemic has effected people’s ability to get clothing and charities have not gotten as many donations as typical.

“We may be business competitors, but we’re all part of the same family,” said Fougner. “We all love comics and we love our communities. And, at the end of the day, that’s really what cartooning is about. So we want as many cartoonists as possible to take part in initiatives like this.”

Cartoonists were contacted in February about the project, and the finished comics started to come in by March. In some cases, artists needed a quick brainstorming session to figure out ways to approach the request.

Not Bill Griffith, the artist behind “Zippy the Pinhead.” “He emailed me back right away and he said, ‘Well, not wearing pants is Zippy’s thing,’” said Fougner.

Organizers left it up to the individual cartoonists — some other participating strips include “Shoe,” “Arctic Circle,” “Hi and Lois,” “Rhymes with Orange,” “Mallard Fillmore” and “Sally Forth” — how to incorporate the message. The strips range from medieval knights to modern office workers, all sporting underwear.

“You’ll see a variety from some cartoonists who took a really direct approach where they have their characters in the comic donating clothing to people,” said Fougner. “And some folks just depicted the characters not wearing pants or put a little happy No Pants Day message in the comic.”

Olive Brinker’s “Rae the Doe” has a character donating clothes at an LGBT center while “Dennis the Menace” urges readers: “Give to a charity that helps people in need of clothing, like Room to Grow.”

The event is the latest attempt by the comics community to help society. Last year, more than 70 comic strips and panels banded together to hide six symbols in the artwork to honor workers on the frontlines of the coronavirus pandemic.