Buddha Purnima is also known as the day he attained salvation or Nirvana under the Mahabodhi tree at Bodh Gaya. It is widely believed as per Theravada Tripitaka, that Buddha was born on this day in Lumbini, now known as Nepal approximately around the year 563 BCE. (Source: File Photo)

Buddha Purnima is celebrated by devotees of Gautam Buddha worldwide, commemorating his birthday. The festival falls in the Hindu month of Vaisakha on the day of full moon. Also known as Vesak or Buddha Day and Buddha Jayanti, this year, the festival falls on May 10. It is widely believed as per Theravada Tripitaka, that Buddha was born on this day in Lumbini, now known as Nepal approximately around the year 563 BCE.

According to legends, after his birth, an astrologer named Asita visited Suddhodana, the king and father of Buddha (then known as Siddhartha) and prophesied that the young prince will grow up to denounce all wealth and luxuries to become a holy man or become a great king — all depending on the real life that he saw outside the royal palace. While the king knew about the travails and difficulties of the real world, he prevented his son from seeing them, lest he denounces the royal life. But at the age of 29 when he stepped out of the palace, he saw and understood the sufferings and pains of people. He came across an elderly, an ailing man, a corpse and finally a satisfied looking holy man who seemed at peace. This is when the young prince denounced his royal life and decided to follow the path of asceticism and spirituality.

Although celebrated across the world as the day Buddha was born, it is also known as the day he attained salvation or Nirvana under the Mahabodhi tree at Bodh Gaya. Devotees celebrate the day by preaching and discussing the life and teachings of Lord Buddha. They offer worship and decorate Buddha’s idols with flowers, chant from the scriptures, meditate, eat simple, vegetarian food and take park in charity by donating food, clothes, shelter and money to the needy. 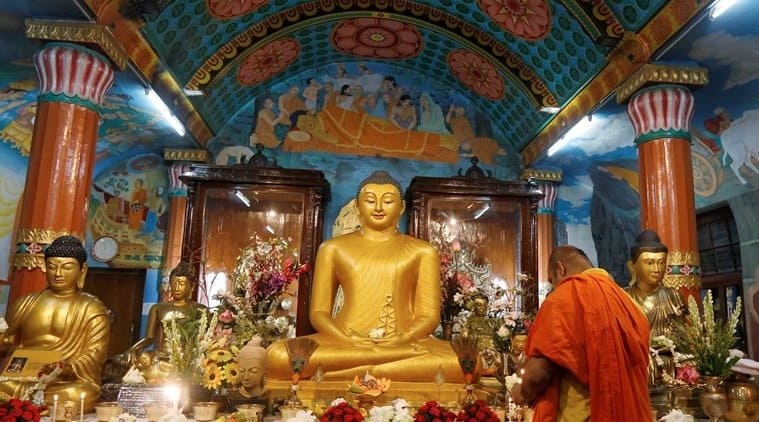 Buddha Purnima is celebrated in countries like India, Nepal, Singapore, South Korea, Japan, Sri Lanka, Thailand, Myanmar, Vietnam etc. Believed to be the birthplace of Buddha, devotees generally flock Gaya, Kushinagar and Sarnath to commemorate the religious occasion. A grand fair and a large procession is organised at Sarnath, which is believed to be the place where he conducted his first sermon. Devotees wear white clothes, pray, meditate and chant from the scriptures, following which, they make fruits and sweets’ offerings to the Buddha idols.