Anti-racism demonstrators pulled down the statue and and dumped it in Bristol harbor in June 2020 amid global protests over the police killing of a Black American man, George Floyd. 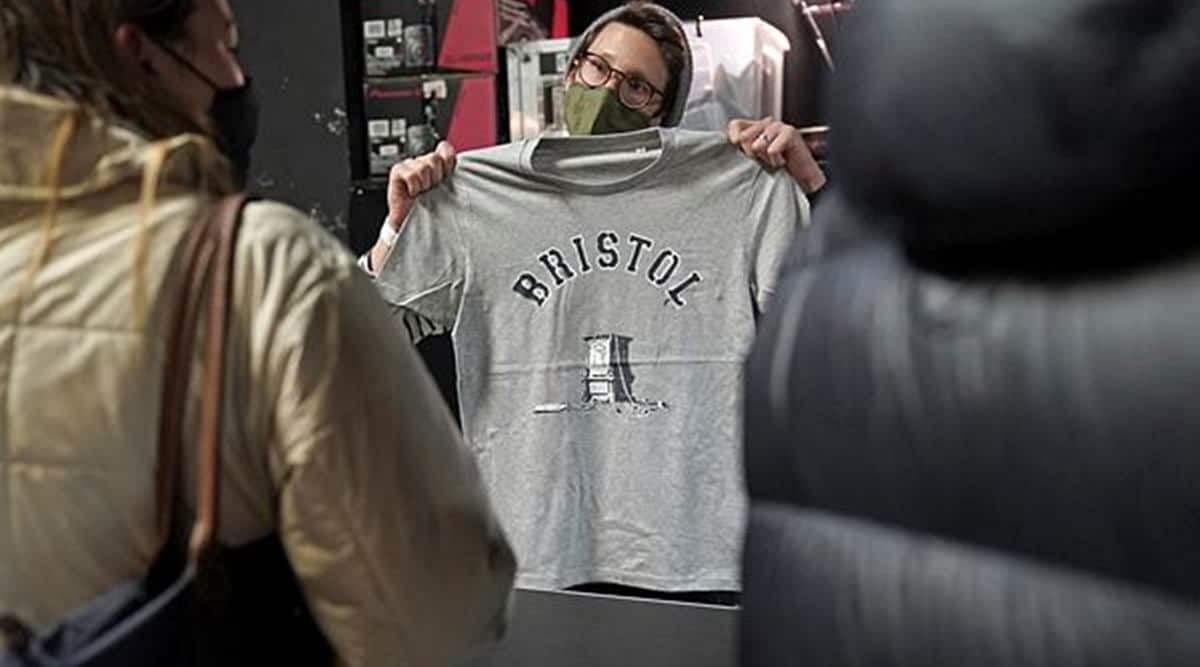 A person inside Rough Trade in Bristol, England holds up a T-shirt designed by street artist Banksy, being sold to support four people facing trial accused of criminal damage in relation to the toppling of a statue of slave trader Edward Colston. The shirts have a picture of Colston's empty plinth with a rope hanging off, with debris and a discarded sign nearby. (Jacob King/PA via AP)

People lined up Saturday in the English city of Bristol to get the latest work by elusive street artist Banksy — a T-shirt created to help four defendants charged over the toppling of a local statue of a slave trader.

The gray shirt features the word Bristol above an empty plinth like the one on which the statue of 17th-century slave merchant Edward Colston long stood.

Anti-racism demonstrators pulled down the statue and and dumped it in Bristol harbor in June 2020 amid global protests over the police killing of a Black American man, George Floyd.

Four people have been charged with criminal damage over the statue’s felling and are due to go on trial next week.

“I’ve made some souvenir shirts to mark the occasion,” Banksy said on social media Friday. “Available from various outlets in the city from tomorrow. All proceeds to the defendants so they can go for a pint.”

The T-shirts cost 25 pounds ($33) and are limited to one per customer.

Banksy’s identity has never been confirmed, but he began his career spray-painting walls and bridges in Bristol, a port city in southwest England. Some of his works have sold for millions of dollars at auction.