A tribute to Faiyaz Khan: He made the tabla sing

Ustad Faiyaz Khan, a tabla player, who played with three generations of Indian musicians, passed away in Sikar, Rajasthan on Wednesday morning. 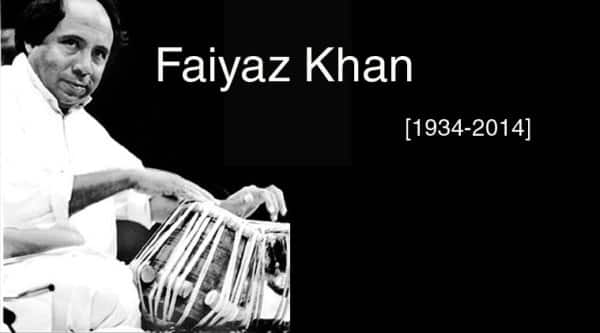 In the early ’60s, the decade which is credited to the success of Ustad Amir Khan, one of the most influential figures in Hindustani classical music, a night before a big concert was a tough one. Not for Amir but for his tabla player, a boy in his 20s, who had been partying all night. Faiyaz Khan had just gone to bed when Amir began his riyaaz in the next room at 5 am. The careful enunciation of the raga, the sparing application of murki and the aura of his voice, had Faiyaz wake up, run to his room and sit at his feet, understanding the complexities he would be dealing with at the concert in the next few hours. Faiyaz’s student Heiko Djiker says, “He was extremely sleepy but went out of respect for the great maestro. Such was the commitment.”

Ustad Faiyaz Khan (pictured), a tabla player, who played with three generations of Indian musicians, and was revered for his energetic yet elegant support with the taankari passed away in Sikar, Rajasthan on Wednesday morning. He had been hospitalised for the last month and a half due to meningitis. He is survived by two sons and five daughters.

What was interesting about Faiyaz’s baaj (playing style) was that besides playing regular and other intricate tabla rhythms with flourish, Faiyaz trained with Ramnad Ishwaran, who taught him the math of Carnatic classical rhythms. One of his most notable collaborations was with thumri queen Siddheshwari Devi with whom he toured Afghanistan in 1955. Later he went on to accompany sarod maestro Ustad Amjad Ali Khan’s father Ustad Hafiz Ali Khan, Sharan Rani, sitar legend Pandit Nikhil Banerjee, Pandit Hariprasad Chaurasia, and Ustad Vilayat Khan among others.

Pandit Ramakant Gundecha, of dhrupad duo Gundecha Brothers, remembers the “old style” and tehzeeb of accompanying an act. “We met him in Holland, where he would teach often. He made his tabla sing with an interesting and delicate tone. Tabla has acquired quite a bit of glamour quotient today with percussionists trying to dominate the main act. He never did. He was interested in weaving his rhythms in the performance,” said Ramakant Gundecha.

The burial will take place on Thursday morning at Sikar and is likely to be attended by a host of musicians.