The father who fought against all odds, rescuing his son from cancer’s cruel clutches!

Shaurya’s father, Deepak Chaurasia, worked as a team leader at Syska Accessories, earning a sum of ₹18,000 per month, and his mother was a homemaker. Deepak was the sole earning member in the family of 5. 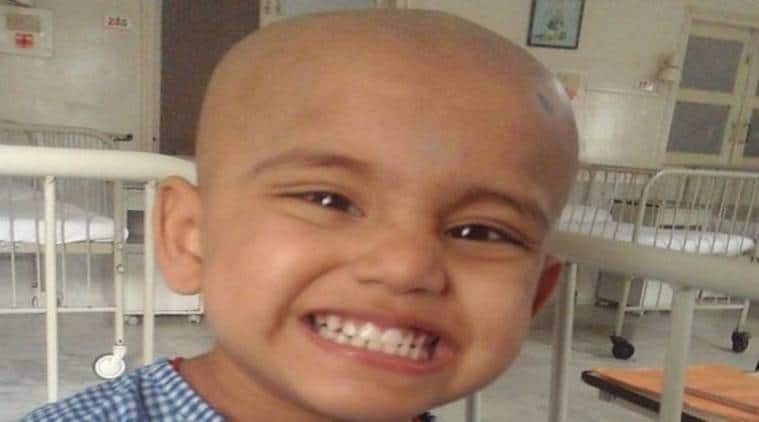 Shaurya was 2 years old when he was diagnosed with Leukemia. At an age where children are still learning how to speak, he was battling cancer. It was a fight to stay alive and the brave kid fought with a smile on his face, defeating the monster for good.

Shaurya’s father, Deepak Chaurasia, worked as a team leader at Syska Accessories, earning a sum of ₹18,000 per month, and his mother was a homemaker. Deepak was the sole earning member in the family of 5. While Shaurya was battling his disease, his father was fighting a war of his own. Shaurya’s diagnosis had devastated him and on top of it were the rapidly piling medical expenses. Herculean treatment costs resulted in him exhausting all his savings.

Shaurya required four more chemotherapy sessions when his father’s savings were drained. There was no source of help left. A behemoth amount of 15 Lacs stood between him and his son’s health. Deepak had nowhere to go, and because his son’s life was at stake, giving up was not an option.

He came across Ketto, the crowdfunding platform that had helped many others like him, and decided to give crowdfunding a shot. He started his campaign, wrote his story, and waited. Little did he know, that this would prove to be the best decision for his son!

Ketto helped him by creating a dedicated campaign dashboard and raising awareness with the help of social media channels and publishers like The Indian Express. Shaurya’s story was compelling and resonated with people. Within a month, an amount of 15 Lacs was raised. The toddler underwent the required treatment, and soon, things started getting better for him.

As of July 13, Shaurya is fine. He has gotten healthier. Apart from the taking the prescribed medicine course till December 2019, he has to go through chemotherapy and bone marrow examination every 3 months. He is eating and drinking normally and being an active kid, loves to play with his friends.

Deepak’s life has become full of joy, now that his son is healthy and happy.

Where we made a difference