Ravi Shankar Prasad said the exam for the judicial services can be conducted "at the national level, something like the UPSC, under the Supreme Court's control. 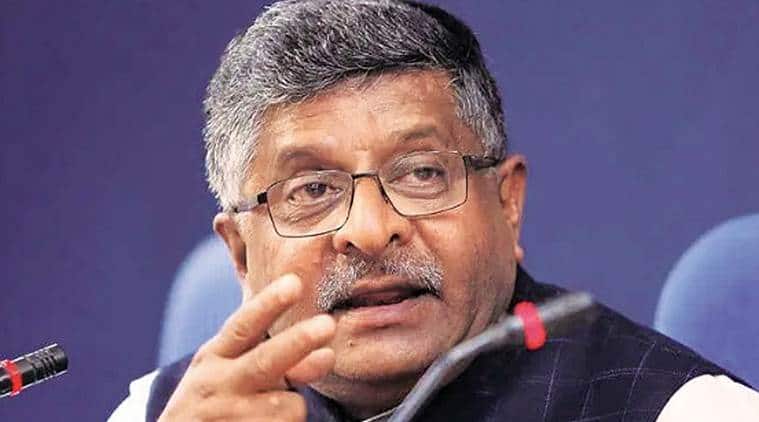 It is high time to have an All India Judicial Service on the patterns of central civil services such as IAS and IPS to rope in talent in the judiciary, Law Minister Ravi Shankar Prasad said in the Rajya Sabha on Thursday. Prasad said the exam for the judicial services can be conducted “at the national level, something like the UPSC (and) obviously under the Supreme Court’s control, where we can induct the best talent.”

“As India has IAS, IPS, Indian Revenue Service (IRS) it is high time we must have a proper All India Judicial Service conducted at the national level,” Prasad said in the Upper House during the Question Hour.

This is needed to utilise and bring talent in the judiciary, the law minister said while replying to a supplementary.

Prasad said that “as far as emphasis on more induction of talent is concerned, we are proposing to have an All India Judicial Service”. Besides all-India postings, the jobs can have the provision of reservation for those from the scheduled castes and scheduled tribes, and other marginalised communities so that their talent can also be used ultimately in the judiciary, he said.

In reply to another supplementary, the law minster said there is no proposal to appoint retired judges. “But as far as judiciary is concerned, both on the judicial side of judges and also on the administrative side for staff judge, recruitment is done in various High Courts, district courts and Supreme Court,” he said.

Decoded: Why women are susceptible to autoimmune disorders