India will see a new PM, says Akhilesh when asked about Rahul Gandhi

Taking a dig at BJP's victory in UP assembly polls last year, the SP leader alleged, they won by "dividing society on the basis of caste and religion." 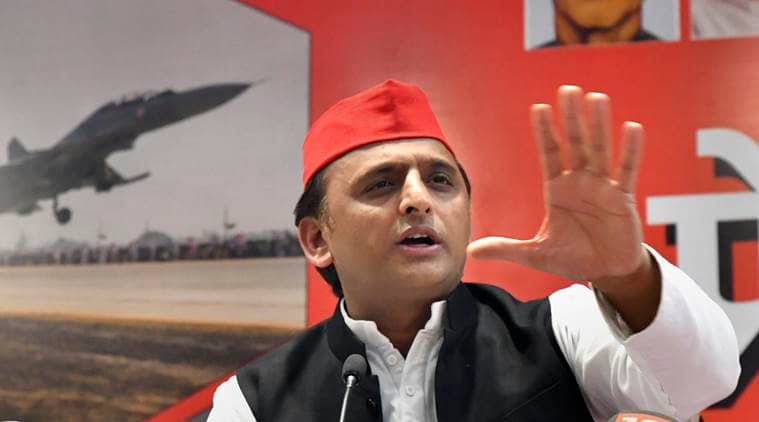 Yadav, however, noted the Congress supporting the SP and Bahujan Samaj Party (BSP) during the recent by-elections in Kairana, Phulpur and Gorakhpur, where BJP suffered massive losses. “Whenever the Congress people talk, they talk very sweetly,” he quipped.

Commenting on the possibility of an SP-BSP alliance for the upcoming general elections in 2019, Yadav said, “You will soon learn about a (new) coalition.” He added, “The BJP has formed a coalition with 47 political parties at the Centre. We are also in favour of a coalition.” He also said that his party will support all the forces which are fighting for social justice.

Taking a dig at BJP’s victory in UP assembly polls last year, the SP leader alleged, they won by “dividing society on the basis of caste and religion.” He parried a question on his party’s stand on the triple talaq bill in Parliament. “You will come to know our stand whenever the bill comes up for discussion,” the former Uttar Pradesh chief minister said.

Talking about PM Modi’s Ganga clean-up drive, Yadav claimed that the BJP had “deceived” the holy river, which is now more polluted than ever. Yadav said the river cannot be cleaned unless its tributaries are cleaned up.

Continuing the attack on PM Modi, the SP leader said, “The prime minister is inaugurating schemes and development works executed by the SP government.” He also claimed that the current UP government, led by Yogi Adityanath, has cheated the farmers with “false promise of farm loan waiver.”