Taj Mahal: From Yogi Adityanath to Sangeet Som, here is who said what

BJP MLA from Uttar Pradesh Sangeet Som triggered a controversy on Monday when he questioned the history of the Taj Mahal. 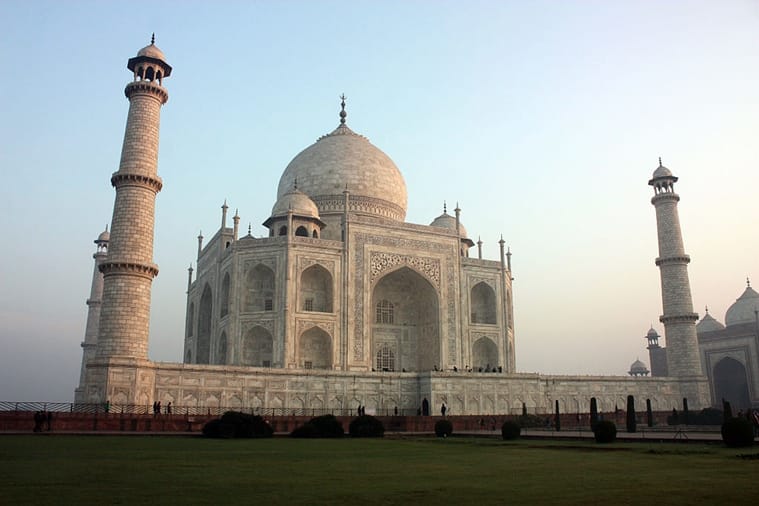 BJP MLA from Uttar Pradesh Sangeet Som triggered a controversy on Monday when he questioned the history of the Taj Mahal. Speaking at an event, the riot-accused MLA said the governments in UP and at the Centre are working to remove the ‘Mughal blot’ on India’s culture. Just days earlier, the UNESCO heritage site was at the spotlight when the Uttar Pradesh government’s culture department did not include the monument in its booklet. The booklet features most of the cultural and religious sites of tourism and carries names of temples from Mathura, Ayodhya and Gorakhpur. Giving special attention to sites pertaining to the Hindu religion, it promotes Ayodhya as the birthplace of Hindu god Ram and Mathura-Vrindavan for their links to another Hindu deity Krishna.

Som has come under fire from opposition parties over his remark on the Taj. Though the BJP has distanced itself from his remarks, party spokesperson G V L Rao called the ‘Islamic rule — around 800 years — was a period of extreme exploitation, insane barbarism and unprecedented intolerance to the other faith.’

Sangeet Som: Many people were pained to see that the Taj Mahal had been removed from the list of historical places… what history… which history… the person who made Taj Mahal imprisoned his father… he targeted the Hindus of Uttar Pradesh and India… if these people still find place in history, then it is very unfortunate… and I guarantee that history will be changed.

GVL Narsimha Rao: As a party, we do not have a view on any individual monuments. But, broadly speaking, the period of Islamic rule — around 800 years — was a period of extreme exploitation, insane barbarism and unprecedented intolerance to the other faith. If anyone tries to gloss over these facts, it will be actually distorting history. It is well documented by historians of world stature that Muslim invasion and its rule represented the most oppressive and regressive world over.

Yogi Adityanath: It does not matter who built it (Taj Mahal) and for what reason; it was built by blood and sweat of Indian labourers.

Dinesh Sharma, Deputy CM, UP: Mughal rulers were not our ancestors but looters. We consider Mughal rulers who did wrong acts as looters. A culture where a son kills his father for the throne or the hands of Taj Mahal builders are chopped off cannot be our culture. Our culture honours artistes and scientists.

Yogi Adityanath, on Taj Mahal missing from UP Tourism booklet: “Taj Mahal is a very prominent tourist centre. We have initiated a number of schemes for its development in the tourism point of view.”

Akhilesh Yadav, President, SP: As far as we Samajwadis are concerned, all I can say is that Taj Mahal gives jobs and employment to a large number of people. Business also thrives, undoubtedly, Taj Mahal is an architectural beauty for all of us. But along with that, I think there will not be any monument in the world that will have a story about a person building a monument in memory of his beloved. Hence, it occupies a space in the wonders of the world.

Laxmi Narayan Chaudhary, Minister for Religious Affairs and Culture: People asked me questions, comparing Gorakhnath Peeth with Taj Mahal… I just tried to clarify that no such comparison should be made as Gorakhnath Peeth is a centre of adhyatma (spirituality) and religion, while Taj Mahal is merely a place of beauty and tourism.”

Ram Naik, Governor of Uttar Pradesh: TajMahal is one of the wonders of the world, to drag it into controversies is not correct.