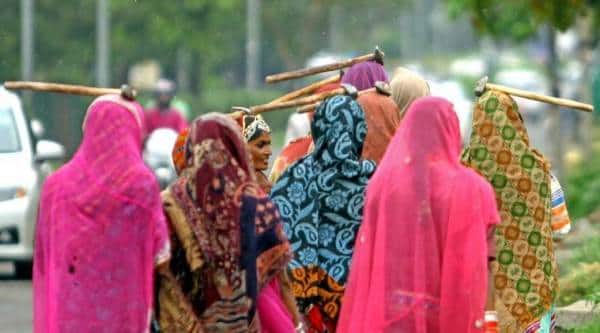 Women may be highly educated compared to their counterparts in other Indian states, but they are far behind men in terms of work participation rate. (Representational)

Kerala has a slew of social and economic parameters that project greater empowerment of women in the state. But the contribution of women to the general workforce is not one of them.

A report released by the economics and statistics department of the state government attests that wide gender disparities continue to exist in the state’s labour markets. Women may be highly educated compared to their counterparts in other Indian states, but they are far behind men in terms of work participation rate as well as wage levels in both rural and urban areas.

The report ‘Gender Statistics 2017-18’ compiled on the basis of data from a range of government agencies, NSSO and agricultural census shows that Labour Force Participation Rate (LFPR), defined as the ratio of labour force (including employed and unemployed) to the total population, of women is far less than the corresponding figure for men. Also, the female unemployment rate is higher than the male unemployment rate in most districts of Kerala, the report states.

In terms of wages too, there are high gender disparities especially among casual labourers. Men casual labourers are paid almost double than their female counterparts in both urban and rural areas. While a man in a rural area in Kerala earns Rs 345.12 a day in the casual labour space, a woman earns only around Rs 169.61. In urban areas, the corresponding figures for men and women are Rs 335.76 and Rs 167.56 respectively.

“Male employees earn higher average salary than females in almost all employment categories. The sectoral distribution of employment in Kerala shows male dominance in all sectors,” the report notes.

According to NSS 68th round data, the widest gender gap in worker population ratio in rural and urban areas was observed in Malappuram district, the most populous in the state.

As of 2017-18, female job-seekers in Kerala accounted for a whopping 63.20 per cent of the total persons seeking employment in the state, with the highest figures being reported from state capital of Thiruvananthapuram followed by Kozhikode and Kollam.

Over a lakh women work in the public sector as part of the state government and account for 39 per cent of the total jobs.