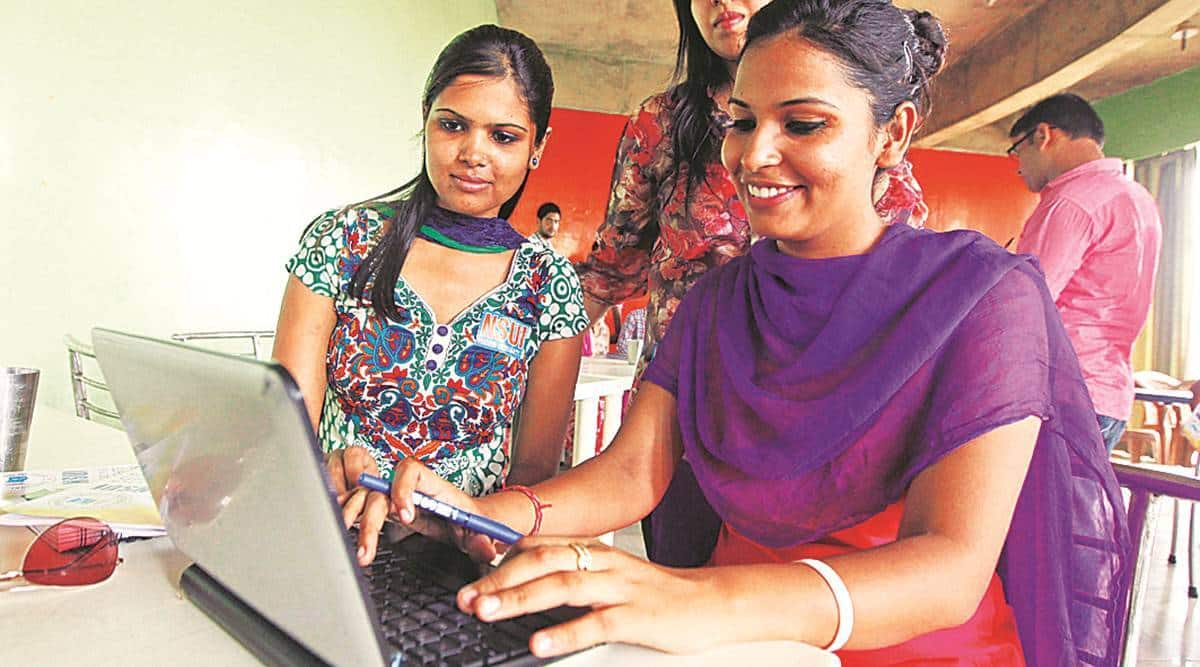 The report analyses the primary data from Centre for Monitoring Indian Economy’s (CMIE) household survey held from Jan 2018 to Dec 2021.

Women constitute only one third of internet users in India, said a study conducted by NGO Oxfam India.

In Asia-Pacific, India fares the worst with the widest gender gap of 40.4 per cent, says the study. The report also points to rural-urban digital divide. “Despite registering a significant (digital) growth rate of 13 per cent in a year, only 31 per cent of the rural population uses Internet compared to 67 percent of their urban counterparts,” says the report.

The report analyses the primary data from Centre for Monitoring Indian Economy’s (CMIE) household survey held from Jan 2018 to Dec 2021.

Among states, Maharashtra has the highest internet penetration, followed by Goa and Kerala, while Bihar has the lowest, followed by Chhattisgarh and Jharkhand, the report said.

“As per the NSS (2017-18), only about 9 per cent of the students who were enrolled in any course had access to a computer with internet and 25 percent of enrolled students had access to the internet through any kind of devices,” says the report.

The digital push driven by the pandemic resulted in India experiencing the largest number of real-time digital transactions in 2021 at 48.6 billion.

However, the likelihood of a digital payment by the richest 60 per cent is four times more than the poorest 40 per cent in India.

In rural India, the tendency to use formal financial services is lowest for ST households, followed by SC households and OBC households.

According to UN’s e-participation index (2022), which is a composite measure of three important dimensions of e-government, namely provision of online services, telecommunication connectivity and human capacity, India ranks 105 out of 193 nations, it said.

The likelihood of access to a computer is more for the General and OBC groups than for the SC and ST populations. The difference between the general category and ST is as high as seven to eight per cent between 2018 and 2021.

The chances of having a computer are higher with higher levels of education as well as income. As much as 99 per cent rural population did not have a computer post the Pandemic – an increase of two per cent— while the urban population witnessed an increase of seven per cent to 91 per cent.

Among all religions, Sikhs have highest likelihood of having a computer followed by Christians, Hindus and lastly Muslims.