He will be in conversation with Anant Goenka, Executive Director, The Indian Express Group, and Seema Chishti, Deputy Editor. 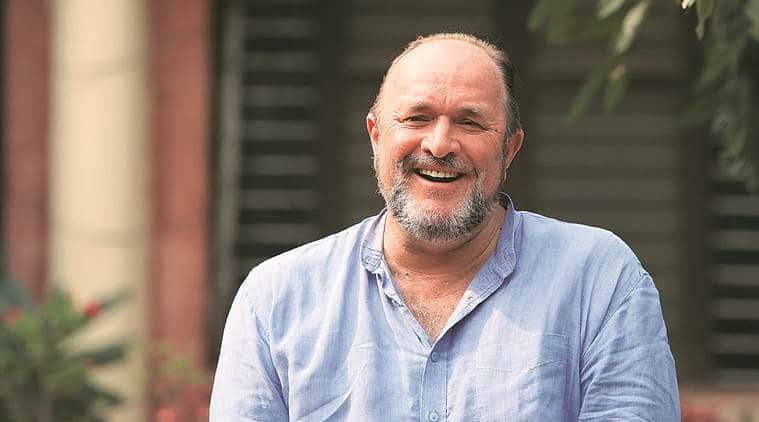 Born in Scotland in 1965, William Dalrymple was educated at Ampleforth and Trinity College, Cambridge

Dalrymple will be the guest at the Express Adda in New Delhi on Tuesday. He will be in conversation with Anant Goenka, Executive Director, The Indian Express Group, and Seema Chishti, Deputy Editor.

Born in Scotland in 1965, Dalrymple was educated at Ampleforth and Trinity College, Cambridge. While still in college, he wrote his first book, In Xanadu, at the age of 22; it won the 1990 Yorkshire Post Best First Work Award and was shortlisted for the John Llewellyn Rhys Memorial Prize.

A consummate storyteller, Dalrymple’s long engagement with India began when he moved to the country to write one of his most popular books to date — City of Djinns: A Year in Delhi (1993). It won the 1994 Thomas Cook Travel Book Award and the Sunday Times Young British Writer of the Year Award. After a slew of successful books on travel writing, Dalrymple moved to another enduring interest of his — popular history. His fifth book, The White Mughals (2002), won Britain’s most prestigious history prize, the Wolfson Prize, the following year. It will soon be made into a feature film directed by Ralph Fiennes.

Since then, Dalrymple’s love affair with the Mughals has seen the publication of two more books: Begums, Thugs & White Mughals: The Journals of Fanny Parkes (2002) and The Last Mughal, The Fall of a Dynasty, Delhi 1857 in 2006. That same year, along with writer Namita Gokhale and Sanjoy Roy of Teamwork Arts, he founded the Jaipur Literature Festival (JLF), one of the world’s most celebrated literary festivals.

A frequent broadcaster, Dalrymple has written and presented three television series, one of which won the Grierson Award for Best Documentary Series at BAFTA. He has also been awarded five honorary doctorates and held visiting fellowships at Princeton and Brown. In 2018, he was presented the prestigious President’s Medal by the British Academy for his outstanding literary achievements and for co-founding JLF.