India is the story of migration…its cultural richness comes from that multiple layering: William Dalrymple

At the Express Adda in Delhi last week, writer William Dalrymple spoke about the rise of the right wing across the world, how India has benefited from immigration, the importance of teaching history and his latest book on the East India Company. I always try and find a story that has a contemporary resonance. White Mughals (2002) was just after 9/11, everyone was talking about clash of civilisations. It was about how the East and the West have never been alienated from each other, and there were always possibilities of crossover. There was a porousness of identities. Privately, at the centre of the story, you have an East India Company resident, who converts to Islam and becomes a double agent, working against the company. This message seemed important at the time. I wrote Return of the King (2012) just after the West had gone back into Afghanistan and seemed ignorant of the lessons that previous incursions into the region had got them, particularly the catastrophe of 1839 when British army got completely wiped out, and famously only one man, Dr (William) Brydon, made it out on a pony to tell the news. Anarchy is very much in that line. I think history is most interesting when it has a lesson for us today.

On Anarchy and audacity of the Company

Anarchy has two combined stories. One has been forgotten, not accidentally; it has been deliberately removed from the record. The Victorians were embarrassed by the crude commercial, capitalist, grubby way that the Empire had started. They respun it as a story of glorious conquest. In reality, of course, it wasn’t the British per say, it was one London company, in a small office block. The evil genius of the Company is the way it was able to exploit the profit motive of the Indian bankers. The audacity of the Company was to borrow money from Indian financiers to pay for Indian troops and to conquer India. It’s a story so improbable that if you take it to Netflix, they will laugh you out of court, but it happened.

Read | William Dalrymple: Pollution, politics… imagining a future where I might not die here

On the global right-wing swell 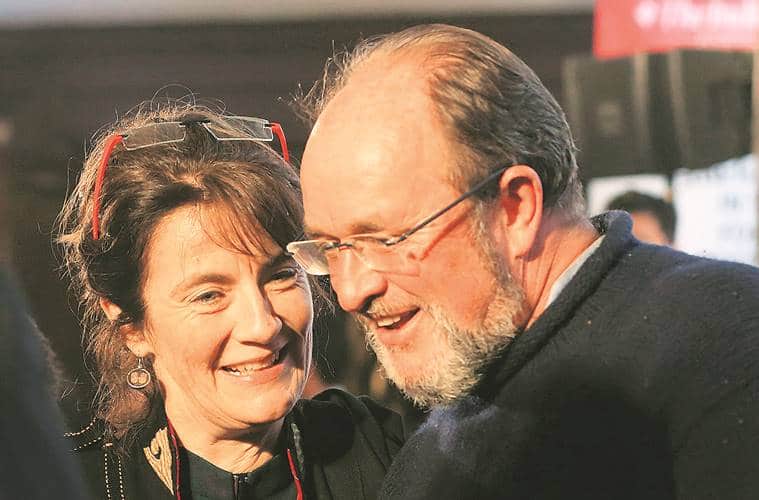 On India at its prime

Hindutva myth apart, this country had an extraordinary millennium between about 400 AD and 1200 AD, when you have the whole of Southeast Asia adopting Sanskrit names; you have the churning of the ocean on the back wall of the Angkor Wat; the Ramayana passing all the way down to Java and Malaysia. You have this huge Sanskrit cosmopolis which is converted to Indian ways through soft power rather than through conquests.

What I think has happened is that the civilisational story of India at its most brilliant, beaming out ideas of kingship, technology, ways of living and the Sanskrit language gets divided into two different departments — you get the story of the spread of Buddhism and the story of the Sanskritisation of Southeast Asia… Chinese traveller, Hiuen Tsang, sets off from China, and says, ‘The country in the world most admired by educated people is India’…In fact, it’s one story of India commanding the imagination of Asia during this period. 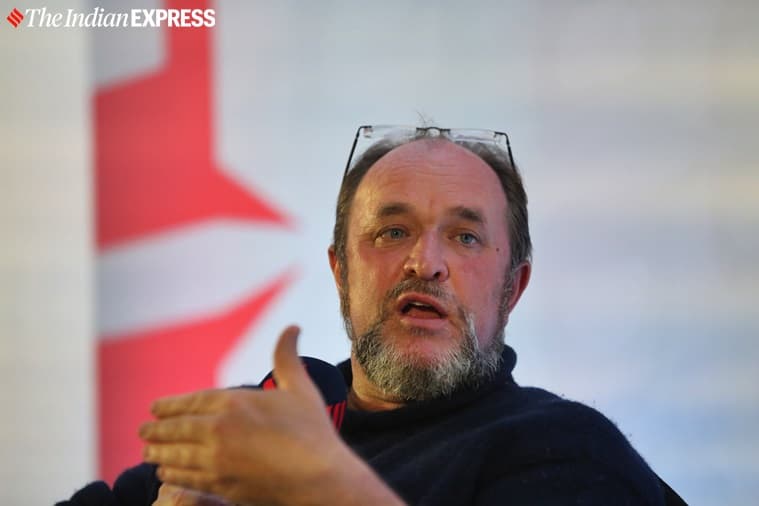 “Yes, India is a huge mixed pot of million migrations. You are all immigrants, man originated in Africa and everyone of you in this room has the genes of those early out of African migration..”, Dalrymple said. (Express photo: Tashi Tobgyal)

On the theory of clash of civilisation and its effect

This one book that I have written, which doesn’t deal with this part of the world, is called From the Holy Mountain (1997). It’s about the Middle East and the Eastern Christians, and what struck me, writing it with Huntingdon in the background, was the extraordinary way in which Islam and Christianity, which are said to be very different, grew out of the same world. Christianity is not a Western religion as people tend to imagine, it grew up in Israel, Palestine, received its intellectual superstructure in Alexandria and Istanbul before it made it to Western Europe. When you travel to Eastern Turkey, Syria, you see how Eastern Christians pray with prostration, like in Islam. When you see the specifics, you see the common roots and it’s very easy to undermine divisive theories based on wild generalisations based on classes and religions.

I think the Eastern Mediterranean world, until recently, was as divided. The whole Ottoman world, every town, had Sunnis, Shias, five types of Christians, Jews, Yazidis. This isn’t the only very plural society in the world. It’s an incredibly plural society, which is one of the most wonderful things about it and how different philosophies have emanated from it. But it’s not unique. There are other societies in the world which are not monolingual and monocultural. 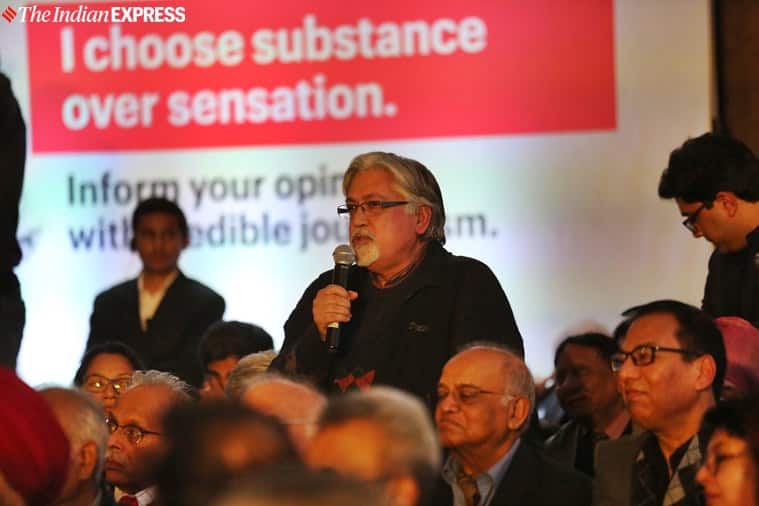 On the importance of teaching history to children

It’s crucial and hugely important and one has huge respect for a country like Germany, which has faced up to the crimes and teaches its students, and that they in a sense can walk on to the next century unencumbered by that baggage, having faced it, apologised for it, and moved on. The British simply haven’t done that. It isn’t that they deny it, it’s just that when the Empire ended, they, in a sense, just packaged it all up, put it into a trunk and forgot about it. So my kids going to school learned about the Tudors and then learned about the Nazis, and there is a brief stop on the way for the British liberating the slaves. The impression they’ve given is that Britain is this anti-racist force in history, which has been fighting racism and bigotry. Which is why you see generations of British High Commissioners and well-meaning diplomats coming here, assuming that India is this friend of Britain that loves us to death.

On the right-wing alleging that after Independence, the academic part of managing the country was given to the left

It is true that the early Nehruvian textbooks were written by Romila Thapar and so on, many of whom were Marxists. Sometimes, those textbooks did sort of emphasise a slightly rose-tinted vision of Hindu-Muslim unity running through the whole of the Delhi Sultanate right through the Mughals, which left room for the right wing to say this isn’t history. But the reality was that all those Nehruvian historians were great historians which the right wing successors were not.

On whether he would like to write a textbook

Not much… but the serious point is that every nation has its myths, and its mythologies are often reflected and some of them come out of their school textbooks… Then there are certain parts of the world like India or Israel-Palestine, where history is so politicised that textbooks get rewritten depending on who’s in government.

On how important it is for the Empire to apologise

So the first thing that’s important to me, more so than any of the rest, is education. You’ve got to tell people what their ancestors did — good and bad. There are things we can be proud of, the health service in 1947 was the best in Asia, the universities were the best in Asia. It isn’t like it’s an unbroken chamber of horrors, but that the British took the richest country in the world and turned it into an economic basket case is unquestionable history. When the Company took control of Plassey, India controlled 30 per cent of world GDP and when Lord Mountbatten sailed away in 1947, I think it was seven per cent. Should there be an apology? Yes, in due course. What the Archbishop of Canterbury did at Jallianwala Bagh seems to be entirely appropriate and necessary. What I’m worried about is the sort of apology that was being mooted when (David) Cameron arrived with a chain of British businessmen wanting contracts… that an apology could be sort of a pro quid quo for some sort of economic deal. 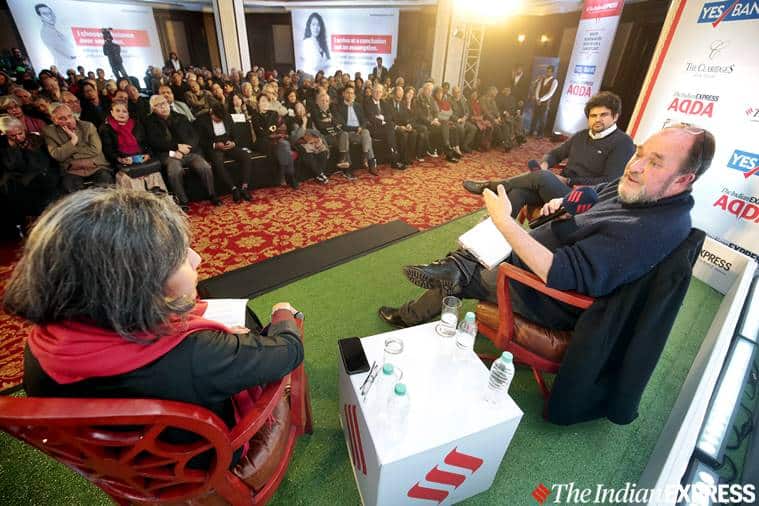 “Anarchy has two combined stories. One has been forgotten, not accidentally; it has been deliberately removed from the record.”, Dalrymple added. (Express photo: Praveen Khanna)

On the possibility of a Scottish referendum

My family were politicians that helped bring about the Acts of Union 1707 stitching England and Scotland together, they’ve only been together 300 years, and I voted for the union at the last referendum. But, if we end up with a little Britain, a little England run by Boris Johnson pulling out of Europe, we Scots want to be part of Europe. I think Nicola Sturgeon will not get her referendum under Boris Johnson — there has been one only five years ago.

On whether India has benefited from immigration

Yes, India is a huge mixed pot of million migrations. You are all immigrants, man originated in Africa and everyone of you in this room has the genes of those early out of African migration… I firmly believe that the richness of this country culturally comes from that multiple layering. So it’s a history of conflict but the richness of Indian culture comes from that.

What is BrahMos missile’s latest upgrade?