The main reason for rejecting the DCT (as opposed to DBT) option was the belief that paying market price for fertilisers upfront would result in additional financial burden. 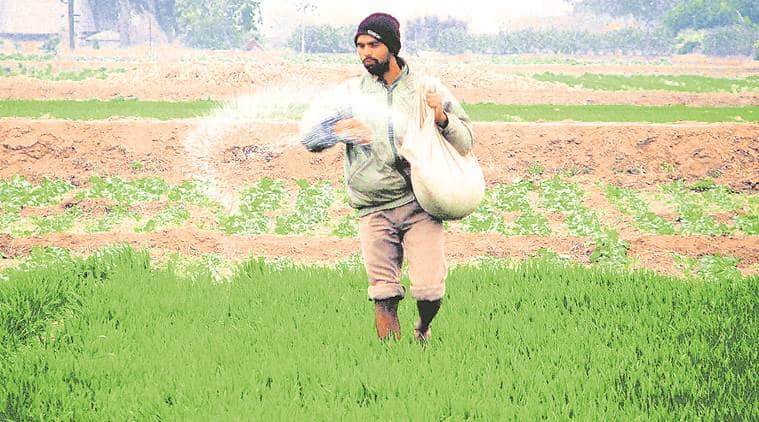 Farmers are suspicious about DCT following their experience with subsidy on liquefied petroleum gas cylinders paid into their bank accounts.

More than three-fourths of Indian farmers like the new system of fertiliser subsidy linked to sales made to them by retailers being registered on point-of-sale (PoS) machines. This so-called direct benefit transfer (DBT) system, wherein the subsidy to fertiliser companies is also released only after actual retail sales take place, is preferred by 76.5% of farmers, as per the findings of a nationwide study commissioned by NITI Aayog.

The reasons for farmers’ approval of DBT — over the earlier system of manual distribution, where subsidy was paid to companies once their dispatched material had reached the railhead point or approved godown of a district — include its being able to track the real buyer, curb diversion to non-farmers, and reduce overcharging by retailers.

The 18.7% farmers who preferred the manual distribution system (the rest 4.8% expressed indifference) cited issues relating to fingerprint mismatch, longer transaction/ waiting time and server connectivity. Under DBT, a farmer buying subsidised fertilisers has to provide his/her Aadhaar, voter identification or Kisan credit card (KCC) number. The quantity of each nutrient purchased, along with the farmer’s name and biometric or other authentication, have to be captured on the POS device linked to the Department of Fertilisers’ central server. Only upon the farmer getting a printed receipt, and the sale transaction being recorded on the system, is the company eligible to receive the subsidy.

The NITI Aayog study covering 11,281 farmers and 1,182 retailers in 54 districts across 18 states — undertaken by -MicroSave Consulting during the July-September 2018 kharif season — has found 79.8% of fertiliser sale transactions happening through Aadhaar authentication and another 6.4% based on furnishing of voter ID or KCC number.

Only in the remaining 13.8% transactions, in which farmers couldn’t provide their Aadhaar details or the PoS machines were non-functional due to connectivity problems, did the retailers resort to manual transactions. However, even in so-called non-manual transactions, there were many instances of sales made to multiple farmers using a single Aadhaar authentication. Such “adjustments” were done especially during the peak season, where retailers had to service several customers at any given time. They, then, “managed” sales through multiple PoS transactions against one Aadhaar number or by asking farmers to purchase manually and do the biometric authentication later. The average transaction time, from the farmer giving his Aadhaar/election ID/KCC number to getting a printed receipt, was 3-4 minutes.

But the overall satisfaction with DBT notwithstanding, only 36.4% of farmers covered in the study favoured direct cash transfers (DCT) — in other words, buying fertiliser at market rates and then receiving money from the government in their bank accounts. The balance 63.6% farmers wanted the existing mechanism, of fertiliser being retailed at below-market price and the government paying subsidy to companies, to continue. This was despite 95.5% of the surveyed farmers having individual accounts.

The main reason for rejecting the DCT (as opposed to DBT) option was the belief that paying market price for fertilisers upfront would result in additional financial burden.

A one-acre farmer buying, say, four bags of urea, two bags of di-ammonium phosphate and one bag of muriate of potash for two crops annually has to now pay Rs 4,466 at their respective subsidised retail prices of around Rs 266.5, Rs 1,250 and Rs 900 per bag. But if the same fertilisers were purchased at their un-subsidised rates of roughly Rs 1,100, Rs 1,770 and 1,234 per bag, respectively, he would have to shell out Rs 9,174. And this, without including the interest on the increased amount, which the farmer would typically have to borrow from informal lenders.

Farmers are suspicious about DCT following their experience with subsidy on liquefied petroleum gas cylinders paid into their bank accounts. On many occasions, the cash subsidy was received late or even not at all. According to the survey, “farmers believed that they would face similar issues in DCT in fertilisers”.

The Indian Express had earlier reported that the Narendra Modi government is working on a proposal to pay fertiliser subsidy directly to farmers by giving this in advance, thereby saving them the burden of paying the un-subsidised rates upfront. One idea currently being discussed is to create an e-wallet account for every farmer and transfer money to that before the kharif or rabi sowing season. “The e-wallet may be used only for purchase of fertiliser through PoS machines. The money transferred would be non-lapsable; the unspent amounts can be taken forward to the next season,” a top official said.

Explained: How a waqf is created, and the laws that govern such properties