West Bengal gram panchayat elections LIVE UPDATES: At least 20 people were injured in Cooch Behar district while another 20 have been reported to sustain injuries after a crude bomb exploded in Amdanga’s Sadhanpur in North 24 Parganas, reported ANI. (Express photo by Partha Paul)

At least twelve people were reportedly killed and several others were injured after violent clashes broke out between rival groups during the panchayat elections currently being held in West Bengal. Around 73 per cent of voting was recorded till 5 pm, IANS reported.

In North Dinajpur, three crude bombs were found near a polling booth at Galaisura, around three km from the district headquarters in Raiganj, police said. Of the three bombs, two were found on railway tracks, sources in the Railway Police Force said. Around 71,500 armed personnel have been deployed to keep an eye on every booth, reports IANS. Armed forces have also arrived from Assam, Odisha, Sikkim and Andhra Pradesh to strengthen security arrangements.

READ | To ensure there is a contest today, Opposition makes it TMC vs rest

The State Election Commission said the polling percentage was 73 at the end of voting hours, though the numbers would go up since 4.5 lakh voters were still queued up across the state, IANS reported.

CPI(M) leader Sitaram Yechury dismissed TMC leader Derek O'Brien's remarks that violence occurred during the Left rule too, saying had it been true, Mamata Banerjee would never have come to power in the state. "This itself shows that they are defensive and guilty. Media is showing what is happening. If this was happening during Left Front rule, then the TMC government would never have come in Bengal and the chief minister would not have been the chief minister of Bengal," the CPI(M) general secretary told reporters. He added, "First they didn't allow people to file nominations. Second after filing nominations, TMC started threatening the candidates to withdraw. The people who didn't withdraw they were attacked. This is nothing but a complete destruction of democratic process. We do not support president's rule. CPI(M) would answer it back democratically. And that democratic resistance has begun and that what would be our answer."

A Home Ministry official said the state government has been told to provide a detailed report on the circumstances leading to the violence and the steps taken to restore peace and punish those involved in the violence. Despite massive security arrangements, 12 people have been killed so far.

According to news agency ANI, the Ministry of Home Affairs  has sought a report from the West Bengal government on incidents of violence during the elections. 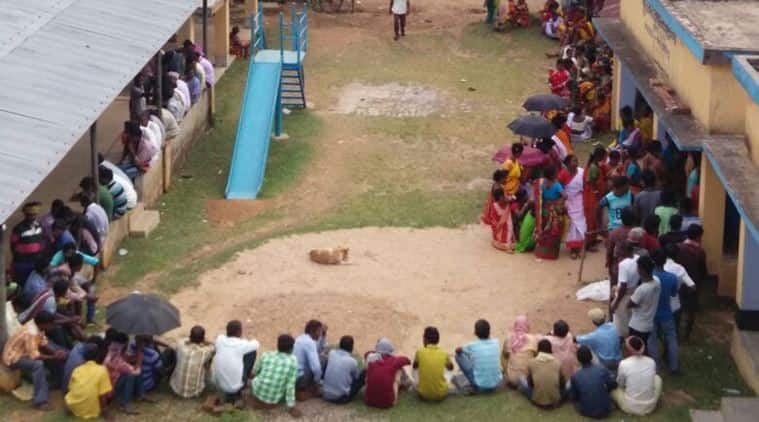 As the opposition continued to train its guns on the Mamata Banerjee-led government over the increasing violence in the ongoing West Bengal Panchayat elections, senior Trinamool Congress (TMC) leader Derek O’Brien listed the number of deaths that took place since the 1990s and accused the CPI(M) and BJP of “deliberately trying to foment trouble”.

People of Bengal will protest this authoritarianism: Mohammad Salim

CPI(M) politbureau member Mohammad Salim also condemned the violence in West Bengal and called the electoral process a "farce". He tweeted, "Large scale violence during Panchayat Elections in WB. Witness the rape and killing of Democracy by the Jungle Raj of @MamataOfficial & TMC. The whole electoral process has become a farce. The people of Bengal will come out on the streets to protest this authoritarianism."

Large scale violence during Panchayat Elections in WB. Witness the rape and killing of Democracy by the Jungle Raj of @MamataOfficial & TMC. The whole electoral process has become a farce. The people of Bengal will come out on the streets to protest this authoritarianism. pic.twitter.com/z3w3e4t8FI

Surjya Kanta Mishra, secretary of West Bengal CPI(M) state committee, tweeted, "Nobody should have any illusion of having free and fair election in Bengal in TMC rule or BJP can resist this onslaught on democracy. Only the people united against both the evils is invincible. To build a revolutionary party with mass line is the main task."

Nobody should have any illusion of having free and fair election in Bengal in TMC rule or BJP can resist this onslaught on democracy. Only the people united against both the evils is invincible. To build a revolutionary party with mass line is the main task. pic.twitter.com/YvkqOTYDUp

It is for the world to see how #TMChhi lets WB's Maa Maati Manush suffer in utter chaos.Bengal gets wounded and sheds blood every time TMC goons brutally attack the state's democracy and peace.Dreadful visuals of the Panchayat Polls prove just that.#MamataSupariKillerOfDemocracy https://t.co/tvk5tQrUaS

Ballot boxes were looted at gunpoint by unidentified people at polling booths numbered 44, 45 and 45K booths in Murshidabad, reports ANI.

Clashes break out between TMC and Congress supporters in Murshidabad

Why is BSF interfering in #Bengal #PanchayatElection in Dakshin Dinajpur and other border districts? Are BSF govt employees or BJP employees? Have they been told to help #BJP? Reminder: law and order is a State subject.

The three-tier state panchayat polls are happening after several delays, amid reports of violence and allegations of the TMC threatening the Opposition. With the TMC winning 34 per cent of the panchayat seats “uncontested”, 1,15,611 candidates (the TMC’s 31,709, the BJP’s 22,637 the CPM’s 16,699) are in the fray for the remaining.

ALSO READ | Time for a break