While attaching his assets, including a villa in Dubai and five Swiss Bank accounts, the ED claimed: “Rajiv Saxena has admitted to laundering the proceeds of crime not only of AgustaWestland deal but also various other defence deals.” 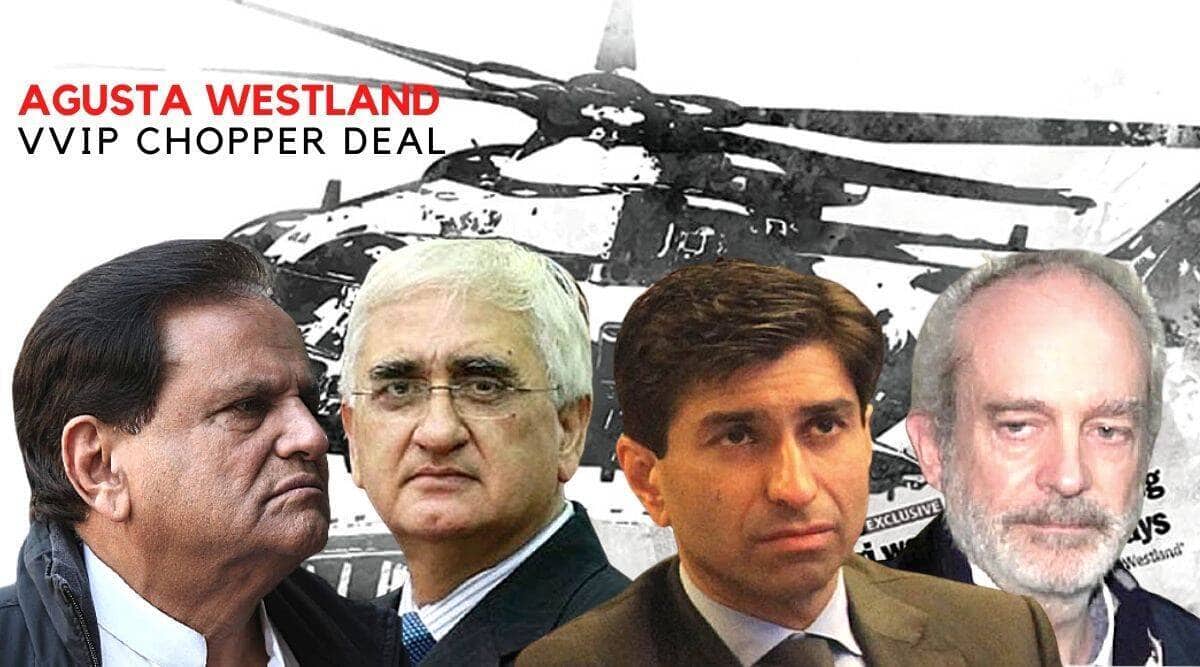 During questioning on August 18, 2019, Saxena described how, following the arrest of his wife Shivani Saxena by the ED in July 2017, he held discussions with Ratul Puri “regarding the need to transfer the ownership of (his company) Matrix Emerging Infrastructure Fund Ltd”.

From attempting a cover-up after authorities opened a probe to floating a new company with his personal trainers as shareholders to laundering of proceeds from other defence deals — these are among the admissions made, the Enforcement Directorate (ED) claims, by chartered accountant Rajiv Saxena, key accused in the AgustaWestland VVIP chopper deal case, during questioning.

Currently on bail, Saxena was extradited from Dubai in January 2019 and was interrogated by the ED which attached his assets worth Rs 385 crore, describing them as “proceeds of crime”. The ED has now filed an appeal in a bid to divest Saxena of his approver status for allegedly not fully disclosing the facts of the case.

While attaching his assets, including a villa in Dubai and five Swiss Bank accounts, the ED claimed: “Rajiv Saxena has admitted to laundering the proceeds of crime not only of AgustaWestland deal but also various other defence deals.”

In the over 1,000 pages of interrogation reports, accessed by The Indian Express, Saxena repeatedly claimed that till the probe began, he was unaware that funds parked by him or routed to him by defence dealer Sushen Mohan Gupta, and Ratul Puri, nephew of former Madhya Pradesh Chief Minister Kamal Nath, and advocate Gautam Khaitan were linked to payoffs in the AgustaWestland deal.
But Saxena did tell his ED interrogators about an attempted cover-up after the AgustaWestland probe began.

During questioning on August 18, 2019, Saxena described how, following the arrest of his wife Shivani Saxena by the ED in July 2017, he held discussions with Ratul Puri “regarding the need to transfer the ownership of (his company) Matrix Emerging Infrastructure Fund Ltd”. He claimed Puri agreed with this decision and accordingly, a new company, Arboles, was incorporated by his office.

The shareholders of this new entity were two personal trainers of Saxena who he also said were close friends. “The shares of Matrix Emerging Infrastructure Fund held by Matrix Group (his flagship company) were transferred to this newly formed company, M/s Arboles Investments Ltd. No consideration was exchanged during this transfer of shares as the beneficial owner remained Ratul Puri,” Saxena told ED.

He said lawyers had “pressured” him to only respond to ED questions on the AgustaWestland deal and nothing else. He claimed Puri and an accountant also visited him in Dubai for this purpose. “The specific purpose of them visiting me was because I was insisting that Ratul Puri clarifies the remittances received in my companies, Eurotrade, Pacific International FZC, Midas Metals International and Metolix Limited from Global Services on his account as I was being questioned by the Directorate about these transactions,” he said.

According to Saxena, Puri initially denied using Global Services FZE to send these remittances to him but when “confronted” by his accountant with documentary evidence, he conceded that “these transactions have been carried out by his hawala operators. He (Puri) also directed me not to disclose the same to the Enforcement Directorate”.

Saxena has handed over voluminous documents to the ED — the subject list alone runs into 10 pages and explains why he was given approver status by the agency.

For instance, there are bank account details and bank statements of dozens of offshore companies, many of which figure in the AgustaWestland investigation. Other documents include notes on payments to Gautam Khaitan; the list of clients of Khaitan; copies of agreements between UHY Saxena (Saxena’s company) with Thales International; documents for transfer of shares of Interstellar Holdings to Saxena); diaries and handwritten notes of Sushen Mohan Gupta showing payments to IDS and Interstellar; IDS statement of accounts signed by Gupta showing receipts and payments; details of remittances received from Global Services FZE.

The details submitted also include statements of supplementary credit cards which Saxena got issued from his bankers in Switzerland for the “personal expenses” of Ratul Puri. The documents contain queries raised by the bank, Coutts & Co, on large transactions they considered “dubious”.

During his interrogation, Saxena told the ED: “Ratul Puri had this card issued by me in his name to avoid disclosure of these expenses in India. Funding for these costs incurred by him would be compensated by remittances through third parties.”

Interrogation transcripts also reveal the nature of the findings during an ED search of the premises of Niamat Bakshi, close confidante of Ratul Puri, on September 7, 2019. Email dumps recovered during the search had not been submitted by Saxena to the ED.

Questioned about transactions in these, Saxena admitted to the existence of several other offshore entities which he had been “managing” for Puri as Beneficial Owner. He named the companies as Continental Administration Services Ltd; Technic Trade; Maxima Software Pvt Ltd; Questside Management Limited; Bronson Financial Inc.

There are also over 200 pages of details and agreements on the transfer of registered ownership of an umbrella of offshore companies, mostly incorporated in Mauritius, with the name of Pangea to that of a Saxena company. This was because the Swiss nominee shareholder of the entity had passed away and Saxena was asked to do a “holding operation’’ on behalf of Puri and his family.

Saxena told the ED that the entities involved in the transfer of Pangea registered ownership were Mountwood Foundation, Simlane Foundation, Cavendish Ventures Limited, Techstone Limited, Hendon Global Limited and Bronson Financial Services. Email exchanges for transfers to some of these entities were the ones found during the ED search of Niamat Bakshi’s premises.