Several people who were travelling on the highway complained that they were stopped by police and prevented from going ahead about 15 minutes before the alleged encounter took place. 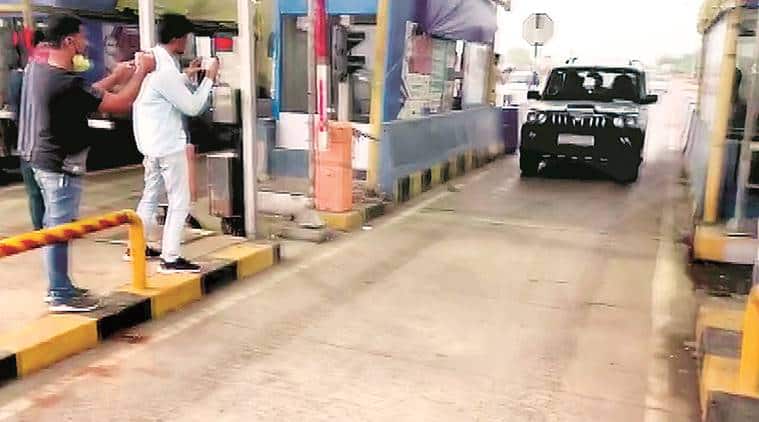 Questions about the circumstances in which gangster Vikas Dubey was killed, and the UP Police’s version of the events, began to be asked almost as soon as news of the alleged encounter emerged on Friday morning.

Several people who were travelling on the highway complained that they were stopped by police and prevented from going ahead about 15 minutes before the alleged encounter took place.

Subsequently, when the Special Task Force (STF) issued a statement on the alleged encounter, its account of Dubey’s killing appeared to be curiously similar to the alleged circumstances in which one of the gangster’s associates had been killed only the previous day.

After pictures of Dubey’s body emerged, questions were asked over his seemingly clean clothes — when, in the STF’s account, he had run on “kuchcha” ground, and had fallen after being shot. There had been fairly heavy rain in the area, and the ground was muddy.

The eyewitnesses said police had barricaded the highway in the Raipur area, around half a kilometre from the spot where Dubey was killed.

“We were stopped for around half an hour. The policemen at the barricades were checking all vehicles, claiming there had been a theft in the area,” one of the witnesses told The Indian Express.

A reporter claimed that the policemen were entering into arguments with those who tried to reason with them. “When we tried to film the situation, they stopped us from doing so. Apart from the barricades, there were also a few trucks that were parked almost in the middle of road,” the journalist said.

Several eyewitnesses told The Indian Express that news of Dubey’s killing came about 15-20 minutes after they were stopped from proceeding on the highway.

ADG (Law & Order) Prashant Kumar said the barricades had been put up as part of the measures to check the spread of the novel coronavirus infection.

“From yesterday midnight there were restrictions due to the spread of Covid-19. Checking for the same was going on. And once the police are conducting checks, traffic would definitely slow down,” Kumar told The Indian Express.

“I do not understand why mediapersons were chasing the police convoy,” the ADG said. “If any investigating agency or institution ask us about these things, we will answer. Also, there will be a magisterial inquiry (into the alleged encounter),” he said.

On allegations that the UP Police had not obtained transit remand before bringing Dubey to UP from MP, Kumar said transit remand is needed only when there is a case against the criminal in the other state. “He (Dubey) was not wanted in MP. He disclosed his identity there, and was detained by the MP Police. He was handed over to us by them. There was no need of transit remand,” the officer said.

The STF statement said Dubey had snatched the weapon of an officer and had fired at the police. As per rules, a criminal in police custody must be in handcuffs, which would make it extremely difficult for him to snatch a policeman’s pistol and fire it.

The UP Police had provided a very similar account of the alleged encounter in which Dubey’s associate Kartikey alias Prabhat Mishra had been killed some 24 hours previously.

Kartikey, 20, was being brought to Kanpur on transit remand from Faridabad where he had been arrested the previous day. “The encounter took place in Panki area of Kanpur,” ADG Kumar had said.

“The police vehicle had a flat tyre. Taking advantage of the situation, he tried to flee after snatching the pistol of a policeman. He (Prabhat) opened fire on the policemen accompanying him, injuring two STF constables. The policemen fired at him in self-defence,” Kumar said, adding that Prabhat had been declared dead in hospital.

Got justice for now, say families of policemen killed in UP raid