Prime accused in the killing of eight police personnel in Kanpur last week, history-sheeter Vikas Dubey was shot dead after he allegedly tried to escape from police custody in Kanpur early on Friday morning. 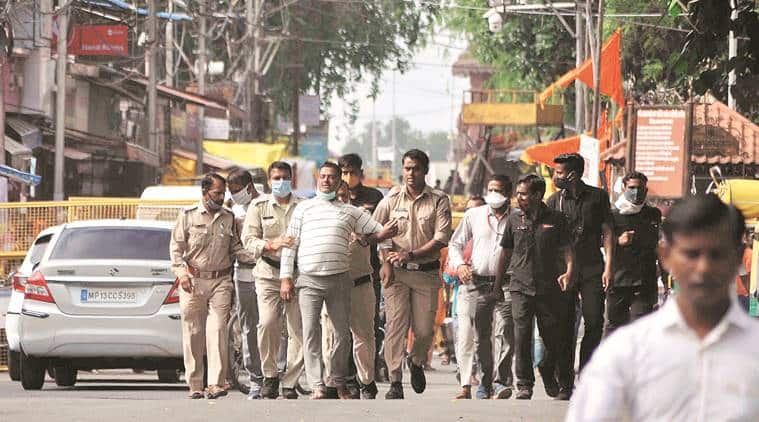 Vikas Dubey was arrested after a six-day hunt in Ujjain on Thursday. He was shot dead on Friday. (ANI)

A day after a Special Investigation Team (SIT) was set up to investigate the rise of gangster Vikas Dubey and his alleged nexus with police, the UP government on Sunday formed a single member inquiry committee under a retired High Court judge to probe into all the incidents linked to Dubey beginning from the botched raid at his village on July 3 that left eight policemen dead and his arrest and subsequent death in an encounter on July 10.

“The incident of (the night of) July 2-3 and July 10 linked to Vikas Dubey and his associates, and all the encounters between the given dates are an issue of public importance. Thus, there should be an inquiry into the same,” a statement issued by the Information Department said.

The commission, led by retired High Court judge Shashi Kant Agarwal, has been formed under Section 3 of the Commissions of Inquiry Act, 1952, and will have its headquarter in Kanpur. It has been directed to wrap up its inquiry in two months.

“On the night of July 2 and 3, Vikas Dubey and his associates conducted an incident in which eight police personnel were killed and others were injured. There would be a detailed inquiry into the incident. The commission will also do an inquiry into the July 10 encounter between police and Vikas Dubey. Along with that, the commission will investigate every single encounter between police and those connected with the case, between July 3 and July 10,” it added.

Other than Dubey, five of his associates – Prem Prakash Pandey, Atul Dubey, Amar Dubey, Ranveer alias Bauva Dubey, Prabhat Mishra alias Kartikey — have been shot dead in police encounters. All were named in the FIR related to the killing of eight policemen at Bikru village in Kanpur. Will Prem Prakash Pandey and Atul Dubey were killed in Kanpur on July 3, hours after the raid, Amar Dubey was killed by STF in Hamirpur on July 8. A day later, Ranveer was killed in Etawah, while Prabhat, who was being brought from Faridabad on transit remand, was killed near Kanpur the same day.

The commission will also be inquiring into links of Dubey and his associates with the police and other government officials and individuals.

Among other mandates of the inquiry, the commission has been asked to look into other aspects of the case. It will also inquire into issued raised by the state government from time-to-time, and recommend suggestions to stop such incidents from happening again, the order stated.

Explained | Encounters: what rules the law lays down, and why they are flouted

The three-member SIT, headed by Additional Chief Secretary Sanjay Bhoosreddy, on the other hand, will be probing the rise of gangster Vikas Dubey and his alleged nexus with the police. It has been directed to submit its report by July 31.