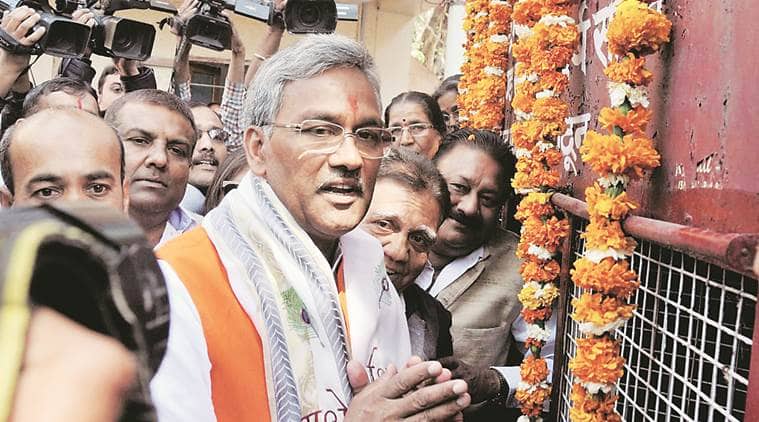 Newly elected Uttarakhand Chief Minister Trivendra Singh Rawat on Wednesday, March 22  met Prime Minister Narendra Modi who asked him to lay emphasis on fighting corruption. “The Prime Minister has asked for zero tolerance on the issue of corruption. He has also assured us full support for the development of Uttarakhand,” Rawat told reporters here after the meeting. “I came here to seek blessings from the PM in order to make Uttarakhand a fully developed state,” he added.

Earlier in the day, Rawat met Finance Minister Arun Jaitley, Home Minister Rajnath Singh and Urban Development
Minister Venkaiah Naidu. “Naidu ji has assured us that there will be no shortage of funds for the development of Uttarakhand,” Rawat said. The Uttarakhand Chief Minister is also likely to meet Party President Amit Shah later today where the issue of portfolio allocation is expected to be taken up.

“Portfolio allocation is done by mutual consultation and ministries will be allocated very soon,” Rawat said. He, however, ruled out the suggestion of two capitals for the hill state.