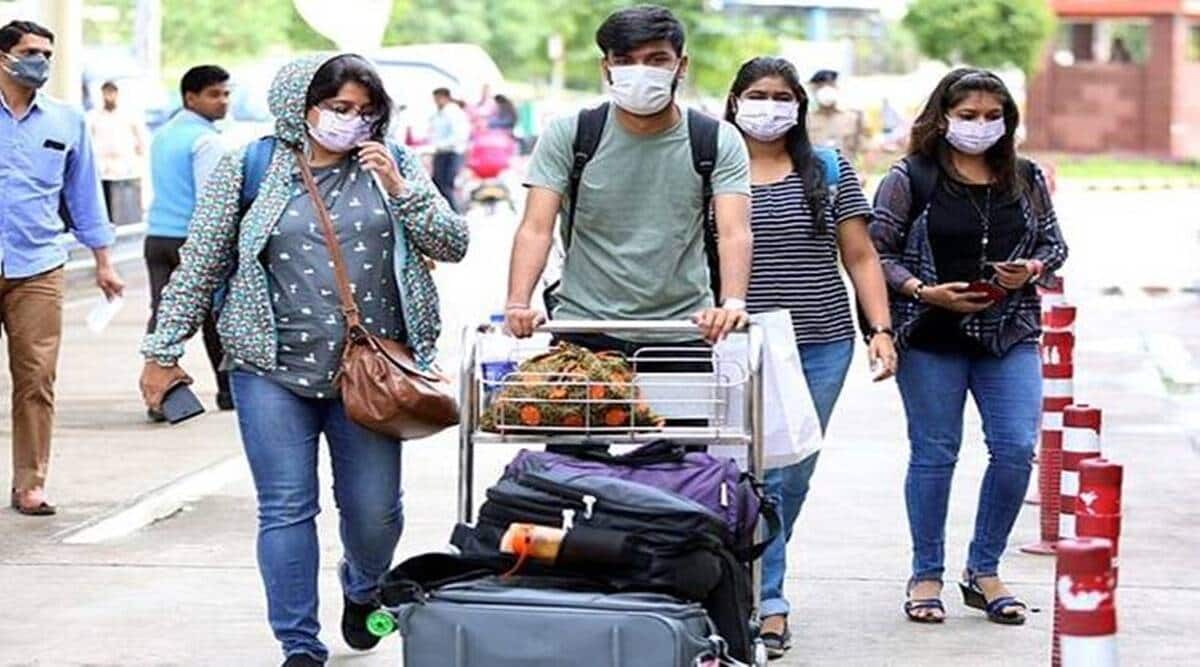 On average, approximately 700 cases are being handled every day at present, and more than 82,000 visas were awarded to Indian citizens in the last one year, according to this official. (Representational/File)

With the United States looking at expanding the purview of interview waiver for Indian citizens seeking US visa, the ambit of the “dropbox” facility, which is used to renew a US visa without an in-person interview, will now be expanded in several visa categories, including student visas, business and tourist visas, and skilled workers visas, according to a senior official from the US embassy in India.

The official said that in case a person has already obtained a visa in a certain category, she/he now becomes eligible for interview waiver, and can use the dropbox facility.

This move — subject to fulfillment of certain conditions — will significantly bring down waiting time for US visas in days to come, the official told the media on Thursday.

While admitting that wait time for applicants has been unusually long in the post-coronavirus period, due largely to the huge backlog of applications and staffing problems, the official said steps are under way to iron out those issues. “By the summer of 2023, the US embassy expects visa processing to be back at pre-pandemic levels of around 1.2 million per year,” the official said.

Elaborating on the dropbox facilities, the embassy official said that the in-person interview waiver will include even people whose B1 and B2 (tourist and business) visas have expired in the last four years.

Applicants of student visas, who have in the past travelled to the United States on tourist visas, can also seek an interview waiver, although they may be called for biometrics in case that wasn’t done earlier, the official said.

Besides expanding the dropbox facility, among other steps taken to ease visa wait time for Indians are adding consular staff and sending dropbox cases for processing elsewhere. According to the embassy official, wait time has already decreased from 450 days [15 months] to about nine months.

Before the pandemic, the average wait time, depending on the category of visa, varied between a few weeks (for most visas) to a few months in cases of B1/B2 visas in peak season.

At present, India ranks third — after Mexico and China — in terms of the total number of visas issued by the US, and it is anticipated that the country will take the second spot by next summer, the US embassy official said. India is “top priority” for Washington in this regard, he added.

On average, approximately 700 cases are being handled every day at present, and more than 82,000 visas were awarded to Indian citizens in the last one year, according to this official.

In fact, officials said, India is among a handful of countries where applications for US visas increased significantly after pandemic-related travel restrictions were withdrawn. These included business travellers, students, skilled workers and tourists.

Another small but significant category where the US is trying to expedite the process is for crew visas, used by airline and cruise staff, the official said. “We are expecting to see more progress over the next nine months,” he said.

Easing visa rules by expanding the ambit of dropbox or interview waivers across categories is expected to do away with unnecessary hassle for both the US consular staff as well as the applicants. Addressing the recent concern of Indian citizens over delays in getting US visas, Washington has made it clear that it accords topmost priority to New Delhi