UP, Bihar bypoll results: Decoding the verdict that could be a 2019 gamechanger

In a big setback to BJP ahead of the 2019 Lok Sabha elections, the saffron party was trounced in bypolls to three Lok Sabha seats, including the citadel of Yogi Adityanath's Gorakhpur in Uttar Pradesh. 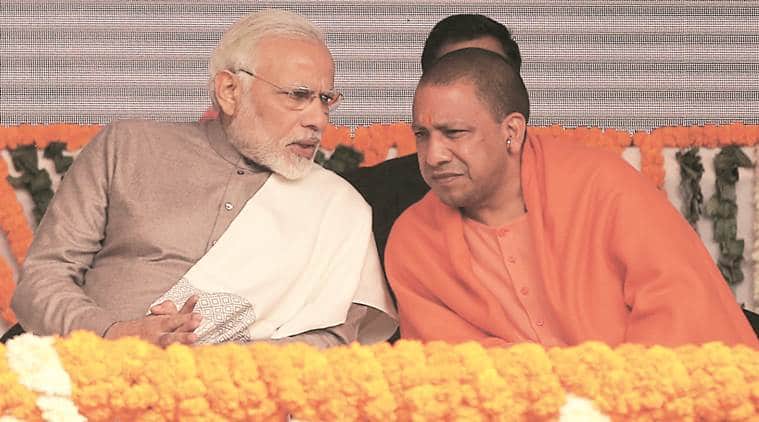 In a big setback to the BJP ahead of the 2019 Lok Sabha elections, the saffron party was trounced in bypolls to three Lok Sabha seats, including Gorakhpur, the citadel of Yogi Adityanath, now chief minister of Uttar Pradesh. Adityanath, who had termed the SP-BSP alliance as one of “snake and mongoose”, had to eat his own words as the Akhilesh-Mayawati combine swept Gorakhpur and Phulpur.

In Bihar, RJD retained Araria Lok Sabha seat and Jehanabad Assembly constituency, while the BJP held on to Bhabua. Here is our coverage and analysis of the Uttar Pradesh and Bihar bypolls:

The big bypoll shift: Non-Yadav OBCs who voted BJP do a rethink

What unites the UP and Bihar bypoll results is a trend that runs counter to the social combine that the BJP had so successfully stitched in these two key Hindi heartland states: the coalition of non-Yadav communities. The fact that SP’s Kurmi (a peasant caste) candidate won against BJP’s Kurmi candidate in Phulpur, which is considered an OBC-dominant seat, signals Kurmis’ preference for the SP candidate rather than the BJP’s even though both were from the same social group.

Likewise, the SP winner from Gorakhpur hails from Nishad (boatman/fisherman) community, which had lent its weight behind the BJP during the 2017 Assembly elections. But this time, the community seems to have gone with SP, ignoring the charm and appeal of Yogi Adityanath. That BSP once used to be an umbrella for Dalits and non-Yadav OBCs also helped SP candidates. Read more 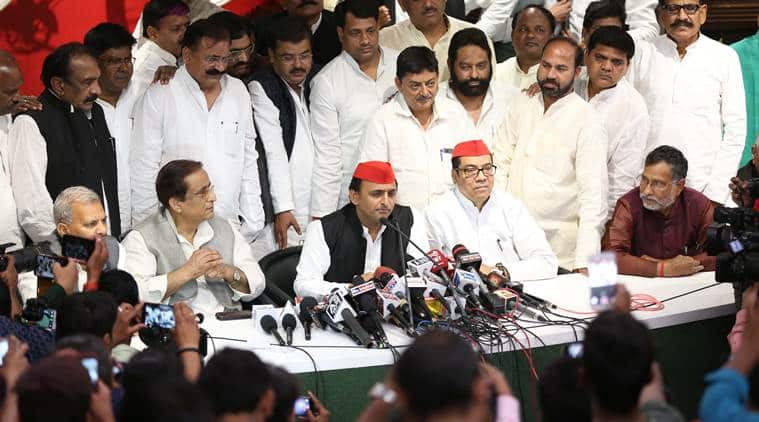 Akhilesh Yadav during a press conference after his party’s win in Gorakhpur and Phulpur. (Express photo Vishal)

While the BJP ran a concentrated campaign and announced a series of projects for the two seats, the SP-BSP rested their hopes on recent poll arithmetic. According to SP sources, party president Akhilesh Yadav and BSP chief Mayawati had joined hands based on calculations showing that their votes in the 2017 Assembly elections, if added, would have exceeded the BJP tally. In Gorakhpur, the combined votes of SP (or its then ally Congress) and BSP were more than those of BJP in four out of five Assembly seats. In Phulpur, too, their combined total was ahead in four out of five Assembly seats. Read more

While three MPs, who spoke on condition of anonymity, criticised candidate selection and the style of functioning of the party leadership, a senior party MP said the party distanced itself from the electorate because of the behaviour of its leaders and induction of a number of leaders “who had no idea about the BJP’s chaal, charitra or chehra”.

A senior party MP, who did not want to be identified, said the BJP leadership had picked candidates “wrongly” without looking into the caste divisions in the constituencies. “They were overconfident that the Hindu identity would override the caste differences,” he said. Read more 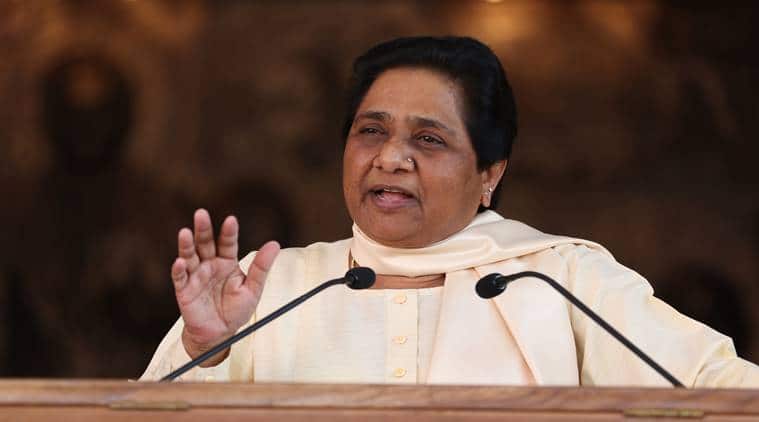 Akhilesh may have distanced himself from his father, but Mayawati never forgot her tussles with Mulayam. (File Photo)

Opinion | Gorakhpur in perspective: What do SP-BSP victories in UP by-polls prefigure for 2019? Not much (Written by Gilles Verniers)

Do these bye-elections prefigure a successful SP-BSP alliance in 2019? Undoubtedly, such an alliance would be a force to reckon with. But this alliance remains a far-fetched idea for three reasons. First, there is a history of acrimony between the leaders of both parties. Akhilesh may have distanced himself from his father, but Mayawati never forgot her tussles with Mulayam. Second, both parties have historically depended on three types of electoral bases. The electoral base may or may not coincide with the two parties’ core support bases. And finally, should it happen, this alliance will last as long as there is no power-sharing consideration between the two parties, besides seat-sharing agreements. Read more 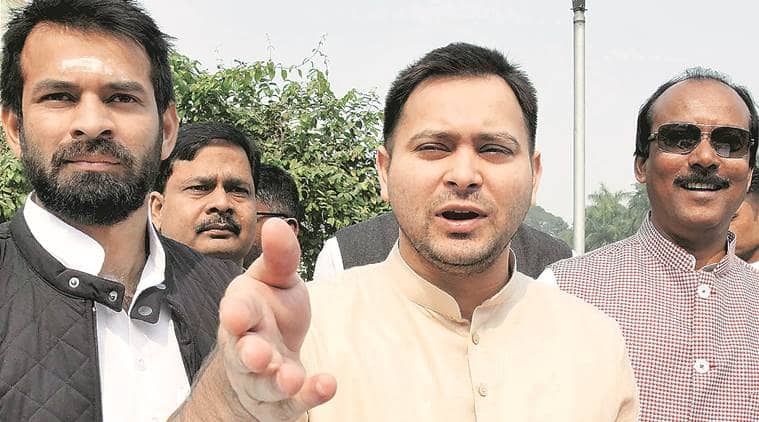 The Araria victory also boosted Leader of the Opposition in Assembly Tejashwi Prasad Yadav in his effort to emerge as a powerful leader in the absence of his father Lalu Prasad. (File Photo)

The Araria victory also boosted Leader of the Opposition in Assembly Tejashwi Prasad Yadav in his effort to emerge as a powerful leader in the absence of his father Lalu Prasad. In fact, Tejashwi made the most of his father’s absence by playing up allegations of political vendetta to his party’s advantage. Former CM Jitan Ram Manjhi joining the Grand Alliance too seems to have played a role in splintering the Mahadalit votes. Read more

The BJP’s winning streak that seemed rejuvenated in the Northeast after the setback in Rajasthan, has hit a wall in, picturesquely, Gorakhpur. In UP, the BJP may seek to cast the SP-BSP win only in terms of “sameekaran (caste equations)” and “vote transfer”, but it seems clear that the party has been caught unawares by the segueing of Opposition arithmetic into winning chemistry. Is the BJP frittering away the goodwill that seemed to transcend caste if not religious divisions, and which helped it sweep UP in 2014 and then again in 2017? Read more