Here’s a curated list of some interesting stories as country enters Day 11 of 'Unlock 1.0' 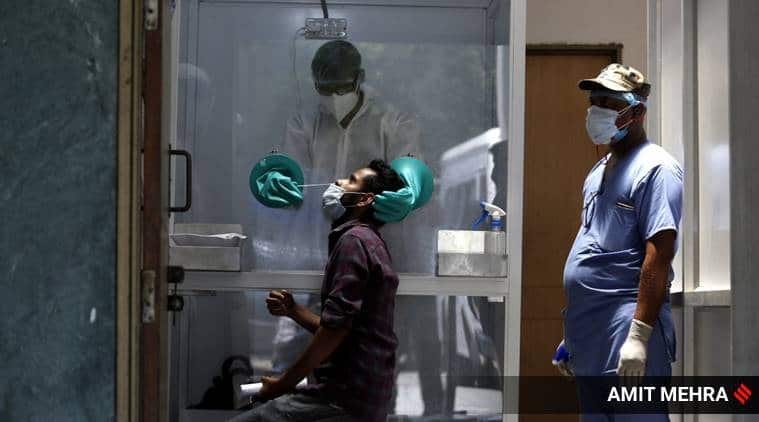 With 12,881 fresh cases, the coronavirus tally in India rose to 366,946 this morning, even as Prime Minister Narendra Modi ruled out the possibility of another round of lockdown. Fitch Ratings, meanwhile, revised the country’s outlook to ‘negative’ from ‘stable’, stating that the pandemic has significantly weakened India’s growth prospects for the year and exposed the challenges associated with a high public-debt burden.

Union Finance Minister Nirmala Sitharaman on the day said migrants across 116 districts will be given work under under the Centre’s Garib Kalyan Rojgar Abhiyaan (GKRA). “Everyone who needs an assignment in these 116 districts will be given work under Garib Kalyan Rojgar Abhiyaan, a broad estimated expenditure for the scheme is Rs 50,000 crores, the money allotted for this will be front-loaded,” Sitharaman said.

Here are other interesting stories across the country on day 11 of unlockdown:

As the world media is flooded with photos of wild animals becoming emboldened during lockdown to stroll at heavily populated areas, insects like bees too are having the time of their life. The experts believe the drastic decrease in the air and noise pollution and pesticide-free atmosphere have kept honeybees busier resulting in an increase in honey production.

As per the Khadi and Village Industries Commission (KVIC), which is under the Ministry of MSME, the number of bee colonies and the health of bees has significantly improved which is crucial for ecology and food safety. Vinai Kumar Saxena, Chairman, KVIC, said, “During the lockdown period, the quality of air improved significantly. The abundance of flora in the surrounding and a peaceful environment kept the bees busier and filled up the hives with honey in a quick time. As compared to the usual 15 to 20 kg honey collected in each bee box, the quantity rose significantly to nearly 40 kg per box during the lockdown (March-May).”

He further said this trend is seen in almost all honey-producing states like Bihar, Uttar Pradesh, Rajasthan, Punjab, Uttarakhand, Himachal Pradesh, and others. As there was little pollution and almost zero use of pesticides in the crops during this period, the quality of honey also improved as bees collected pesticide-free nectar and pollen from the flowers.

A 92-year-old woman, who had tested positive for coronavirus in Dombivli town of Maharashtra’s Thane district, was discharged from a hospital following recovery, a health official told PTI on Thursday. A resident of Sant Namdeo Nagar, the woman had tested positive for the deadly infection on June 8 and was admitted to Neon Hospital, chief of the hospital Dr Milind Shinde said.

The nonagenarian walked out of the hospital under a shower of flower petals and said it was sheer willpower that helped her fight the disease.

It was a reunion of sorts when a man, who had tested positive for COVID-19 just a day after his wedding, met his bride in the confines of a hospital room in Howrah after his recovery amidst celebrations by the medical staff.

Supriyo Bandyopadhyay, a civic volunteer who is in his 20s, had tested positive for the infection on June 3, the day
after his wedding, the superintendent of the hospital at Fuleswar, Subhasis Mitra said.

His bride Piyali was left to step into her marital home for the first time without her groom and the customary celebrations.

“Every medical staff – from the doctor to the nurses and other health workers of the hospital — allayed the man’s fears. He recovered after sustained treatment and tested negative on Sunday (June 14), Mitra said.

A grand send-off was then held by the hospital management and district health department in consultation with
the medical facility’s staff and the overjoyed families of the bride and the groom. The wedding ceremony was recreated and the man, who hails from Dasnagar in Howrah district, donned the ‘dhoti’ and ‘punjabi’ (kurta), walked side by side with his wife, who was fitted out in a red Benarasi saree to blowing of conch shells and the festive ululation by the women medical staff of the hospital.

A case has been registered against a 25-year-old man from Maharashtra’s Palghar district, who got married without waiting for his COVID-19 test result, which later came out positive for the infection, police said on Thursday.

An offence was registered against the man, his mother and some close relatives, who allegedly went ahead with the
wedding ceremony in Kelghar area of Jawhar and invited over 100 guests on the occasion, Palghar police PRO Sachin Navadkar said.

The man, who worked as an assistant at a lab in Wada, had given his swab sample for testing and went ahead with the
wedding on June 11, without waiting for the results, the official said. Health authorities in Jawhar admitted him to a hospital after his reports came out positive three days later, he said.

Chinese sponsorship in IPL helping Indian economy, not other way round: BCCI treasurer