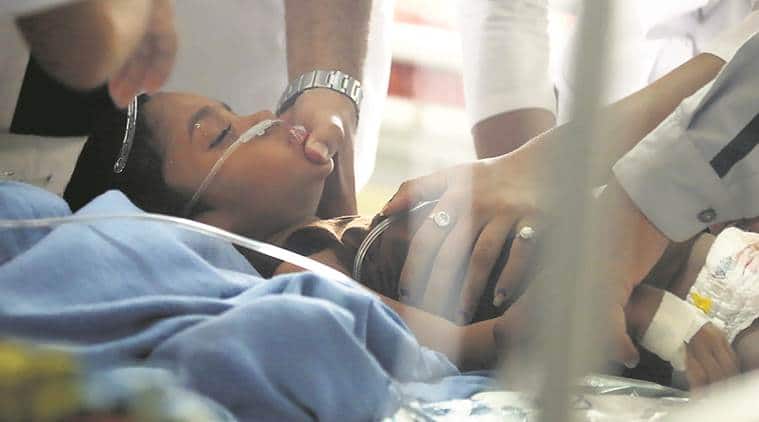 A global disease burden study revealed that in 2016, 0.9 million children under the age of five died in India. (Express Photo/Vishal Srivastav/File)

Days after a spate of child deaths in BRD Hospital in Gorakhpur in Uttar Pradesh and the subsequent blame game, a global disease burden study has revealed that in 2016, 0.9 million children under the age of five died in India — the highest globally, more than some of the poorest countries in the world. The analysis of the Global Burden of Disease Study 2016 was published in The Lancet.

According to data from the National Family Health Survey 4, the under five mortality rate in India stands at 50 per 1000 live births down from 74 in the 10 years between 2005-06 and 2015-16. It ranges from 78 in Uttar Pradesh — the state which has been in the news for close to a month now because of high death rate in a tertiary care hospital in the constituency of Chief Minister Yogi Adityanath — to seven in Kerala, one of the best states in the country when it comes to effective health systems.

The Lancet analysis interestingly found that globally the most progress has in fact been made in reduction of under five mortality. “Globally, mortality rates have decreased across all age groups over the past five decades, with the largest improvements occurring among children younger than five years. However, at the national level, considerable heterogeneity remains in terms of both level and rate of changes in age-specific mortality; increases in mortality for certain age groups occurred in some locations. We found evidence that the absolute gap between countries in age-specific death rates has declined, although the relative gap for some age-sex groups increased,” the study says.

GBD 2016 has also thrown up interesting findings on India’s ticking non communicable diseases time bomb. NCDs constitute seven of the top ten causes of death in India with over 6 million people succumbing to them in 2016. The leading cause of mortality was ischemic heart disease.