Indeed, this formed the basis of the Delhi Declaration — on countering the use of new and emerging technologies for terrorist purposes -- adopted at the end of the two-day meeting of the 15-member UNSC in Mumbai and New Delhi. 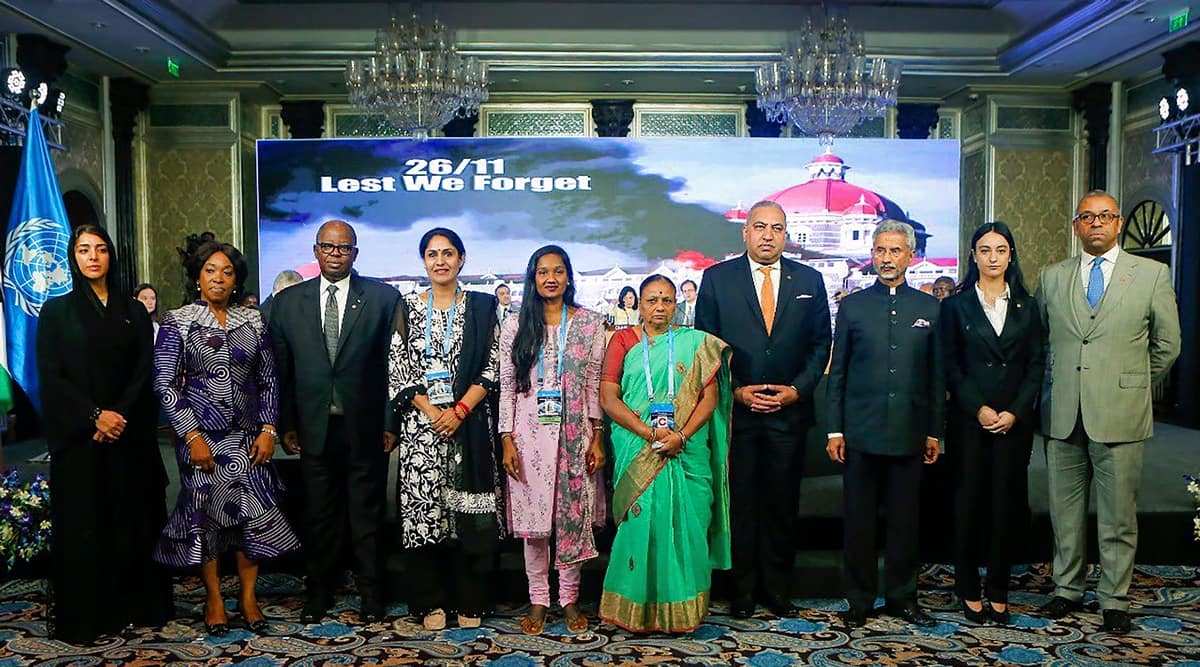 Underlining that “terrorism remains one of the gravest threats to humanity”, External Affairs Minister S Jaishankar, echoing a refrain at the UN Security Council’s Counter-Terrorism Committee meeting here Saturday, flagged how new technology is re-shaping the contours of international terrorism and the response that this needed.

Indeed, this formed the basis of the Delhi Declaration — on countering the use of new and emerging technologies for terrorist purposes — adopted at the end of the two-day meeting of the 15-member UNSC in Mumbai and New Delhi.

In a thinly veiled reference to Pakistan, Jaishankar said that the UN Security Council’s counter-terrorism sanctions regime has been “very effective in putting those countries on notice that had turned terrorism into a State-funded enterprise.”

He announced that India will make a voluntary contribution of $0.5 million to the UN Trust Fund for Counter Terrorism this year to augment the efforts of the UN Office of Counter-Terrorism (UNOCT) and provide capacity-building support to member states.

Speaking at the Special Meeting of the Counterterrorism Committee, attended by the UN Security Council Members, the External Affairs Minister pitched for global efforts to stop possible misuse of encrypted messaging and crypto-currency by “non-state actors” and cautioned that social media platforms have turned into potent instruments in the “toolkit” of terror groups.

This found an echo in British Foreign Secretary James Cleverly: “Within the space of two decades, terrorists have gone from circulating crackly voice recordings from the depths of Tora Bora, to global online recruitment and incitement campaigns, to live-streaming attacks.” He added: “Online incitement has radicalised vulnerable people in far off countries, who have gone on to use rental vans as weapons of terror.” The imperative, he said, was to “starve terrorists of the finance and emerging technologies that will cause death and destruction around the world”.

UAE’s Minister of State for International Cooperation Reem Ebrahim Al-Hashimy reinforced this. “Terrorist groups are exploiting advances in commercial drone technology to carry out deadlier and stealthier attacks. Drones can now fly faster, carry larger payloads and leverage artificial intelligence and other tools to operate without manual control,” she said.

Cautioning against the internet serving as a “terror enabler,” Al-Hashimy said: “Extremist content remains on the internet with algorithms that promote the search for new audiences, making terror activity so appealing…hate speech, terrorist narratives, extremist language, disinformation, misinformation campaigns, continue to undermine and break down our social fabric. We must find ways to fast track efforts and strengthen regulatory and legislative frameworks to protect users, our communities and our children.”

Representatives from all 15 member nations of the UN Security Council attended the second day’s meeting that is taking place in Delhi. The first day’s events were held in Mumbai.

Despite the UN’s successes in putting certain countries on notice, Jaishankar said, the threat of terrorism is only growing and expanding, particularly in Asia and Africa.

He said that technological innovations and breakthroughs of the past two decades have been transformative in the way the world functions but have also reshaped terror. “These new and emerging technologies – from virtual private networks, and encrypted messaging services to blockchain and virtual currencies – offer a very promising future for a wide array of economic and social benefits for humankind. However, there is a flip side especially where terrorism is concerned,” he said.

“In recent years, terrorist groups, their ideological fellow-travellers, particularly in open and liberal societies and ‘lone wolf’ attackers have significantly enhanced their capabilities by gaining access to these technologies. They use technology and money, and most importantly, the ethos of open societies, to attack freedom, tolerance and progress. Internet and social media platforms have turned into potent instruments in the toolkit of terrorist and militant groups for spreading propaganda, radicalization and conspiracy theories aimed at destabilizing societies,” he said.

Another add-on to the existing worries for governments around the world is the use of unmanned aerial systems by terrorist groups and organized criminal networks, he said. “Being a relatively low-cost option and with an increasing ease of accessibility, misuse of these unmanned aerial platforms for nefarious purposes by terrorist groups such as weapons and explosives delivery and targeted attacks have become an imminent danger. They are, therefore, a challenge for security agencies worldwide. The possibilities of using weaponized drones for terrorist purposes against strategic, infrastructure and commercial assets call for serious attention by the member states.”

He recalled India’s experience of the 2008 Mumbai attacks where technology of Voice over Internet Protocol (VoIP) could be used for organizing and directing the attack from beyond India’s borders. “More recently, these terrorist groups have been using unmanned aerial platforms, such as drones and quadcopters for cross border trafficking of drugs and arms and for carrying out terrorist attacks,” he said.

He also said that a few months ago, terrorists launched cross-border drone attacks on the UAE and Saudi Arabia targeting civilians and civilian infrastructure, which led to loss of lives and injuries, including to Indian nationals.

The visiting ministers and officials from UNSC member countries and the UN met President Droupadi Murmu Saturday. She said that India, as the world’s largest democracy, with one of the most open and diverse societies in the world, has been a victim of terrorism for decades. “She emphasized that zero tolerance to all acts of terror, irrespective of its motivations, should continue to be the guiding approach of the international community in shaping the global counter terror architecture,” a Rashtrapati Bhavan statement said.