India has airlifted more than 6 million COVID-19 doses to nine countries in Phase-I under its initiative termed "Vaccine Maitri." 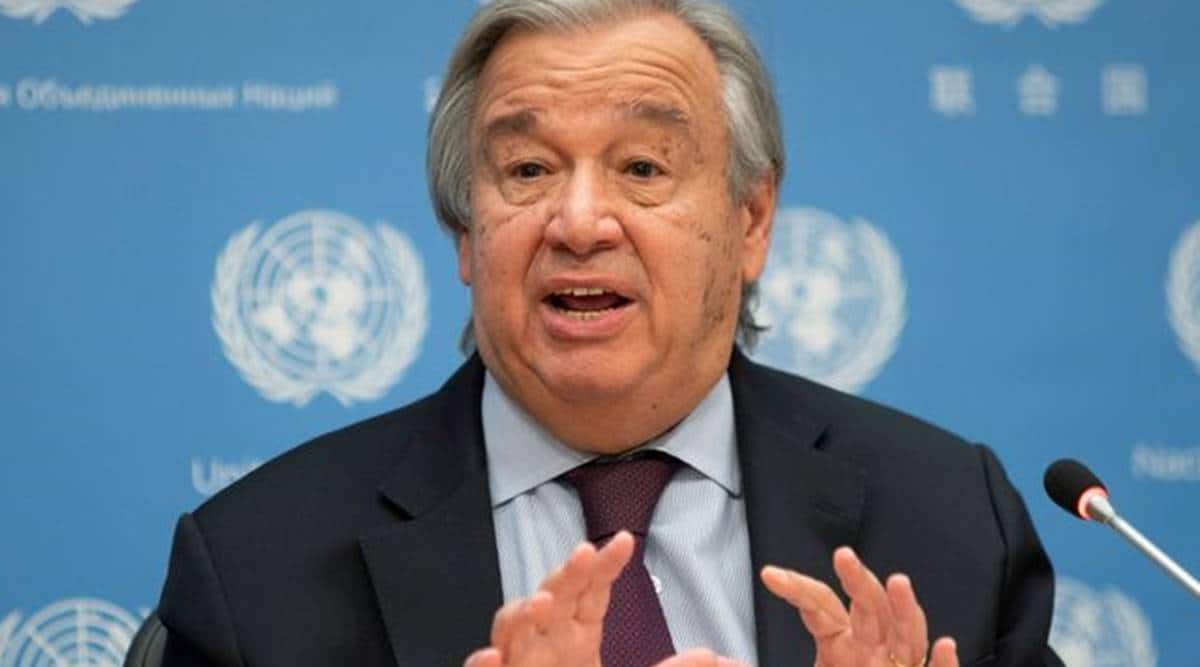 WHO is chartering flights to bring in 4,000 oxygen concentrators to help meet the increased demands.

India’s vaccine production capacity is one of the best assets the world has today, UN chief Antonio Guterres has said as he applauded India for supplying COVID-19 doses to nations around the world to combat the catastrophic global health crisis.

The UN Secretary-General also expressed hope that India will have all instruments necessary to play a major role in ensuring a global vaccination campaign becomes possible as the world fights the pandemic.

“I would like to say how much we count on India. I mean, India has one of the most advanced pharmaceutical industries. India played a very important role in the production of generics for use that was a very important element of democratisation of access to medicines all over the world,” Guterres said.

He was responding to a question by PTI during a press briefing on Thursday on India helping countries around the world in the fight against the global pandemic by supplying COVID-19 vaccines.

“And we strongly hope that India will have all the instruments that are necessary to play a major role in making sure that a global vaccination campaign becomes possible. I think that the production capacity of India is one of the best assets the world has today, and I hope the world understands that it must be fully used,” he said.

Guterres added that he reiterated during his briefing to the UN Member States on his priorities for 2021 that licenses should be made available for companies around the world to be able to produce some of the vaccines that already exist.

India has airlifted more than 6 million COVID-19 doses to nine countries in Phase-I under its initiative termed “Vaccine Maitri.” Contractual supplies to various countries are also being undertaken in a phased manner and New Delhi has said it will gradually supply to the COVAX facility of the World Health Organization.

COVAX is the global initiative to ensure rapid and equitable access to COVID-19 vaccines for all countries, regardless of income level.

This month, COVAX had announced that, pending WHO emergency use listings, nearly 150 million doses of the AstraZeneca/Oxford candidate are anticipated to be available in the first quarter of 2021, via existing agreements with the Serum Institute of India (SII) and AstraZeneca.

The Joe Biden administration has also applauded India for sending crucial supplies of the COVID19 vaccine to a host of South Asian nations, describing India as “a true friend” who is using its pharma to help the global community.

“We applaud India’s role in global health, sharing millions of doses of COVID-19 vaccine in South Asia. India’s free shipments of the vaccine began w/Maldives, Bhutan, Bangladesh & Nepal & will extend to others. India’s a true friend using its pharma to help the global community,” the US State Department’s account for the Bureau of South and Central Asian Affairs had tweeted.

India has assisted more than 150 countries through urgent health and medical supplies. New Delhi has pledged 15 million dollars for GAVI, the Vaccine Alliance, and operationalised the COVID-19 Emergency Fund for its neighbours with an initial contribution of 10 million dollars.

India has already rolled out a massive coronavirus vaccination drive under which two vaccines, Covishield and Covaxin, are being administered to frontline health workers across the country. The country plans to vaccinate about 300 million citizens in the first six months.

Nepal, Bangladesh, Bhutan, Sri Lanka and the Maldives have received India’s COVID-19 vaccines under grant assistance in sync with its “Neighbourhood First” policy.

Underlining that the priority for 2021 is to respond to COVID-19, Guterres told the General Assembly earlier in the day that vaccines are the first great moral test before the world. He voiced concern that the world is falling short and vaccines are reaching a handful of countries quickly, while the poorest countries have almost none.

“Science is succeeding, but solidarity is failing. Governments have a responsibility to protect their populations, but COVID-19 cannot be beaten by one country at a time. If the virus is allowed to spread like wildfire in the global South, it will inevitably mutate; it is mutating, becoming more transmissible, more deadly and, eventually, more resistant to vaccines, ready to come back to hound the global North.”

He cited recent studies to say that vaccine hoarding could cost the global economy up to USD 9.2 trillion, with almost half of that impact in the wealthiest countries themselves.

“There is only one victor in a world of vaccine haves and vaccine have-nots: the virus itself.” The total number of coronavirus cases has topped 100.7 million globally, while the deaths have surged to more than 2.18 million, according to Johns Hopkins University.

‘Was freaking out’: Priyanka Chopra opens up on wardrobe malfunction at Cannes debut