Ahead of elections, this could potentially become a hot-button issue as former Indian Navy official Kulbhushan Jadhav is in Pakistan’s custody. 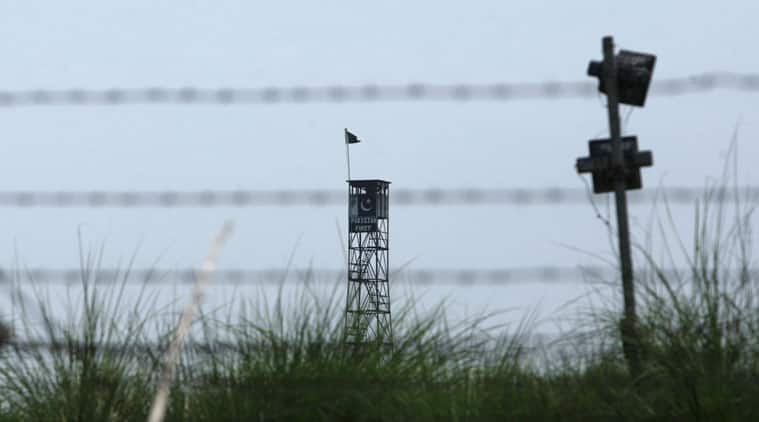 The ‘laser fence’ and other gadgets have been integrated and a CCTV-like feed will be given to the BSF post so that immediate action can be taken against any intrusion or infiltration attempt. (Representational Image)

In what could turn out to be a potential espionage case, two Pakistan Army personnel have been caught on the Indian side of the international border in Punjab on Sunday. The issue has been kept under wraps by the government, as the seriousness is still being evaluated. The two personnel are being interrogated by Intelligence officials after being caught by the BSF. While the Pakistan side claims that they were “inadvertent crossers”, the Indian side is probing the possibility of spying by these two.

Ahead of elections, this could potentially become a hot-button issue as former Indian Navy official Kulbhushan Jadhav is in Pakistan’s custody. Identified as Mumtaz Khan and Sheraz Ahmed, they are in their 30s. They belong to the Baloch regiment, and while Khan is a Havaldar, Ahmed is a sepoy. They were caught on the Indian side by a BSF patrolling party on Sunday around 4.55 pm, sources said. Both had phones on them and some cash. The Indian side says they were caught near border pillar no. 193/10 in Ferozepur sector in Punjab.

Two flag meetings have taken place between the BSF and the Pakistan Rangers about return of these two personnel. Indian diplomats are in touch with Pakistan’s side to evaluate the response, and the intelligence agencies are also keeping a tab on the issue.

With Jadhav’s hearing at the International Court of Justice scheduled in February next year, the suspicion of espionage by these two Pakistan’s soldiers — if proven — could provide the Indian side with some ammunition before the International court. This episode comes at a time when New Delhi and Islamabad’s ties are at a low after cancellation of a meeting between the foreign ministers in New York last month.

While India has maintained that “talks and terror cannot go together”, Pakistan has tried to project Jadhav’s confessions as proof of India fomenting trouble in Pakistan. India has denied the charges, and has said Jadhav’s confessions were extracted by Pakistan Army under duress. They have also sought consular access, which has not been granted.

The Pakistan side has not yet been granted any consular access to these two Pakistan Army personnel, and the Indian side will take a call after ascertaining the seriousness of their presence on the Indian side.