Twist in TRP case: UP Police file own FIR; case with CBI

TRP scam: UP Police registered the FIR at Lucknow's Hazratganj police station based on a complaint from one Kamal Sharma, who claims to run a media and advertising business called Golden Rabbit Communications. 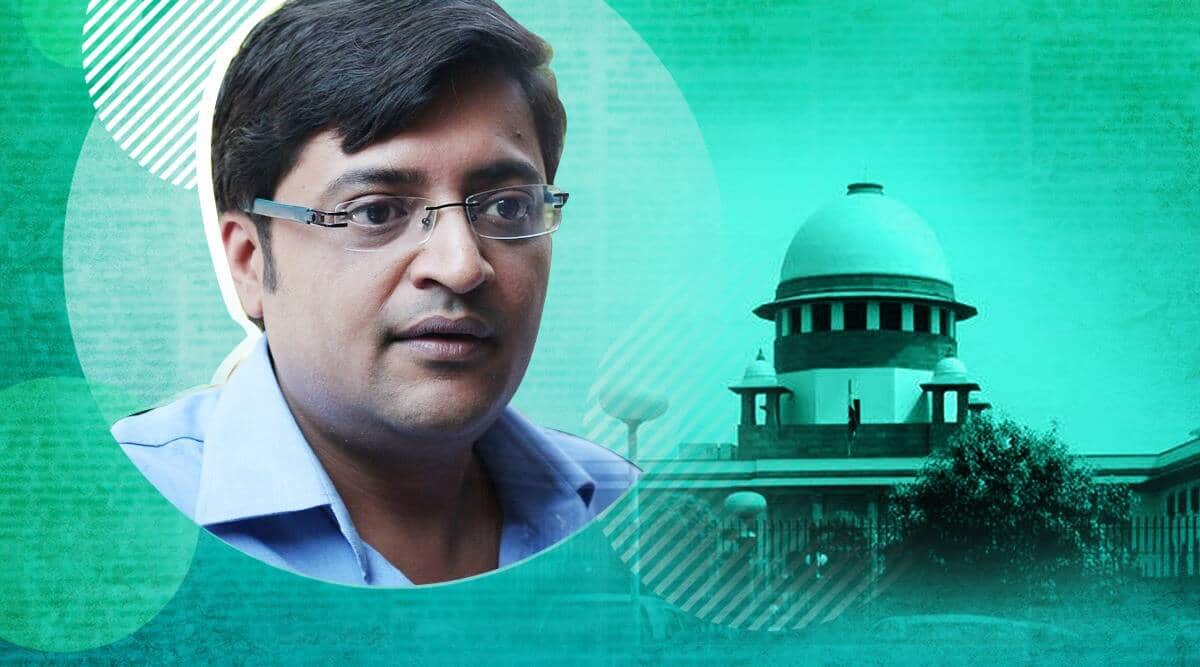 A bench headed by Chief Justice S A Bobde was informed by Goswami’s counsel that it cannot be construed as a breach of privilege and the Editor-in-Chief of Republic TV has now been called before the Assembly on November 5.

Even as the Bombay High Court is hearing a petition by Republic TV against Mumbai Police for lodging an FIR against the channel for allegedly fudging TRPs, police in Uttar Pradesh have registered a similar FIR against “unknown” channels and persons.

On Tuesday, the Centre transferred the UP case to the Central Bureau of Investigation (CBI), which promptly registered an FIR.

Sources in the Department of Personnel and Training (DoPT), which has administrative control over CBI, said that after registration of the FIR by UP Police on October 17, the state government sent a request to the Centre for the case to be handed over to CBI. “The notification has been issued today by the Ministry for takeover of the case,” a Ministry official said.

A CBI official said, “The FIR has been registered. It is against unknown people and is a reproduction of the FIR registered by UP Police.”

UP Police registered the FIR at Lucknow’s Hazratganj police station based on a complaint from one Kamal Sharma, who claims to run a media and advertising business called Golden Rabbit Communications.

In his complaint, which is part of the FIR, Sharma has alleged, “I have reliable information that certain unknown accused have in furtherance of a common intention, entered into a criminal conspiracy to cheat/attempt to cheat and also to commit the offence of criminal breach of trust, forgery and in the process gain wrongfully by manipulating Television Rating Points, commonly referred to as TRPs.”

The FIR does not mention any accused, making it an “open” FIR, which means every TV channel could be investigated. It has invoked Sections 120B (criminal conspiracy), 34 (common intention), 406, 408 and 409 (all dealing with criminal breach of trust), and 420 (cheating) of the IPC.

On October 6, Mumbai Police had registered an FIR alleging the fudging of TRPs by certain TV channels. It later said at a press conference that investigations had found that three channels, including Republic TV, were prima facie involved in manipulating TRPs.

Mumbai Police have since arrested several people and issued summons to key office bearers of Republic for questioning. Republic approached the Supreme Court against the FIR, but was directed towards the Bombay High Court.

The new development comes when counsel for Republic TV Harish Salve has asked the Bombay High Court to transfer the Mumbai Police case to the CBI.

The UP FIR describes how important TRPs are for advertisers and investors, and the way in which they are manipulated by certain channels. The complaint attached with the FIR also asked for an examination of the role of Broadcast Audience Research Council (BARC), the industry body that publishes the TRPs.

“If BARC functions partially by tweaking the data pertaining to TRP as a result of conspiracy to favour certain channels, not only can there be serious repercussions… it would also cause financial benefit (wrongful gain) to the channel in whose favour such manipulation… is done.”

The writ petition filed by ARG Outlier Media Pvt Ltd, Republic TV’s parent company, stated that the Mumbai Police were “determined to falsely implicate” the channel and “silence (its) news reporting”, and asked for the case to be transferred to the CBI.

“The investigation will have a pan-India effect of various stakeholders including cable TV operators, broadcasters, media agencies, advertisers and all other stakeholders and criminal culpability of any magnitude requires pan-India investigation by a reputed agency like the CBI to unearth the real conspiracy and alleged malpractices of any stakeholder,” the petition said.

“It is important to entrust the investigation to centralised agency to repose faith of all stakeholders and any investigation to be carried out by Mumbai Police in a premeditated and pre-planned manner to implicate the petitioners will have ripple effect on the TV industry but also set a very wrong precedent for future investigations.”

Salve claimed mala fide action with intention to suppress the petitioners’ voice. He said that a slew of FIRs were filed by Maharashtra Police against Republic TV and its editor-in-chief Arnab Goswami over its reports on the Palghar lynching case and on other instances. He also referred to proceedings initiated by the privilege committee of the Maharashtra legislature against Goswami.

In view of this, Salve said, if a probe in the TRP case has to be conducted, it should be done by the CBI and not the Mumbai Police who, he said, were biased against the petitioners.