Law is in: Instant triple talaq becomes a crime 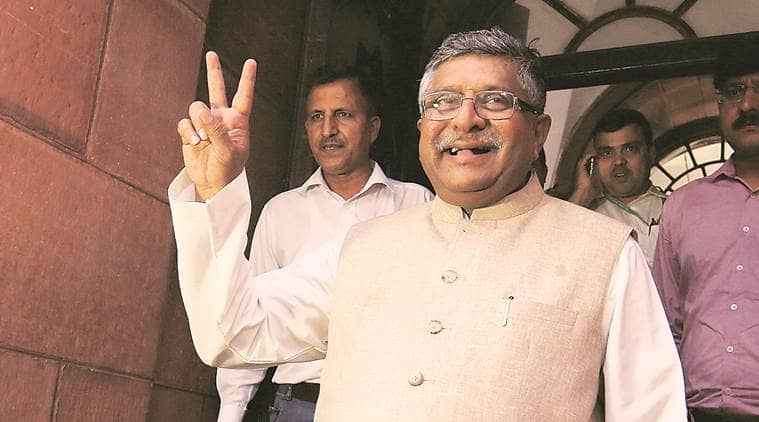 Nearly two years after the Supreme Court set aside the centuries-old practice of instant triple talaq or talaq-e-biddat calling it un-Islamic, arbitrary and not an integral part of religious practice, The Muslim Women (Protection of Rights on Marriage) Bill, 2019 got the stamp of Parliament when it was cleared by Rajya Sabha Tuesday, five days after it got the nod from Lok Sabha.

The passage of the instant triple talaq Bill is a major win for the government given that ruling NDA lacks numbers in Rajya Sabha. The Bill was passed with 99 votes in favour and 84 opposed after BJD came out in support, allies JD (U) and AIADMK walked out while the Opposition BSP, TDP and TRS did a no-show.

Read | Triple talaq bill: How Modi 2.0 felled Opp where it had upper hand

Prime Minister Narendra Modi, taking to Twitter, hailed the passage of the Bill: “An archaic and medieval practice has finally been confined to the dustbin of history! Parliament abolishes Triple Talaq and corrects a historical wrong done to Muslim women. This is a victory of gender justice and will further equality in society. India rejoices today!”

“I thank all parties and MPs who have supported the passage of The Muslim Women (Protection of Rights on Marriage) Bill, 2019 in both Houses of Parliament. They have risen to the occasion and this step of theirs will forever be remembered in India’s history,” he said.

Read | The women behind instant triple talaq petitions: ‘…no other woman’s life will be ruined now’

Home Minister Amit Shah described it as a great day for democracy: “I congratulate PM @narendramodi ji for fulfilling his commitment and ensuring a law to ban triple talaq, which will free Muslim women from the curse of this regressive practice. I thank all parties who supported this historic Bill.”

This was a second setback for the Opposition in a week — its attempt to force referral of The Right to Information (Amendment) Bill, 2019 to a Select Committee had failed last week.

While participating in the debate, the AIADMK opposed the Bill and demanded that it be sent to a Select Committee, but staged a walkout hours before the motion was put to vote. Opposition benches too were not full.

Introducing the Bill, Law Minister Ravi Shankar Prasad called it a historic day. The law, he said, follows from the Supreme Court judgment of 2017 but even after that, newspapers have reported 574 cases of instant triple talaq.

“I want to ask this House, should we tell the women of this country that there is a judgment but we are not acting on it? That is why we have brought this Bill. Because the law is a deterrence. There were some misgivings… people said it is possible a neighbour files an FIR, so we made changes that allow only the woman or her blood relative to lodge an FIR. We have made a provision that this is compoundable. At the instance of the wife, a magistrate can do it… magistrate can give bail upon appropriate condition after hearing the wife… we have kept provisions for bail, for compromise and for subsistence allowance,” he said.

It is a matter of gender justice, gender dignity and gender equality, Prasad said. Among the frivolous reasons for which instant triple talaq has been given, he said, are things like a roti gone wrong or because the wife asked for money to buy vegetables.

The Opposition’s main objection to the Bill was declaration of triple talaq as a cognizable offence, attracting up to three years imprisonment with a fine. Speaker after speaker referred to it, saying that a Muslim woman who has been given triple talaq and her children will be left in the lurch if the husband is sent to jail. In his reply, Prasad said many personal laws like the Hindu Marriage Act and Dowry Prohibition Act have penal provisions. He said cruelty against wife is also a criminal offence under the Indian Penal Code.

Since the Supreme Court judgment on August 22, 2017, this is the first time the Bill has been put to vote in Rajya Sabha. In 2018, when the Bill was introduced in Rajya Sabha, the Opposition had moved for a Select Committee reference but the House was adjourned before voting could take place after treasury benches trooped to the well and started raising slogans. Lok Sabha though discussed the Bill/Ordinance thrice. The Muslim Women (Protection of Rights on Marriage) Ordinance, 2019 was promulgated for the third time on January 12, 2019.

Leader of Opposition Ghulam Nabi Azad, in his brief intervention, accused the government of attempting to finish the Muslim community by bringing this Bill. “This Bill is called The Muslim Women (Protection of Rights on Marriage) Bill. It is a misnomer. In my view, the real intention is destruction of Muslim families,” he said.

“If Muslims are killed by mob lynching, there are law and order implications. But here you are trying to burn Muslim households with the lamp of their own house… so nobody will have any problem,” Azad said. He said the changes brought by the government in the Bill were cosmetic.

Speaking for JD(U), Bashistha Narain Singh said Bills like talaq-e-biddat take long social movements to end, not just through one law. Following his brief speech, his party MPs walked out.

Minority Affairs Minister Mukhtar Abbas Naqvi listed the pro-women initiatives of the NDA government. His mention of Beti Bachao Beti Padhao was met with cries of “Unnao” from the Opposition benches — a reference to the Unnao rape victim being seriously injured in a road accident. The rape accused is UP BJP MLA Kuldeep Sengar.

IIM-Calcutta named OCI card-holder as director, now Home has a poser for HRD: Is she eligible?