To boost ‘Clean Ganga’ campaign, UP govt to build over 1,000 ‘aarti’ platforms from Bijnor to Ballia

According to the administration, by taking “Ganga aartis” to villages and towns it will make the "Clean Ganga" drive the biggest public campaign. 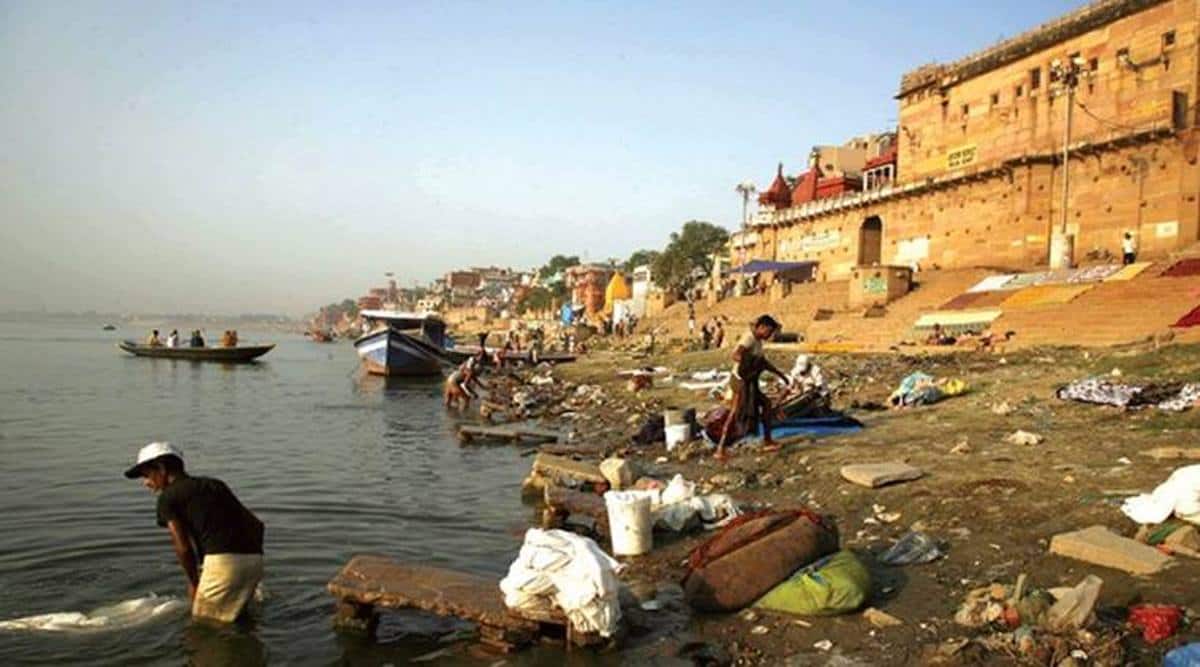 Uttar Pradesh government has decided to build more than a thousand platforms in as many villages on the banks of the river where “Ganga aarti” can be held daily. (File)

In an attempt to spread awareness about the cleaning of the Ganga, the Uttar Pradesh government has decided to build more than a thousand platforms in as many villages on the banks of the river where “Ganga aarti” can be held daily. The government has also decided to renovate all temples and religious places in these villages and develop them as tourism spots as part of the Namami Gange project.

According to the administration, by taking “Ganga aartis” to villages and towns it will make the “Clean Ganga” drive the biggest public campaign. The government also aims to strengthen the affection of the youth towards their culture, and with the river.

The government on Saturday said 1,038 villages from Bijnor district in the west to Ballia in the east had been chosen for the project, and daily “Ganga aartis” would be conducted at these places with the help of the public. At a meeting between the Jal Shakti Ministry and other departments In December, directions had been issued to develop these villages as religious tourism spots.

“The state government is going to do the ‘aarti’ of River Ganga across the state from Bijnor to Ballia and these ‘aartis’ would be conducted at around 1,100 places, including Kashi [Varanasi] and Prayagraj. The government will be building 1,038 new ‘aarti’ platforms, and under the Namami Gange project, a total of 1,038 villages have been chosen on both the sides of the river…As per the plan, the construction of these ‘aarti’ platforms will be started soon with the help of the tourism department in villages which are within five kilometres of the Ganga,” read a government statement.

It added, “The ‘aarti’ platforms will be run with public participation and ‘Ganga aarti’ will be organised daily at a decided time. The villages will also be developed as religious centres with directions issued to build Dharmarth Bhawans in each one of these villages. With the project completed, the sequence of ‘Ganga aarti’ will go on from the first village in Bijnor upon [the river] entering the state to the last village in Ballia.”

State government officials said the Yogi Adityanath administration was planning to take more steps to ensure a cleaner Ganga by establishing new sewage treatment plants in 14 districts. Besides, 62 sewage treatment plants under construction would also start working soon, the officials added. These 62 plants will have the capacity to treat 1,522.16 million litres of waste daily. After these plants start functioning, the state will have an active sewage treatment plant system in 41 of its 75 districts. At present, UP has 104 such plants with a capacity of treating 3,298.84 million litres of sewage waste daily.

Special court: POCSO Act deals with offences against children, accused to be punished under it instead of IPC Sec 354