ABP News along with C-Voter has also predicted that the BJP will retain Assam and win Puducherry, while the DMK-Congress alliance will form the government in Tamil Nadu. 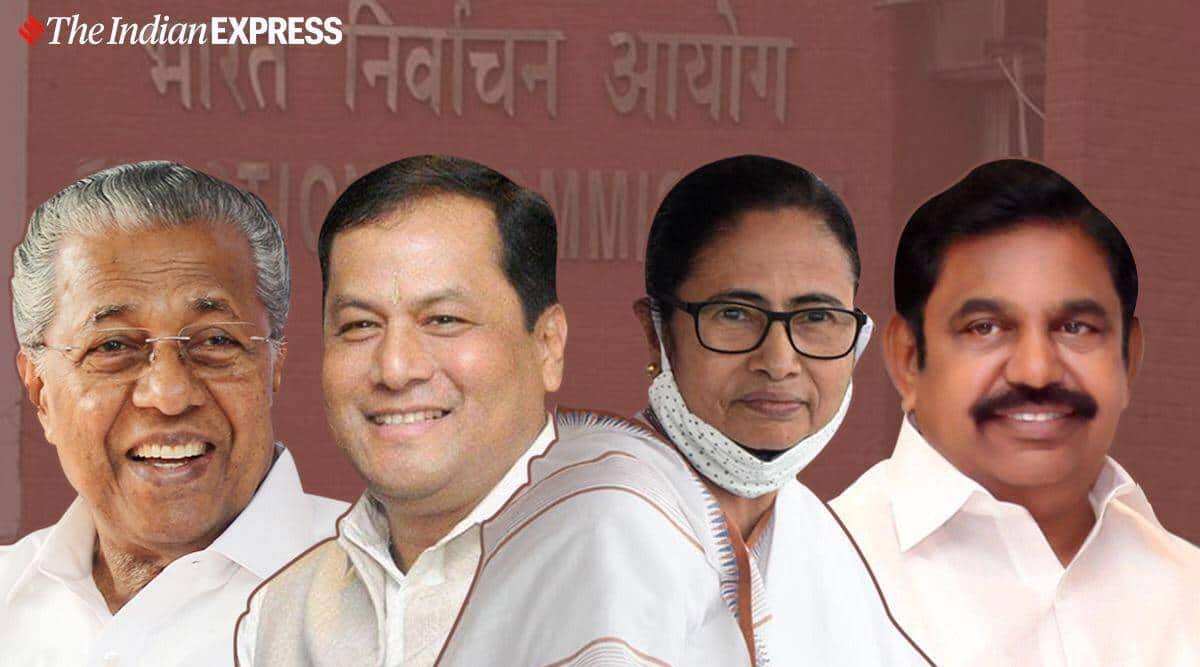 A day after the Election Commission announced poll dates for four states and a Union Territory, the ABP opinion poll has predicted a third term for the Mamata Banerjee-led TMC in West Bengal and a second term for the Communist Party in Kerala.

ABP News along with C-Voter has also predicted that the Bharatiya Janata Party (BJP) will retain Assam and win Puducherry, while the DMK-Congress alliance will form the government in Tamil Nadu.

According to the opinion poll, the TMC is expected to bag 148 to 164 seats. It could face a close competition with the BJP winning somewhere close to 92-108 seats.

The election to the 294-seat Assembly in West Bengal is touted to be a high profile one as the TMC will primarily fight the BJP, which has already made inroads in the state. Several TMC MLAs, including Suvendu Adhikari and party MP Sunil Mondal, have defected to the BJP.

Bengal will go to polls in eight phases starting March 27 with the final phase scheduled on April 9.

The Assembly election in Kerala, scheduled to be held in a single phase on April 6, is all set to be a critical fight between the CPI (M)-led LDF and the Congress-led UDF.

The LDF coming to power for a second term would be interesting as the state often votes each coalition into power on an alternate basis. Since 1980, no incumbent party or coalition has been voted back to power in the state.

Kerala is the only state where the CPI(M) is in power and a defeat in the upcoming election would mean a total wipeout of the party. Elections will be held in 140 seats.

The opinion poll has predicted victory for the BJP in the state for the second time.

Assam, which was a traditional Congress stronghold, made history in 2016 as the BJP came to power in the state for the first time, overthrowing the Congress which had been in power for 15 years.

The Assembly polls will be held in Assam in three phases — on March 27, April 4 and April 6.

In the southern state, MK Stalin’s DMK, which is in alliance with Congress, will defeat ruling AIADMK to form the government, the opinion poll has predicted.

In the 2016 Assembly polls, the AIADMK with J Jayalalithaa at the helm was voted back to power, with a third front led by the Left and Dalit parties splitting the anti-incumbency votes and spoiling the chances for the DMK.

Tamil Nadu will go to polls in a single phase on April 6.

Puducherry will see a tough fight between the Congress-DMK alliance and NDA comprising the BJP, NR Congress and AIADMK in 30 constituencies. However, the opinion poll has predicted the NDA alliance to form the govenment.

In the 2016 Assembly elections, the Congress had won 15 seats. One MLA was disqualified by the party last year under the anti-defection law. Another five resigned recently.

The Union Territory will also go to polls in a single phase on April 6.