The swami, who was known as Sree Hari in his poorvashram, was admitted to the hospital with his penis almost severed. 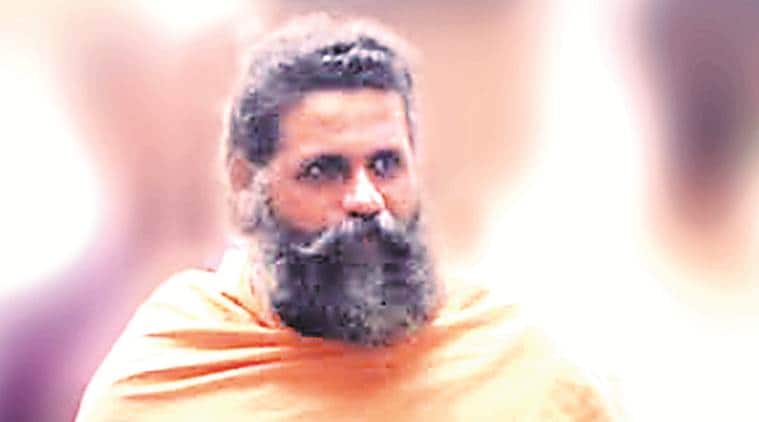 A 23-year-old law student took revenge on a godman who had allegedly sexually abused her for years, by almost cutting off his penis late on Friday night. The 54-year-old swami, who has links with the Hindu Aikya Vedi, an umbrella organisation of Sangh Parivar outfits, has been charged with rape and offences under the law against sexual abuse of children. The woman, who has not been charged, has been hailed as “courageous” by Chief Minister Pinarayi Vijayan.

The accused swami, Gangesanantha Teerthapadar, is associated with Panmana Chattambil Swamikal Asramam, established in Kollam by a disciple of the 19th century social reformer Chattambi Swamikal. He has been a preacher at several temples in Kerala, and has been at the forefront of agitations by the Hindu Aikya Vedi.

He was revered by the upper-caste Hindu Nair family to which the woman belonged, and had free access to their home in Thiruvananthapuram.

Police said the incident occurred around 11.30 pm on Friday, when the swami was at the woman’s home. As he prepared to abuse her, she attacked him with a knife that she had kept ready. She then ran out of the house, taking her mobile phone. Once outside, she rang the police, who rushed across and took the bleeding swami to the medical college hospital.

The swami, who was known as Sree Hari in his poorvashram, was admitted to the hospital with his penis almost severed. He told the police he had inflicted the injury upon himself, “as it (the organ) was of no use for him”.

A medical college official said, “He was admitted with 90 per cent of the penis severed. The penis could not be sutured. Doctors of urology and plastic surgery departments subjected him to emergency surgery to control bleeding and enable him to pass urine. His condition is stable now.”

Police charged the swami with rape and under various sections of The Protection of Children from Sexual Offences (POCSO) Act, as the exploitation had began when the victim was still a minor. On Saturday evening, police recorded the swami’s arrest. He will be produced before a court once he is discharged from hospital.

Chief Minister Vijayan said, “It (the woman’s action) was a courageous step. No doubt about it. Since she has taken the action, what is left for us is to give support for her.”

Deputy Commissioner of Police Dr Arul R B Krishna said there was no particular provocation for the woman to act on Friday night — “She had taken the decision to chop off the genitals of the swami much earlier. It was executed yesterday.”

The officer said the swami had been abusing the woman sexually since the time she was a minor. “We are also looking into whether the abuse has been going on with the consent of parents, particularly the mother. A detailed statement of the woman will be recorded, and we will also look into whether any financial transaction had taken place between the family and the swami,” Krishna said.

BJP state president Kummanam Rajasekharan, who has been the state general secretary of Kerala Hindu Aikya Vedi, said, “I know all swamis in Kerala, including Gangesanantha Teerthapadar. Let the police conduct the probe in the right direction.”

The swami — who ran a tea stall in Ernakulam earlier — got in touch with the woman’s family several years ago in connection with an agitation organised at Kannamoola near Thiruvananthapuram, which is the birthplace of Chattambi Swamikal. The agitation was to reclaim the birthplace of Swamikal, which had been allegedly taken away. Even though the agitation lost steam, the swami remained a frequent visitor to the family’s home.

The woman’s parents thought of him as a godman, and he had a say in the family’s decisions. He was given a room in the house for conducting pujas.

The Panmana Asramam has distanced itself from the swami. Its secretary, A R Gireesh Kumar, said the ashram wanted the accused to be punished. “Fifteen years ago, he had joined the ashram for studies, but he did not complete them. He may have come to the asramam, but we have no links with him. He was not given the title of theerthapadar.”

The swami had been associated with Rajasekharan during the agitation against an airport project in Pathanamthitta district. He had also agitated against the government’s bid to bring temples in north Kerala under a state-controlled temple board.

A social activist who visited the woman said, “She seems to be a brave woman. She told us that she had cut the genitals of the swami in self-defence. She realised that there was no other way to escape the rapist. She said she did not want to be another rape victim who spent her life suffering. She wanted the rapist to suffer throughout his life.”