Ties in oil, gas sector to be focus of PM Modi’s Russia trip

Foreign Secretary Vijay Gokhale said the possibility of opening a maritime route connecting Chennai with Vladivostok will be explored as it could link Europe as well through the Arctic route. 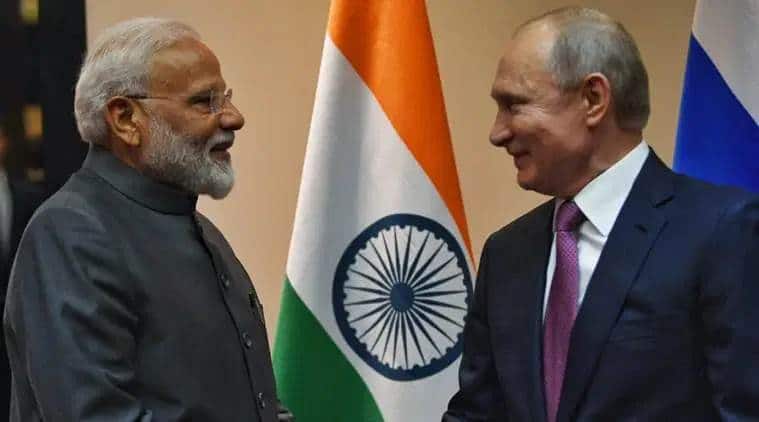 India and Russia are set to roll out a five-year roadmap for stronger cooperation in the oil and gas sector, apart from pacts on skills development, mining, medicine, education and agriculture as Prime Minister Narendra Modi visits Russia’s far-eastern city of Vladivostok where he will meet Russian President Vladimir Putin.

Briefing the media on the Prime Minister’s visit, Foreign Secretary Vijay Gokhale said the possibility of opening a maritime route connecting Chennai with Vladivostok will be explored as it could link Europe as well through the Arctic route. Gokhale said India is also looking at cooperation in the farming sector and exploring the possibility of sending skilled manpower to Russia.

In Vladivostok, Modi and Putin will hold the 20th India-Russia annual summit on September 4. During his stay, Modi and the Russian President will visit one of Russia’s major shipbuilding yards.

On September 5, Modi will attend the Eastern Economic Forum as chief guest and hold bilateral talks with several leaders on the sidelines. He and Putin will also visit an international judo championship in Vladivostok in which a six-member Indian team is participating, Gokhale said. He said a number of agreements, including in the coal mining and power sectors, are expected to be firmed up during Modi’s visit.

Replying to a question, the foreign secretary said Russia fully supports India on the Kashmir issue and on its concerns on cross-border terrorism.

He said both sides are expected to firm up a five-year roadmap laying out possibilities of cooperation in oil and gas sector. At present, India relies heavily on the Gulf region for its energy requirement. Gokhale said India is looking at Russia as a major source of hydrocarbons.

He said some letters of intent will also be signed between Ind-ian public sector companies and Russian entities for development of oil and gas fields in Russia.

Gokhale said India may announce investment in new oil fields in Russia and something concrete may come up on import of LNG from Russia.

In the summit talks, the two leaders are expected to discuss a number of key regional issues, including the Afghan peace process and situation in the Gulf region. They are also expected to explore ways to enhance cooperation while working in multilateral organisations like Shanghai Cooperation Organisation and BRICS.