Thunderstorm alert LIVE UPDATES: A dust storm is seen building up over the city of Bikaner on Monday. In a fresh advisory by the India Meteorological Department (IMD), dust storm and heavy rain likely at isolated places in Uttar Pradesh, Jammu and Kashmir, Punjab, Himachal Pradesh, western Rajasthan and states in North-east. (PTI photo)

Thunderstorm alert LIVE UPDATES: Several parts of north India are likely to witness thunderstorm, accompanied by gusty winds and moderate squall on Tuesday. Wind speed is expected to vary between 50 and 70 km per hour, according to the India Meteorological Department (IMD). IMD issued an alert on Monday saying “under the influence of a western disturbance, a cyclonic circulation over Haryana and a west-east tough from northwest Rajasthan to central Madhya Pradesh in lower levels” will bring light to moderate rainfall in north India. The prediction comes a week after a deadly thunderstorm killed at least 124 people and injured more than 300 in Uttar Pradesh and Rajasthan. In the next 48 hours, parts of Jammu and Kashmir, Himachal Pradesh, Uttarakhand, Punjab, Haryana, Chandigarh and Delhi and western Uttar Pradesh are expected to witness heavy to moderate rainfall. The wind speed of 50-70 kilometers per hour has been predicted. Also READ | North India could witness thunderstorm, gusty wind | Also Read | Thunderstorm alert: What Delhi should know and prepare for

The parapet of a building collapsed in Badarpur area of south east Delhi on Tuesday night, injuring three children and a woman. A Delhi Fire service official told PTI that the incident took place apparently due to high-speed winds.

Thunderstorm with rain and gusty winds would occur over and adjoining areas of most parts of Delhi and NCR including Bhiwani, Rohtak, Bagpat, Panipat, Meerut, Muzaffarnagar, Bijnor in the next two hours: IMD

Rainfall in Fatehabad in Haryana

Search and rescue teams put on standby in Delhi

Delhi government had put search and rescue teams on standby in the wake of the weatherman issuing a warning of heavy rain and thunderstorm. The traffic police has alerted their field formations to be ready to remove obstacles such as fallen trees and asked commuters to check weather conditions before travelling.

IMD says Uttarakhand to witness thunderstorms in next 24 hours

According to IMD, Uttarakhand will continue to experience thunderstorms in the next 24 hours.

Thunderstorm with rain and strong winds would occur over NCR including Hisar, Kaithal, Jind, Kurukshetra, Karnal during next two hours: IMD

Heavy rains and thunderstorm are likely to hit the national capital tonight, according to the MeT department. The maximum temperature was recorded at 34.7 degrees Celsius today, four notches below normal while the minimum settled at 22 degrees Celsius, norm l for this time of the year, a MeT official said.
The humidity levels oscillated between 54 and 28 per cent.

Thunderstorms on May 2-3 killed at least 134 people, says MHA

Thunderstorms and lightning on May 2-3 killed at least 134 people and injured more than 400 in five states, including the hardest-hit Uttar Pradesh, the Home Ministry said today. The highest 80 people were killed in Uttar Pradesh and nearly 100 others were injured in the state. A majority of the deaths and injuries were reported from the Agra region, a home ministry spokesperson said, giving the latest figures. 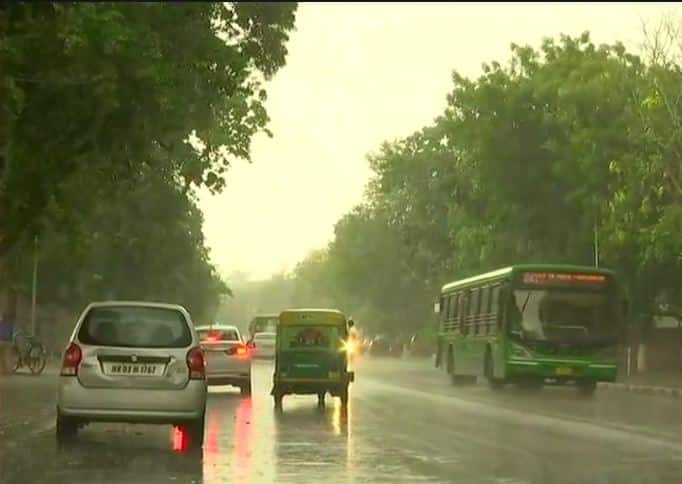 People walk on Mall Road in Shimla after hailstorm 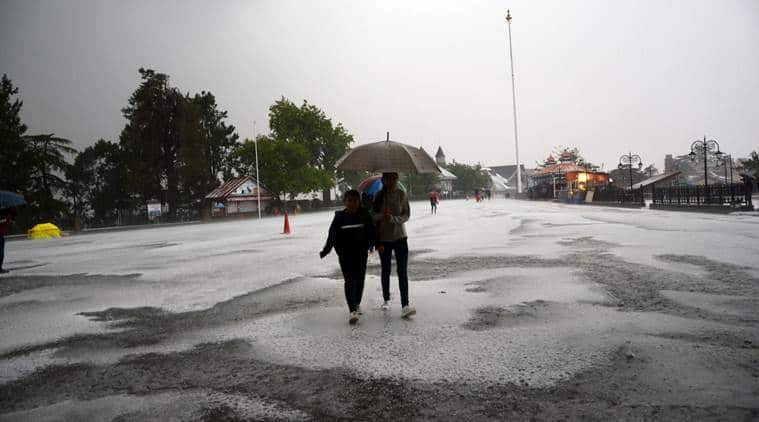 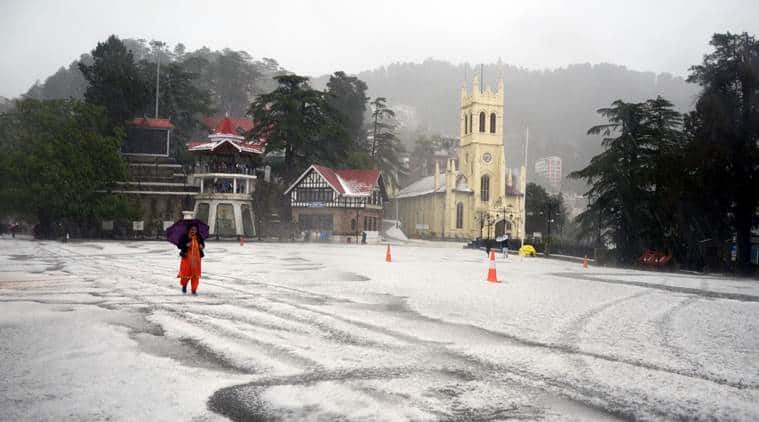 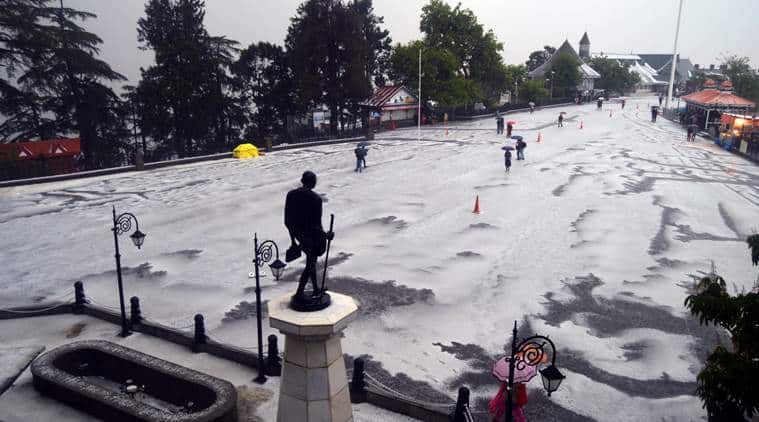 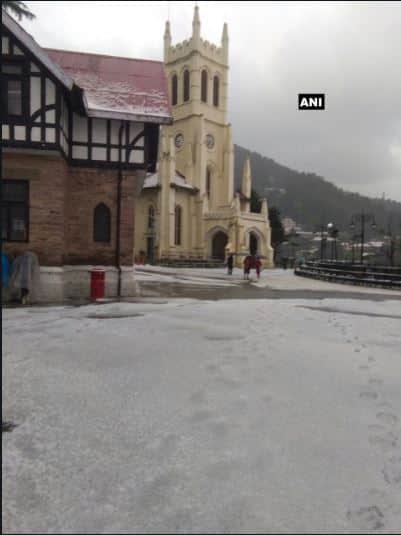 Thunderstorm and hailstorm alert issued for Uttarkashi, Chamoli, Rudraprayag, Pithoragarh districts for the next few hours.

The meteorological department has warned that thunderstorm accompanied with squall and wind speed of 50-70 km/hour may hit isolated places in Sikar, Ajmer, Nagaur, Jaipur, Dausa, Alwar and Tonk districts from 9 am–11 am today.

The weather office has forecast dust storm, thunderstorm or light rains in 26 out of 33 districts of Rajasthan today.

Heavy winds hit Ajmer and some areas of Jaipur this morning while a dust storm hit Bikaner and nearby region last night.

Days after dust storms whipped through parts of Rajasthan and Uttar Pradesh, killing over a hundred people, a blame game has started between the Centre and the India Meteorological Department (IMD) over alleged lapses in the weather warning agency’s early warning mechanism. While the Centre has asked IMD to explain why its forecasting mechanisms failed to prevent the deaths, the meteorological agency maintained it had called up chief secretaries of the two BJP-ruled states, but they had “failed to disseminate the information.” The IMD also said that its role was to forecast and issue alerts, while it was up to the state authorities to take it to the “last mile” and alert people.