According to a document of the Ministry of Home Affairs (MHA), these cases have been registered, among others, under provisions of the UAPA, Indian Penal Code and Arms Act. 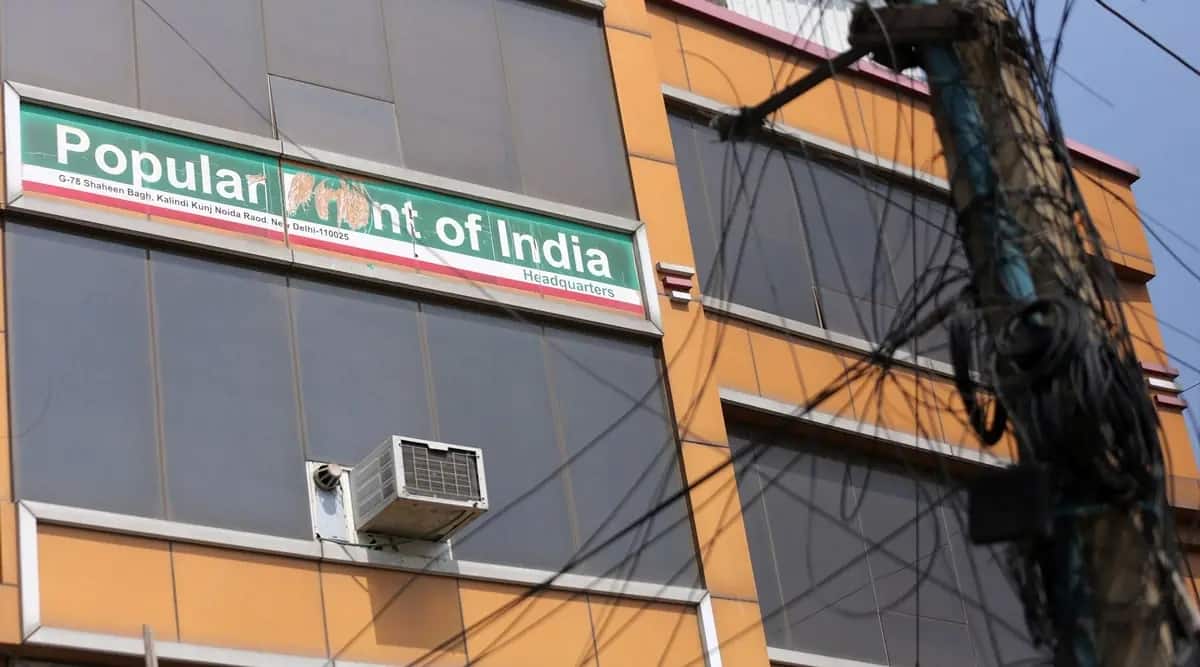 The ban on the Popular Front of India under the Unlawful Activities (Prevention) Act comes in the wake of over 1,300 criminal cases registered across the country by law enforcement agencies against PFI members and recoveries from them suggesting alleged terror links, sources in the security establishment told The Indian Express Wednesday.

Editorial |After the ban: The political challenge posed by PFI still needs tackling

According to a document of the Ministry of Home Affairs (MHA), these cases have been registered, among others, under provisions of the UAPA, Indian Penal Code and Arms Act.

These include offences related to the killing of leaders associated with Hindu organisations, organising suspected terror camps, alleged radicalisation of youth and links with foreign terrorist organisations such as the Islamic State.

According to the MHA document, the recoveries from PFI members over the years include documents on how to make IEDs using easily available material, a brochure and CD related to Mission 2047 – a document containing material on converting India into an Islamic State – handheld marine radio sets, pen drives with pro-IS videos, ammunition, weapons, even physical education guide books.

The PFI and its front organisations, the document states, have presence in 17 states and the organisation “encouraged” its cadres to “undertake actions that were prejudicial to the maintenance of peace and harmony between different religious groups”.

The PFI office in New Delhi: Locked and sealed. PTI

Officials said some activists of PFI, particularly from Kerala, had joined the Islamic State and had participated in terror activities in Syria, Iraq and Afghanistan. Some of them were also killed in action by security forces in these conflict theatres, officials said.

In 2017, Kerala police said that six alleged PFI activists – they were identified as Abdul Ghayoom, Abdul Manaf, Shabeer, Suhail and his wife Rizwana, Safwan – had joined the Islamic State in Syria. Security agencies later learnt that Manaf and Shameer had been killed in Syria fighting alongside the IS.

The declaration of the PFI and its affiliates as “unlawful associations” allows law enforcement agencies to freeze bank accounts, seize assets of these organisations – in short, choke their funding and activities.

Also that year, the NIA filed a chargesheet against eight men from Kerala for being members of the IS and propagating its activities. It identified one of them as P Safwan, a graphic designer with Thejas, said to be the PFI mouthpiece.

The MHA notification banning PFI also mentions its alleged links with the IS and the Jamaat-ul-Mujahideen Bangladesh (JMB). The NIA is currently probing 19 cases against the PFI and its leaders.

The PFI came under the spotlight in 2010 when its activists allegedly chopped off the hand of a Kerala professor, T J Joseph, accusing him of blasphemy over a question he had asked in an exam paper.

Security personnel speak with Popular Front of India (PFI) workers protesting against the raid of NIA at the PFI office, in Chennai (PTI photo)

The then UPA government handed over the case to the NIA which arrested several PFI activists and chargesheeted them. Thirteen people have been convicted in the case while 11 are standing trial. The key accused, however, fled the country.

The MHA document also mentions recovery of arms and explosives from a training site in Narath (Kannur) by the Kerala police in April 2013. The case was transferred to the NIA and 41 PFI activists were convicted in 2016.

Explained |Who are the PFI, and why are premises linked to them being searched by the NIA?

“The PFI covertly organised training exercises and military-like drills where participants were trained to use force against certain religious groups, which were perceived by the outfit as enemies of Islam,” the MHA document states.

It also mentions a case related to a training camp organised by the PFI in Nizamabad in Telangana this year. The case is now being probed by the NIA. “The accused were organising camps for imparting training to commit terrorist acts and to promote enmity between different groups on the basis of religion,” the NIA said in a statement following its searches.

“Interrogation of the accused revealed that the PFI would identify Muslim youth, specifically from poor or middle class, who were later instilled with anti-Hindutva ideology and imparted training. The training involved the use of swords and nunchucks,” the MHA document states.

Among recoveries allegedly made by agencies from suspected PFI activists is an IED-making brochure, seized from one Mohammed Nadeem in Barabanki, UP.

The document mentions a diary recovered by the Enforcement Directorate from one M Mohammed Ismail that allegedly “revealed about a sinister plot of PFI… to create a civil war-like situation in India”.

The document flags PFI’s funding and claims that over 100 bank accounts of the PFI do not match with the financial profiles of the account holders. This, it states, has led to the withdrawal of the registration status of PFI under sections 12A & 12 AA of the I-T Act.

“This has been done as part of a larger criminal conspiracy of PFI and its related entities to raise funds within the country and abroad to carry out various unlawful activities which have resulted in the registration of numerous FIRs/complaints against them for commission of scheduled offences over time and the filing of chargesheets and conviction of its members/office-bearers,” the ED said.