“Even though India has long had a presence along the Bhutan-China border, it has never acted in defence of its ally’s interests. The Chinese are very upset by the Indian assertion, and are seeking to push back against what they see as a line having been crossed,” a senior Indian official said. 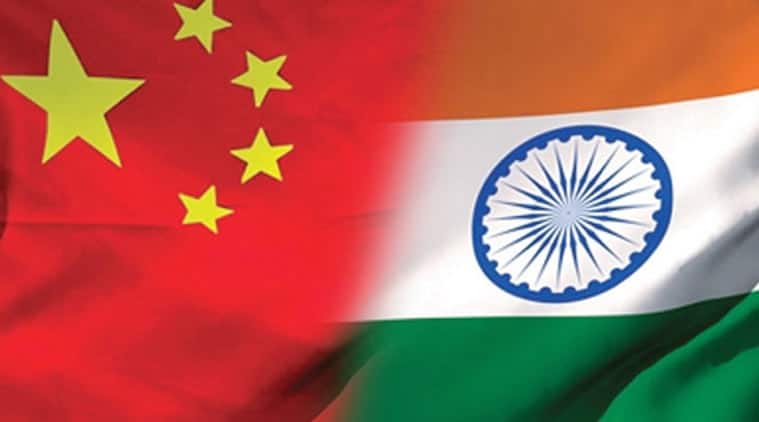 Beijing upped the ante, telling New Delhi to “correct its errors” before reopening of the Nathu La Pass for Kailash Mansarovar pilgrims can be considered.

Face-offs between Chinese and Indian troops over road construction on the borders of a 269-sq km plateau in Bhutan claimed by China has sparked off what experts are describing as the worst crisis in relations between New Delhi and Beijing since troops from the two countries confronted each other at Daulat Beg Oldi in 2013, diplomatic sources told The Indian Express.

The clash on the Doklam plateau, which overlooks the strategic Chumbi Valley, Indian diplomatic sources said, involved troops serving with India’s Brigade-sized mission at Ha — a formation meant to train Bhutan’s armed forces, but which also deploys alongside the Royal Bhutan Army to patrol its frontiers against China.

“Even though India has long had a presence along the Bhutan-China border, it has never acted in defence of its ally’s interests. The Chinese are very upset by the Indian assertion, and are seeking to push back against what they see as a line having been crossed,” a senior Indian official said. (A PTI report said Army chief General Bipin Rawat will visit Sikkim Thursday to take stock of operational matters and interact with top commanders in the formation headquarters. The agency also quoted Vetsop Namgyel, Bhutan’s ambassador to India, saying his country had issued a demarche to China over the construction of a road towards its Army camp in Zomplri area of Doklam and asked Beijing to restore status quo by stopping work immediately.)

Meanwhile, Beijing upped the ante, telling New Delhi to “correct its errors” before reopening of the Nathu La Pass for Kailash Mansarovar pilgrims can be considered. China also described the construction of the border road as “legitimate”, maintaining that it was being built on Chinese territory that does not belong to India or Bhutan and no other country had the right to interfere.

Chinese Foreign Ministry spokesperson Lu Kang indicated that the point of friction was in the Donglong (Doklam) region, which he stressed belonged to China. “It is reported that the incidents happened at Donglong, (that it) is part of the disputed territory between China and Bhutan. The region is part of China and is indisputable. China’s construction is a legitimate activity. If India wants to raise an issue about it, I would say that it doesn’t belong to India and neither does it belong to Bhutan,” he said.

According to Lu, Indian troops crossed the boundary on the Sikkim side into Chinese territory. “This is different to what was before in India-China boundary. Bhutan is an internationally recognised country and its sovereignty is to be respected. Even if the boundary is delimited, no third party should interfere and make irresponsible comments,” he said.

Few details have emerged on the clash but two Indian officials said that Beijing has privately complained that Indian troops attacked a road-construction unit on the night of June 4-5, leading to an unarmed brawl in which two Chinese personnel sustained minor injuries.

Later, on the morning of June 5, Chinese troops retaliated in strength, destroying Indian sangars, or simple rock-and-earth bunkers, built on the Bhutan side of the de-facto border, near an Indian-guarded position identified by the code-name Laltain, or Lantern.

Neither country has officially admitted to the clash having taken place, but an opaquely worded June 26 statement by the Chinese Foreign Ministry said Indian troops had crossed “the China-India boundary at the Sikkim section and entered the Chinese territory, obstructing Chinese border troops’ normal activities in Doklam”.

The Foreign Ministry did not explain how Indian troops had succeeded in traversing several dozen kilometres of mountain terrain required to move from Sikkim to Doklam — wording Indian diplomats said was likely intended to avoid drawing Bhutan into the controversy.

Beijing’s strategic equities in the Doklam plateau have multiplied in recent years, with the upgrading of the road from Lhasa to Yadong, which allows the 500-km journey to be made in just seven hours. The road, which passes through Bhutan’s territory, has significantly enhanced China’s military logistics in the region, which faces out on to India’s defences in the so-called Chicken’s Neck, through which all roads to the North-East must pass.

In addition, China is now in the process of extending the Beijing-Lhasa high speed railway line to Yadong, and is expected to begin test runs in less than two years. Beijing had, in 1996, offered to renounce its claims over the Pasam-Lung and Jakar-Lung valleys in northern Bhutan, 495 sq km, in return for Thimphu ceding its claims to the Doklam plateau. It was reported to have also pressured Thimphu by saying it would not agree to a border deal until Bhutan allowed it to open a diplomatic mission in that country.

Former National Security Advisor Shivshankar Menon had travelled to Thimphu in 2013, amidst rumours that Bhutan was considering such an arrangement. However, following Prime Minister Narendra Modi’s visit to Bhutan in 2014, its Prime Minister, Tshering Tobgay, moved to quell the rumours, saying “We don’t even have diplomatic relations. How can you open an embassy without diplomatic relations?”

The genesis of the Doklam plateau crisis date back to the 1950, as tensions between China and India began to rise. Even in 1959, a Chinese Ministry Foreign Affairs document issued on December 26 that year records, “concerning the boundary between China and Bhutan, there is only a certain discrepancy between the delineation on the maps of the two sides in the sector south of the so-called McMahon Line.”

In other words, China agreed that there were no discrepancies between its maps and those of Bhutan in the country’s west, where the Doklam plateau lies. But in 1960, China’s leadership sparked off panic in Bhutan by asserting, in a statement, that the “Bhutanese, Sikkimese and Ladakhis form a united family in Tibet. They have always been subject to Tibet and to the great motherland of China”. Then, in 1966, Tibetan nomads entered the pastures of the Doklam plateau, escorted by People’s Liberation Army guards, provoking fears of an attempt to occupy the territory.
In 1988, things came to a head when the PLA crossed into Bhutan and took control of the Chumbi Valley, below the Doklam plateau. In the years since, PLA troops have been reported to have regularly threatened Royal Bhutan Army guards on the plateau, and sometimes occupying their posts for several hours or even days.

With the standoff continuing, an opinion article in China’s state-run Global Times stated that India needed to be “taught rules” of handling boundary disputes. “China avoids making an issue of border disputes which has indulged India’s unruly provocations. This time the Indian side needs to be taught the rules. India cannot afford a showdown with China on border issues. It lags far behind China in terms of national strength and the so-called strategic support for it from the US is superficial,” the article stated.

At Jantar Mantar: Not in my name, I came here to break the silence