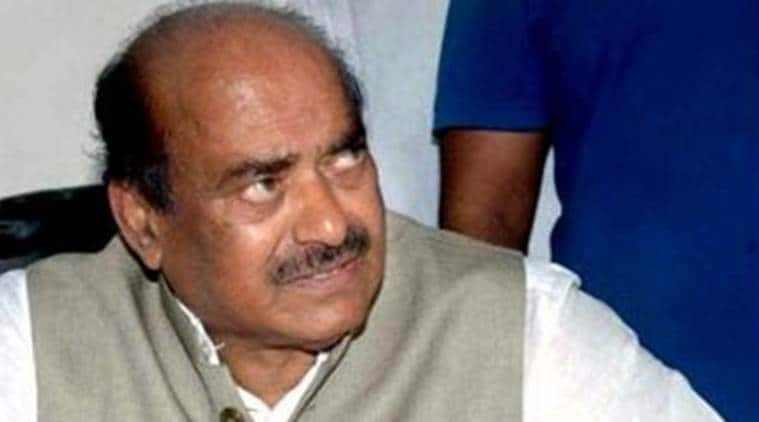 Telugu Desam Party MP from Ananthapur, J C Diwakar Reddy created a ruckus at the Visakhapatnam airport after allegedly being denied  a boarding pass  on Thursday. Reddy reportedly arrived late to board an Indigo flight to Hyderabad. After being denied a boarding pass, he allegedly damaged airport property.

A grainy video recording of the incident showed Reddy arguing with the airline officials. The staff later complained to the airport authorities after Reddy damaged a boarding pass printing machine, according to reports. Indigo said that it is currently investigating the incident. “We are investigating the matter, no comments to offer till completion of a thorough investigation,” IndiGo said in a statement.

In a similar incident in 2016, Reddy created ruckus at the Vijayawada Airport after arriving late.

By the end of June, a “national no-fly list” will be unveiled by the Ministry of Aviation. Unruly passengers can be banned from flying for a minimum of three months. The no-fly list, which is still in drafting stages, will classify offences into three categories. At level one, misdemeanours including physical gestures, verbal harassment and unruly behaviour because of inebriation will attract a minimum ban of three months.

Level 2 comprises physically abusive behaviour such as pushing, hitting, grabbing, inappropriate touching or sexual harassment. This carries a ban of six months. Level 3 consists of life-threatening behaviour such as damage to aircraft operating system, physical violence such as choking or murderous assault and attempted breach of flight crew compartment. This will carry a flying ban of two years or more without limit.

If a passenger repeats the same degree of offence he/she will be banned for twice the period of the previous ban.