"The developed countries should finalise a new collective finance goal in time for the global stock-take in 2023 which would inform parties for future action through NDCs," Vardhan said. 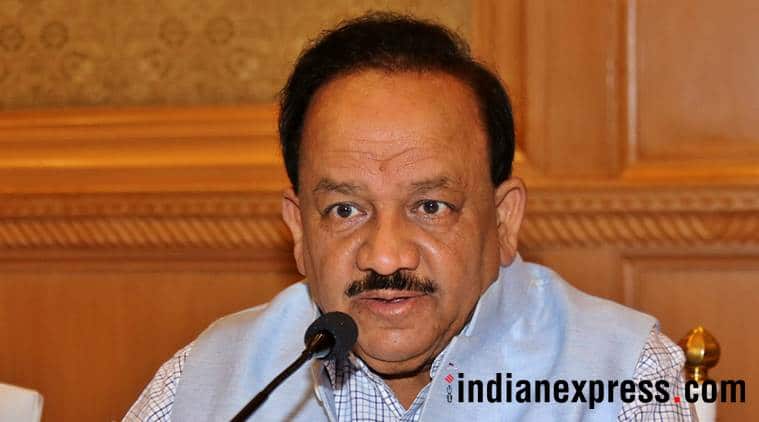 Addressing the ministerial meet of BASIC (Brazil, South Africa, India and China) countries hosted by the Union Environment Ministry, Vardhan said developed countries must take the lead in the fight against climate change by their actions as well as by their provision of enhanced financial support and other aid to developing countries.

Ahead of the crucial climate conference in Poland later this year, the Indian minister said developed countries seemed to be “shedding” their responsibilities in the pre-2020 period and delaying climate action, which he said would place additional mitigation burden on developing countries.

Vardhan said developed countries are “far from realising” their climate finance commitment of mobilising USD 100 billion by 2020 and asserted the developed nations should not only make urgent efforts to honour this commitment but also progressively and substantially scale up their financial support in post-2020 period.

He said lack of ambition of developed countries and their unfulfilled promises should not place additional burden on developing countries to further enhance the level of ambition of their Nationally Determined Contributions (NDCs).

“We must ensure that the progress on NDCs at COP 24 (Climate conference in Poland) does not yield an outcome that is mitigation-centric but it should address all elements including mitigation, adaptation, finance, technology development and transfer and capacity building,” Vardhan said.

He said “shedding of responsibilities in the pre-2020 period and delaying climate action” was neither in accordance with the agreed principles of the United Nations Framework Convention for Climate Change (UNFCCC), or latest scientific findings.

“This would not only put additional mitigation burden on developing countries in the post-2020 period but also increase the overall costs and present greater economic challenges for us to make a transition to low carbon growth pathway.

“At COP 24, we must prioritise pre-2020 agenda as it would help build trust among parties and strengthen their faith in the multilateral process. Developed countries should be encouraged to fulfill their pre-2020 commitments even in the post 2020 period and this will form a strong foundation for post 2020 action.

“The developed countries should finalise a new collective finance goal in time for the global stock-take in 2023 which would inform parties for future action through NDCs,” he said.

He said India looks forward to constructive engagement and meaningful outcomes from the Facilitative Talanoa Dialogue at COP 24, that will pave the way for a better starting point in 2020 for the implementation of the Paris Agreement.

Though BASIC group of countries are the leading emerging economies, they still have significant percentage of the world’s poorest, Vardhan said.

“For us, enabling the growth of the poor out of poverty trap is an important part of our response to tackling climate change and we know that the opportunities for the two efforts to complement each other are significant.

“To that effect, the efforts outlined in our NDCs – increasing clean energy production and access, deploying new energy efficient technologies, and adapting to low carbon-intensive lifestyles – are targeted at creating opportunities for sustainable livelihoods, and sustainable development for the poor,” he said.

He also said barriers continue to impede the progress of renewable energy and energy efficiency deployment.

“We must attack these barriers. High patent cost of such technologies and non-facilitative IPR regimes are barriers that the Financial Mechanism should address. We are not asking IPR regime to be tampered or dismantled but only support for quick dissemination of technologies,” he said