On the charge of the Collegium working being opaque, Justice Chandrachud said there is a “legitimate… public interest in knowing how judges are appointed” but “we also need to preserve the privacy of the people”, members of the Bar or judges of the High Court “who are under consideration”. 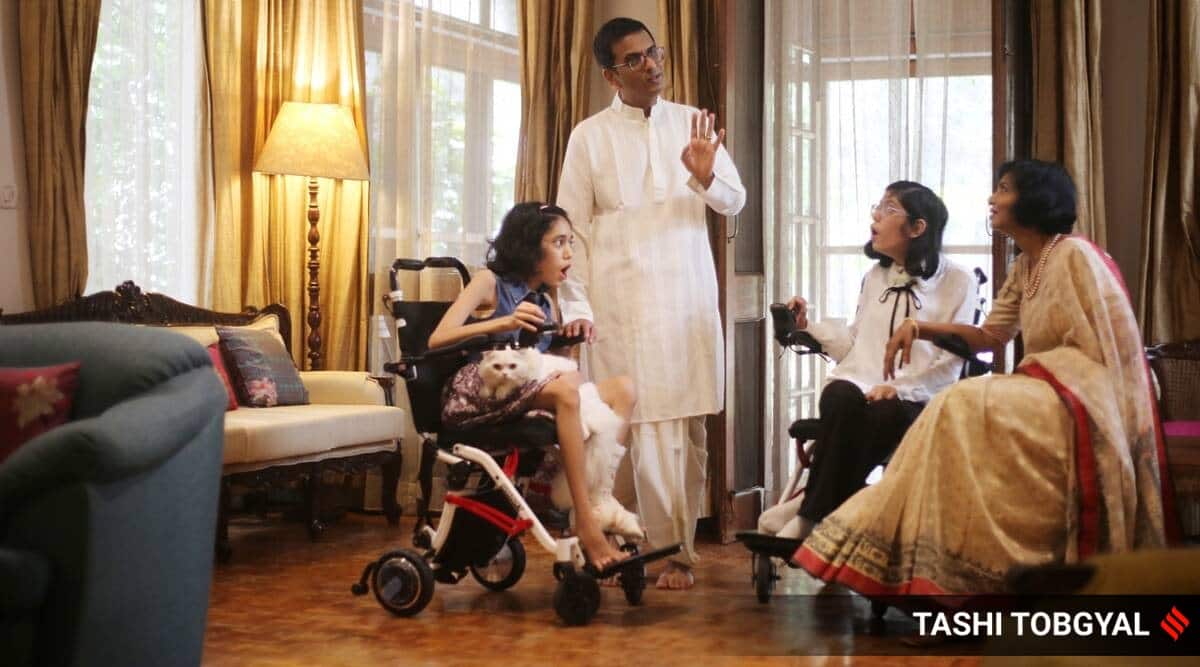 Chief Justice of India-designate D Y Chandrachud with his wife Kalpana Das and their foster children Mahi (left) and Priyanka at their residence in New Delhi on Tuesday. (Express Photo by Tashi Tobgyal)

Days after Union Law Minister Kiren Rijiju targeted the Supreme Court’s Collegium system of appointing judges as “opaque, not accountable” involving a “lot of politics”, Justice D Y Chandrachud, who takes over as the 50th Chief Justice of India Wednesday, said criticism of the Collegium system must be looked at in a “positive light” and attempts made to improve it.

“While we work within the fold of that system… yet at the same time, there are several improvements which we can bring about because no institution in any constitutional democracy can lay claim to being perfect. So I think it’s a constantly evolving process,” he told The Indian Express.

On the charge of the Collegium working being opaque, Justice Chandrachud said there is a “legitimate… public interest in knowing how judges are appointed” but “we also need to preserve the privacy of the people”, members of the Bar or judges of the High Court “who are under consideration”.

“Otherwise, if we start exposing every little detail of our discussions, of our deliberations, in the public scrutiny, the net result would be that many good people will just not be interested in seeking judgeship or accepting it when the offer of judgeship is made. Because the feeling would be that well, by even accepting the offer of judgeship, you are exposing your own intimate personal lives to a level of scrutiny which is not really relatable to the needs or interests of the institution,” he said.

“I do believe that as judges, what we do in terms of our written word in our judgements, and in our work as judges, is what should count. So, the best way to deal with criticism is to work in a manner which is more accommodating of diverse critiques of the functioning of the Collegium. Some of the criticism may not be entirely justified. Some of the criticism may warrant some look at how better we can foster our procedures which is something which we will do. But all change has to be taking place in an incremental manner so as to promote stability, so as to promote certainty and better outcomes for everybody,” he said.

On his priorities for the judiciary, Justice Chandrachud said the first on the list is filling vacancies, from the district judiciary to High Courts to the Supreme Court. He also underlined the need to bring in more diversity in the judiciary.

Stating that judges need not be unnecessarily worried about criticism on social media, he said judges will “need to readapt… re-engineer” in the era of social media.

With courts increasingly going in for live streaming of cases, this, he said, “will place new demands on our judges. So, it’s important that we also train ourselves, and we must have robust training programmes in place for judges on the abilities to handle this new challenge of the times in which we live.”