Pointing to volume, Swiss office says several dispatches may be needed. According to the two Swiss agencies, India is among 73 countries with whom information on bank accounts will be shared this year — AEOIs were implemented with 36 countries last year. 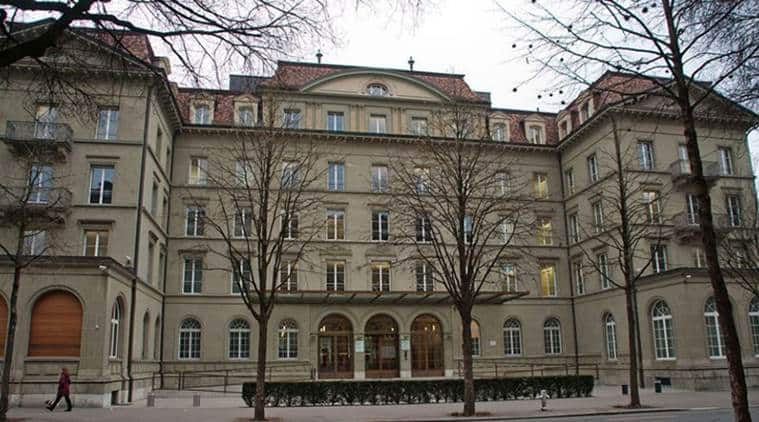 Headquarters of the Federal Department of Finance, Switzerland (Source: Wikipedia)

The stage is set for the first exchange of banking information between India and Switzerland before the September 30 deadline. This follows the Automatic Exchange of Information (AEOI) agreement signed between the two countries, and which came into force January 2018.

In written replies after The Indian Express contacted officials in the Swiss Finance Ministry and the Swiss Federal Tax Administration (EStV) in Berne, the Federal Tax office stated that “several dispatches might be necessary” in the case of India, giving an indication of the volume of details to be shared with Indian tax authorities of all Indians with bank accounts in Switzerland as of 2018 beginning.

According to the two Swiss agencies, India is among 73 countries with whom information on bank accounts will be shared this year — AEOIs were implemented with 36 countries last year.

Hundreds, if not thousands, of banking account details are on the verge of being transferred to India with the spokesperson for the Swiss Finance office describing the upcoming exchange as an “important milestone in the relationship between India and Switzerland”.

In New Delhi, senior officials of the Foreign Taxation & Tax Research (FT&TR) told The Indian Express that they were “all set” to receive the bank account details under the AEOI. “We have all the systems in place and are ready for the exchange. Following the delivery of the data, the Swiss account details will be compared with the tax returns of account holders and action taken wherever necessary,” a senior official said.

The Federal Tax Administration stated: “In Switzerland, every activation of the AEOI with a new partner state needs the approval of the Swiss Parliament. This requires the implementation of the legal authorization procedures (public consultation on the proposal; governmental dispatch for the attention of the Parliament; debate on the bill in both chambers of Parliament). Concerning India, the procedure was started in November 2016 and successfully completed in December 2017 so that AEOI could enter into force on 1 January 2018.”

“In addition, the Swiss Parliament also adopted a controlling mechanism ensuring that the partner states implement the AEOI in a standard-compliant manner before exchanging financial account information. For this purpose, the Government established a report on the results of the assessments. The report will be submitted to the competent parliamentary committees for consultation. We do not expect any difficulties with regards to India,” the Federal Tax Administration said.

The AEOI process, which kicks off in September, will be an annual exercise and Swiss officials say they are also awaiting banking information that India will simultaneously share with them.

Automated facial recognition: what NCRB proposes, what are the concerns