WHO chief scientist Swaminathan set to resign, return to India to do ‘hands-on’ work

With the global outbreak of the coronavirus, the WHO’s science division played an important role, with one of its significant contributions being bringing out guidelines for the clinical management of Covid-19 patients. 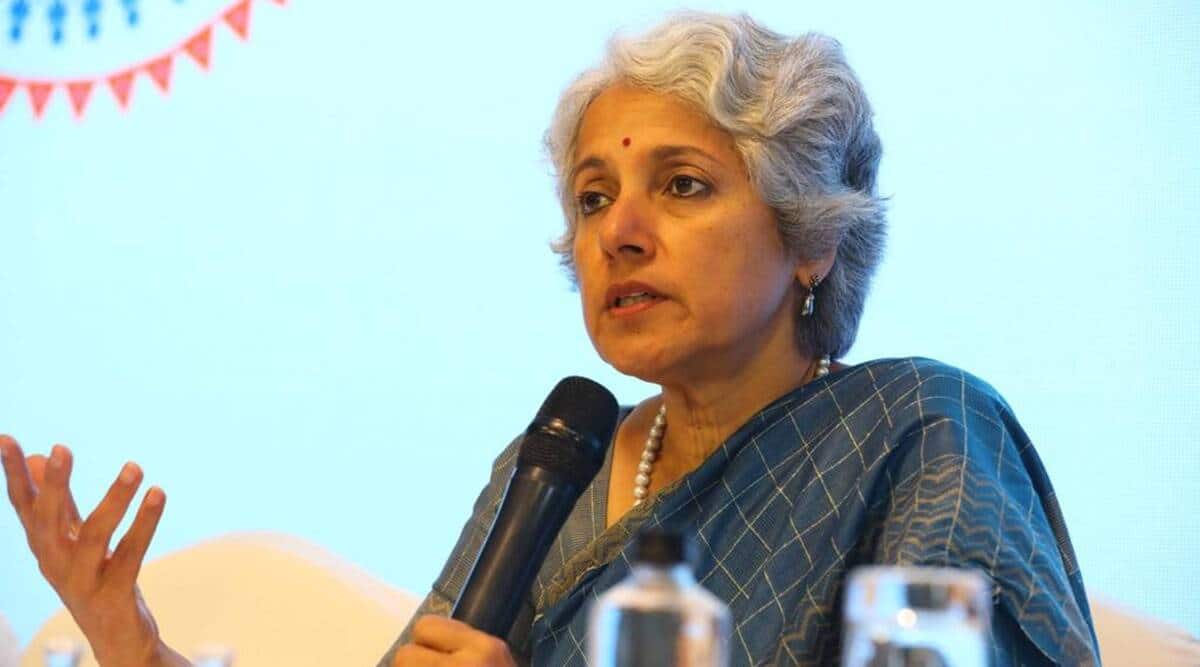 According to her, the need to be prepared for an emergency was one of the main lessons learnt from the pandemic. (File Photo)

Dr Soumya Swaminathan, chief scientist at the World Health Organisation (WHO), will resign from her post on November 30 after a five-year stint and return to India. The 63-year-old, who is two years short of the WHO’s mandatory retirement age, told The Indian Express that she felt an urge to do “more hands-on practical work” and that she always wanted to live and work in India.

“The main reason is that I feel an urge, after five years at the global level, to come back to more hands-on practical work in research and policy. I would like to turn all the ideas and concepts we have been promoting in the WHO into reality. I have met so many incredible people and been exposed to many good ideas and feel that I could be contributing to so many things in India. These are exciting times with so much interest and investment in health and I would like to be part of that transformation. There is a window of opportunity in India and in countries like India, which are taking health seriously, to really build strong and resilient primary health systems and empower communities. I have always wanted to live and work in India, and whenever I had an opportunity abroad, it has always been for a limited amount of time,” Swaminathan said.

Also read |Health should be seen as investment, not expenditure: WHO chief scientist

A paediatrician who is globally recognised for her research on tuberculosis and HIV, Swaminathan has also served as director general of the Indian Council of Medical Research for two years before taking up the post of deputy director general (programmes) at the WHO in 2017. After the agency set up a science division, she became the WHO’s first chief scientist starting March 2019.

With the global outbreak of the coronavirus, the WHO’s science division played an important role, with one of its significant contributions being bringing out guidelines for the clinical management of Covid-19 patients.

“This was real innovation, and every time a clinical trial reported results, we would update the guidelines so that people would know which drugs were effective,” Swaminathan said.

According to her, the need to be prepared for an emergency was one of the main lessons learnt from the pandemic.

“All divisions, departments and teams should be in place and there should be no confusion as to who is doing what. Of course, we all learnt on the job as the science division was new,” said Swaminathan, who was among the few senior staff of the WHO to address global media conferences on emerging evidence around Covid-19.

She also said that WHO recommendations may need to be adapted according to “local realities and contexts” in order for them to be useful in different parts of the world.

On her return to India, she said she plans to build on the vision of her father, Dr M S Swaminathan — the eminent scientist known as the father of India’s Green Revolution. “He had a holistic vision of interlinking agriculture, nutrition and health, and I want to build on his vision,” she said.

She will be on the board of trustees of the M S Swaminathan Foundation, which has a mandate to work on rural livelihoods, sustainable agriculture and the use of science to have an impact on society.

Advertisement
Also read |Covid not over, few nations may see wave of infections: WHO chief scientist

“We have done well in building up infrastructure, but investment is going into tertiary care hospitals. What has been relatively neglected is (investment) for those seeking treatment at outpatient clinics in the private or public sector. They come usually when they are sick and hence we are missing opportunities to screen people (and help them understand) how to live healthy. If you look at what are the factors that enable someone to live a long and healthy life, 20 per cent of it is related to the healthcare that they receive while 80 per cent is related to to risk factors of health, which are poor diet, unbalanced meals, air pollution, water, sanitation, and tobacco and alcohol as well as the risk factors of hypertension and diabetes,” she said.

It remains unclear who will replace Swaminathan as WHO’s chief scientist.