The late BJP leader's husband, tweeted the picture of his daughter with Harish Salve as she gives him the token Re 1. 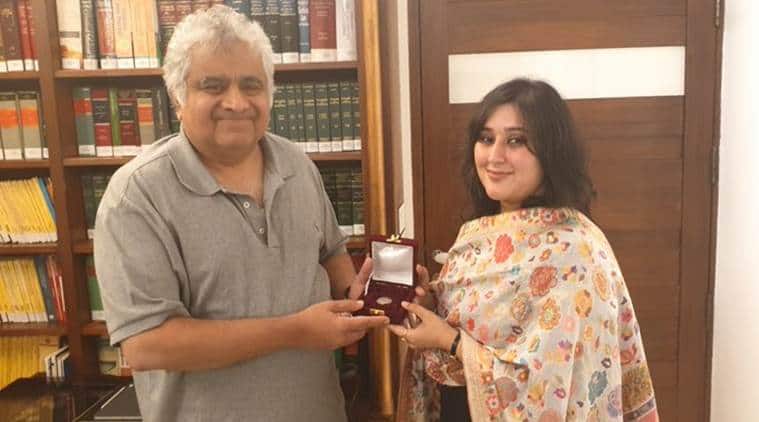 In a moving gesture, Bansuri Swaraj, the daughter of late former External Affairs Minister Sushma Swaraj, met with senior lawyer Harish Salve and presented him his token fee of one rupee he had asked to represent India at the International Court of Justice in the Kulbhushan Jadhav case.

Swaraj Kaushal, the late BJP leader’s husband, tweeted the picture of his daughter with Salve as she gives him the token fee. “Sushma Swara, Bansuri has fulfilled your last wish. She called on Mr. Harish Salve and presented the One Rupee coin that you left as fees for Kulbhushan Jadhav’s case,” Kaushal tweeted.

@sushmaswaraj Bansuri has fulfilled your last wish. She called on Mr.Harish Salve and presented the One Rupee coin that you left as fees for Kulbhushan Jadhav’s case. pic.twitter.com/eyBtyWCSUD

On the day of the Sushma Swaraj’s demise, she had called Salve and invited him over to her residence to collect his ‘fee’. Salve had shared the conversation he had with Swaraj before she passed away.

“I spoke to her at 8.50 pm and, in fact, it was a very emotional conversation. She said you have to come and meet me, I have to give you Re 1 for the case which you won. I had to go and to collect the precious fee. She asked me to come tomorrow at 6 o’clock. She said ‘come and meet me tomorrow’,” he was quoted as saying by ANI.

The senior BJP leader had passed away on August 6 following a cardiac arrest.