The ruling pointed out that “the construction of a rule should give effect to the rule rather than destroying it”, and “any narrow and pedantic interpretation of the provision, which would defeat the object of the provision, cannot be accepted”. 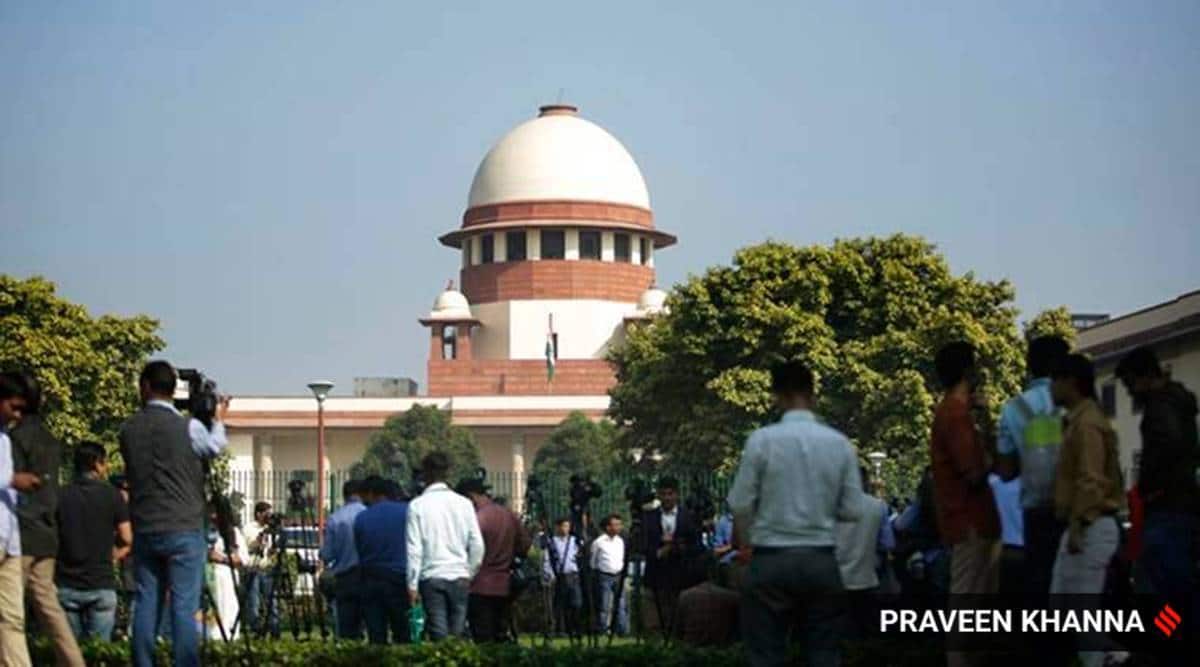 The Supreme Court of India

The most important ingredient for constituting an offence of sexual assault under Section 7 of Protection of Children from Sexual Offences (POCSO) Act is the “sexual intent”, and not the “skin-to-skin” contact with the child”, the Supreme Court said on Thursday while quashing two judgments of the Nagpur bench of Bombay High Court.

The two HC judgments had set off a furore for concluding that it will not amount to an offence of sexual assault under Section 7 of POCSO if there is “no direct physical contact, i.e. skin to skin” between the accused and the victim.

On Thursday, the SC bench of Justices U U Lalit, S Ravindra Bhat and Bela M Trivedi went into the dictionary meaning of the words “touch” and “physical contact” and said that “touch” has been used specifically with regard to sexual parts of the body, whereas the word “physical contact” has been used for any other act. Therefore, the court ruled, the “act of touching the sexual part of body or any other act involving physical contact, if done with ‘sexual intent’, would amount to ‘sexual assault’ within the meaning of Section 7 of POCSO Act”.

Writing for Justice Lalit and herself, Justice Trivedi said the argument that the expression ‘physical contact’ used in Section 7 has to be construed as ‘skin-to-skin’ contact “cannot be accepted”.

The ruling pointed out that “the construction of a rule should give effect to the rule rather than destroying it”, and “any narrow and pedantic interpretation of the provision, which would defeat the object of the provision, cannot be accepted”.

The court said that “skin-to-skin contact” for constituting an offence of “sexual assault” could not have been intended or contemplated by the Legislature. “The very object of enacting the POCSO Act is to protect children from sexual abuse, and if such a narrow interpretation is accepted, it would lead to a very detrimental situation, frustrating the very object of the Act, inasmuch as in that case touching sexual or non-sexual parts of the body of a child with gloves, condoms, sheets or with cloth, though done with sexual intent, would not amount to an offence of sexual assault under Section 7 of POCSO Act,” the bench said. “The most important ingredient for constituting the offence of sexual assault under Section 7 of the Act is the ‘sexual intent’, and not the ‘skin to skin’ contact with the child”.

The bench ruled that “the act of touching any sexual part of the body of a child with sexual intent or any other act involving physical contact with sexual intent could not be trivialised or held insignificant or peripheral so as to exclude such act from the purview of ‘sexual assault’ under Section 7”.

Writing a separate concurring judgment, Justice Bhat said that “the fallacy…in the High Court’s reasoning is that it assumes indirect touch is not covered by Section 7 — or in other words is no ‘touch’ at all. That provision covers and is meant to cover both direct and indirect touch.”

He stated, “The receptors on the surface of human body are acutely sensitive to the subtleties of a whole range of tactile experiences. The use of a spoon, for instance, to consume food — without touching it with the hand — in no way diminishes the sense of touch experienced by the lips and the mouth. Similarly, when a stick, or other object is pressed onto a person, even when clothed, their sense of touch is keen enough to feel it.”

Justice Bhat added, “Therefore, the reasoning in the High Court’s judgment quite insensitively trivializes — indeed legitimises — an entire range of unacceptable behaviour which undermines a child’s dignity and autonomy, through unwanted intrusions.”

In one of the cases, a special court in Nagpur had on February 5, 2020 convicted and sentenced accused Satish for offences under Sections 342, 354 and 363 of IPC and Section 8 of POCSO. On appeal, the HC on January 19, 2021, acquitted him for the offence under Section 8 of POCSO Act, stating that “there is no direct physical contact i.e. skin to skin with sexual intent without penetration”.

The HC convicted him for the offence under IPC Sections 342 and 354.

The HC said that “the acts of ‘holding the hands of the prosecutrix’ or ‘opened zip of the pant’…in the opinion of this Court, does not fit in the definition of ‘sexual assault’.”