SC judges’ revolt: ‘Wish they hadn’t done this… it will have severe repercussions on judiciary,’ says Soli Sorabjee

In an unprecedented move at a joint news conference, the four judges had pointed out a litany of problems that they said are plaguing the country's highest court and warned they could destroy Indian democracy. 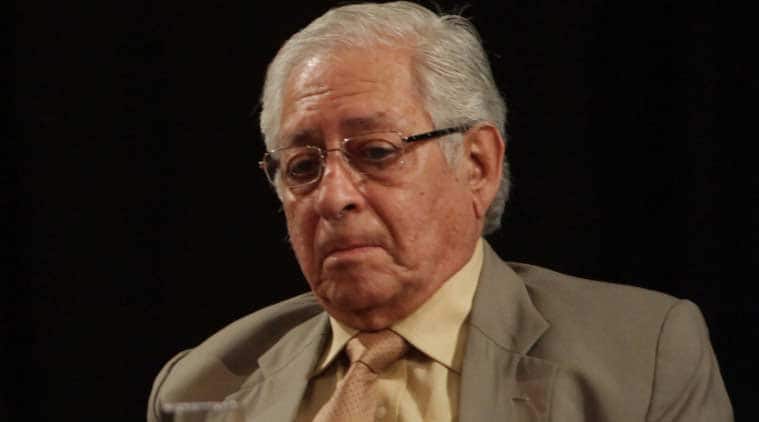 In the wake of four senior-most judges of the Supreme Court launching a virtual revolt against Chief Justice of India Dipak Misra, former Attorney General of India Soli Sorabjee expressed his dissatisfaction over the development and stated that it would have severe repercussions on the functioning of the judiciary. “I am very upset about this, I wish the 4 SC judges hadn’t done this. This will have severe repercussions on the judiciary,” Sorabjee told a local news channel.

In an unprecedented move at a joint news conference, the four judges had pointed out a litany of problems that they said are plaguing the country’s highest court and warned they could destroy Indian democracy.

Justice J Chelameswar, the second senior judge after the CJI, held the press conference at his residence and he was flanked by Justices Ranjan Gogoi, M B Lokur and Kurian Joseph. Describing the unscheduled press conference as an “extraordinary event”,  Chelameswar said, “sometimes administration of the Supreme Court is not in order and many things which are less than desirable have happened in the last few months.”

Justice Chelameswar observed that democracy will not survive in the country unless the institution of the judiciary is not preserved. He said all the four judges “failed to persuade CJI that certain things are not in order and therefore you should take remedial measures. Unfortunately, our efforts failed.”

“And all four of us are convinced that democracy is at stake and many things have happened in recent past,” he said, adding that they had met CJI Misra this morning and “raised issues affecting the institution”. When asked about what these issues were, Justice Chelameswar said they included the “allocation of cases by CJI”.

The statement assumes significance as the Supreme Court today took up for consideration the issue of alleged mysterious death of special CBI judge B H Loya, who was hearing the sensitive Sohrabuddin Sheikh encounter case.

Justice Chelameswar said “we owe a responsibility to the institution and the nation. Our efforts have failed in convincing CJI to take steps to protect the institution.” “This is an extraordinary event in the history of any nation, more particularly this nation and an extraordinary event in the institution of judiciary … It is with no pleasure that we are compelled to call this press conference. But sometimes adminstration of the Supreme Court is not in order and many things which are less than desirable have happened in the last few months,” he said.