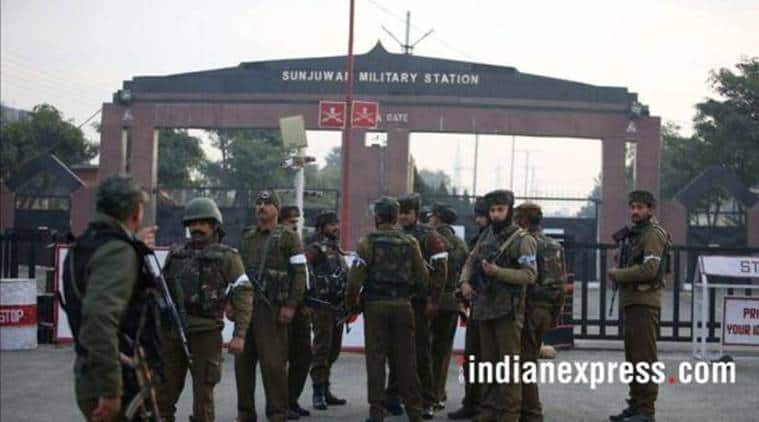 With the recovery of one more body of a soldier from inside the Sunjwan military station on the outskirts of Jammu, the toll in Saturday’s terror attack has risen to seven. Confirming this, Army spokesperson Lt Colonel Devender Anand said the body of a soldier was recovered from forest area during searches inside the military station. Among the seven killed, six were soldiers and one civilian.

A group of terrorists had sneaked into Sunjwan military station during wee hours of Saturday and, after a brief exchange of fire with the sentry at a post along the rear wall, entered the residential quarters complex. Three terrorists were killed and arms, ammunition and other material seized from them revealed that they owed allegiance to Jaish-e-Mohammad.

Two soldiers including a JCO and a havildar, were killed in the encounter. Later, Army commandos recovered the bodies of three more soldiers and a civilian from inside the residential quarters.

Defence Minister Nirmala Sitharaman on Monday evening blamed Masood Azhar’s Jaish-e-Mohammad for the attack on the Sunjuwan military station and warned Pakistan that it will pay for this misadventure, adding that the demography of the cantonment and adjoining areas indicates the possibility of local support to the terrorists.

Meanwhile, searches have begun in Raipur Domana area towards Akhnoor side on the outskirts of Jammu city following reports about suspicious movement. Police said sentries at an army camp reportedly noticed some suspicious movement and opened fire during wee hours of the morning. However, nothing has been found so far, they said.