A missing report was filed by his son Abdulrazeek in Sarita Vihar police station. 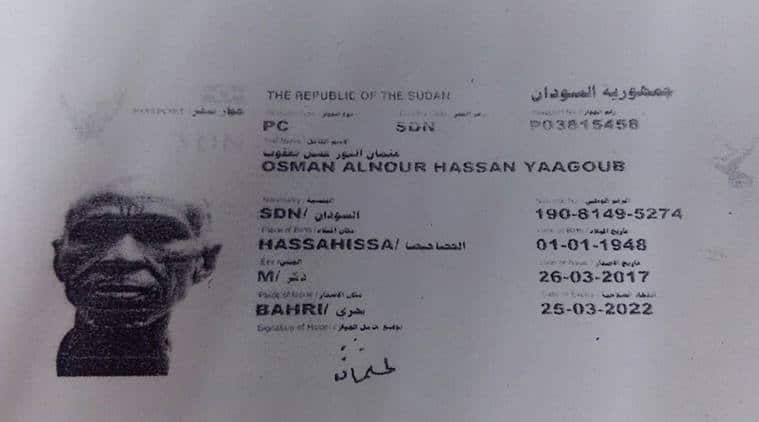 A 69-year-old Sudanese man, Osman Alnour Hassan Yagoub, who was in India for treatment at Apollo Hospitals in Jasola, New Delhi, went missing from his hotel located in the same area on April 14. Yaqoob was staying at hotel Kundan Palace with his son Abdulrazeek since April 12. The father and son had arrived in India on April 8 after a visa was issued to them on reference of Apollo Hospitals on April 4.

“My father left from hotel room without informing me at 10:30 am on April 14 and when i went out to look for him, i couldn’t find him”, Abdulrazeek told IndianExpress.com. He also said that Osman was diagnosed with a tumor in pancreas and was awaiting treatment at the Apollo hospitals. In the Medical Visa request issued by the hospital, it was mentioned that the duration of his treatment will be one month.

A missing report was filed by by Abdulrazeek in Sarita Vihar police station on the same day. Speaking to IndianExpress.com, ASI Ranjit Singh said: “we are taking the necessary steps to locate him. Fliers were distributed in the neighboring areas but so far there has been no information. There is a long process required.”

Meanwhile, Abdulrazeek also approached and wrote to the Sudanese embassy asking for support. He also claimed that locals from nearby areas told them that they had seen his father and helped him by providing food.

Abdulrazeek also printed some fliers with the help of some locals and has been trying to trace his father on his own. “I am worried about his well-being because he is sick and missing for more than 10 days,” he said. His brother, Mohd Usman, who has been working in Hyderabad has also arrived in Delhi after their father went missing.