When the second wave hit India with even greater ferocity, the states were as ill-prepared as they were in the initial months of the pandemic last year. 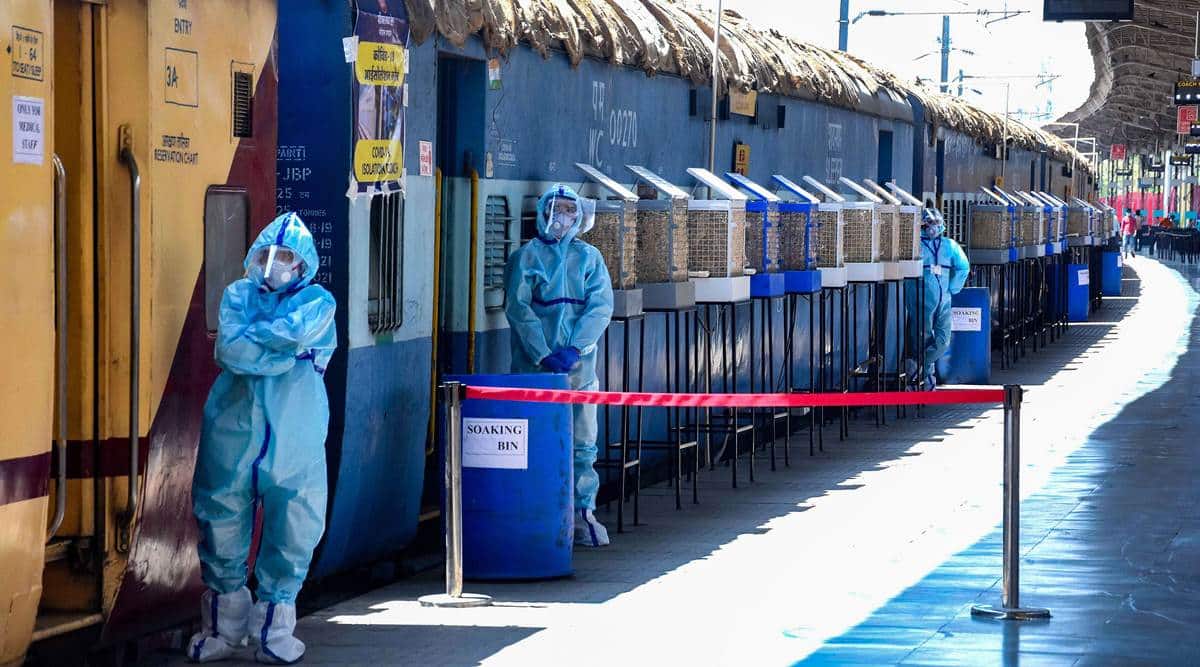 * Four temporary hospitals in Delhi, set up last year, were dismantled in February, as cases fell to less than 200 a day. Now, these are having to be revived.

* During the first wave, Uttar Pradesh claimed to have set up 503 Covid hospitals, with about 1.5 lakh beds. By February first week, just 83 hospitals, with 17,000 beds, were treating Covid patients. Now there’s a scramble.

* Karnataka, with the second highest case load in the first wave, added only 18 ICU beds with ventilators during the first and second waves.

* An 800-bed jumbo hospital in Pune, one of the worst-affected cities, folded up in January. It had to be restarted in March.

* The Rajendra Institute of Medical Sciences, Ranchi, the biggest government-run hospital in Jharkhand, does not have a single high-resolution CT scan machine. Now being procured after the High Court pulled up the government.

* Only 10 of Bihar’s 38 districts have more than five ventilators. Critical patients and their family members wait outside the LNJP hospital in New Delhi on Sunday.

In state after state, health infrastructure created during the first wave of infections, was dismantled early this year, amid the mistaken belief the pandemic was coming to an end. Makeshift hospitals were folded up, contractual healthcare staff were let go, and little effort was made to ramp up critical health infrastructure like ventilators and medical-grade oxygen.

The result: when the second wave hit India with even greater ferocity, the states were as ill-prepared as they were in the initial months of the pandemic last year. While it is a fact that the ruling BJP’s February 21 political resolution was self-congratulatory for having “set an example in front of the world for what work can be done during Covid”, the Centre did continue with its advisories to states witnessing a spike in Covid cases.

Moreover, health is a state subject, and several states did let their guard down.

Even now, though, the panic is essentially of beds and oxygen, said a senior doctor in AIIMS, Delhi. “So what if these beds and oxygen cylinders were gathering dust. All the signs of an uptick were there and you could have saved lives if you didn’t have to waste precious time restarting them and looking for beds and cylinders.”

Delhi: The national capital was the only city to have at least three very distinct waves of infections last year. At its peak, Delhi had recorded more than 8,500 positive cases in a single day, the maximum for any city during the first wave.

After a situation similar to the one that prevails now, where patients are struggling to find hospital beds, four temporary facilities were set up in June and July. The biggest of these, run by ITBP in Chhattarpur, had the ability to admit more than 10,000 patients. At least, 1,000 beds had oxygen support. Slightly smaller facilities were set up in Dhaula Kuan and in the Commonwealth Games Village. All these had been closed by February this year, as daily count of cases fell below 200.

The national capital has been reporting close to 25,000 cases every day now. On one day this count even went beyond 28,000, a record for any city. Amidst a large number of complaints of patients being unable to find hospital beds and oxygen support, the government is now in the process of reopening these makeshift hospitals. In the meanwhile, more than 300 deaths are being reported for the last three days.

Karnataka: More than 25,000 new cases are being reported in the state, with more than two-thirds contributed by Bengaluru. The death count has gone beyond 200 Karnataka had been one of the worst affected during the first wave as well, having accumulated the second highest caseload in the country. And yet, in the intervening months between the first and second waves, the government hospitals in Bengaluru could install only 18 ICU beds with ventilators.

According to the centralised hospital bed allocation system for Bengaluru, there are 117 ICU ventilator beds in government hospitals for Covid-19 patients at present — 47 in the medical college hospitals, and 70 in 13 other government hospitals. With Central assistance, this number was supposed to go up to 300. But when the case numbers declined between November and January, complacency set in.

The result: all 117 ICUs with ventilators in the government hospitals, and 217 similar beds in the private hospitals in Bengaluru, have been occupied completely for the last one week.

Uttar Pradesh: The state is contributing the maximum number of cases right now, next only to Maharashtra. On Saturday, close to 38,000 cases were reported, five times the peak in the first wave. At that time, the state claimed to have arranged about 1.5 lakh beds in over 500 hospitals.

On March 31, as the cases began to rise again, 45 hospitals were re-notified to treat Covid patients. That brought the total bed strength to about 25,000, hoping that this would be enough to deal with the surge.

Jharkhand: A similar story unfolded in Jharkhand. The state had declared one hospital in each district as a dedicated Covid facility. Twelve private hospitals in the major towns like Ranchi, Dhanbad, Bokaro and Jamshedpur were also converted into similar facilities. The hospitals complained of difficulties in getting their bills reimbursed by the state government, but these additional facilities helped in saving many lives. This year, none of the private hospitals have been roped in, leading to a scarcity of beds.

“A system had been put in place, infrastructure was scaled up to deal with a crisis, but it was allowed to die down,” a health department officer said. But there is more. The Rajendra Institute of Medical Sciences in Ranchi, Jharkhand’s largest government hospital, does not even have a CT scan machine, a standard equipment to assess lung damage in Covid patients. It required the intervention from the state High Court to initiate the process of the procuring a machine.

Bihar: The state is facing a huge shortage of doctors and other qualified medical staff. Bihar has about 5,000 vacancies for doctors, and they could not be filled even during this pandemic.

During the first wave, the districts had demanded that the government facilities should be equipped with at least 10 ventilators each. However, only ten district hospitals have more than five ventilators. The state has no oxygen plant, and has to depend on supplies from neighbouring Jharkhand.

Only online booking slots in private hospitals from May 1