With the Supreme Court set to begin hearing in the Ram Janmabhoomi-Babri Masjid dispute in Ayodhya from December 5, Sri Sri Ravi Shankar has offered to mediate in the issue. 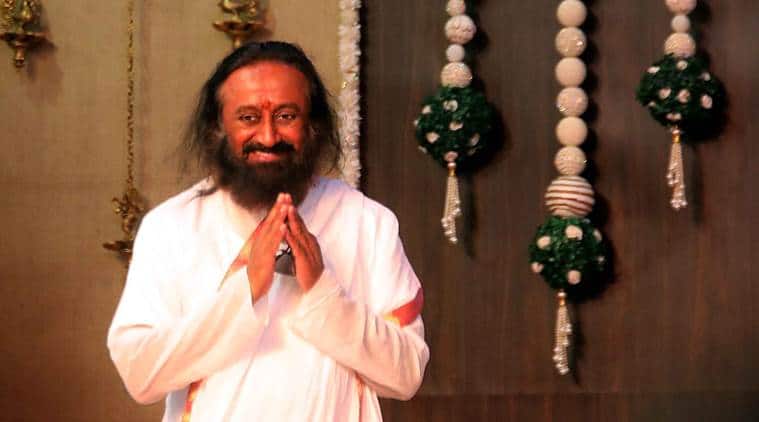 Art of Living founder Sri Sri Ravi Shankar, working to find an amicable solution to the Ram Temple dispute, was being used as a “pawn” by the BJP to polarise the Hindu vote bank, a senior SP leader said on Saturday.

With the Supreme Court set to begin hearing in the Ram Janmabhoomi-Babri Masjid dispute in Ayodhya from December 5, Ravi Shankar has offered to mediate in the issue.

“Ravi Shankar is a pawn of the BJP, which has realised that people have come to know the reality of its jugglery on development. They have tried to rake up the Ram Temple issue by pushing the spiritual guru in the front to polarise the Hindu vote bank,” Samajwadi Party national general secretary Ramashankar Vidyarthi said.

If the Ram Temple had to be constructed through a court’s decision or through mutual consensus, why did the BJP take out the ‘Rath Yatra’ and why was it made an election issue, Vidyarthi asked.

“The BJP has its government today both in the state and at the Centre. Who can stop them for getting the Ram Temple constructed in Ayodhya?”

The spiritual leader’s offer for mediating in the dispute has received a tepid and sceptical response from key protagonists on both sides, with the All India Muslim Personal Law Board (AIMPLB) and the Vishwa Hindu Parishad (VHP) voicing reservations about his role.

A day before visiting Ayodhya, Ravi Shankar met Uttar Pradesh Chief Minister Yogi Adityanath earlier this week but said he had no proposal yet to discuss with the stakeholders.

In 2010, the Allahabad High Court had ruled a three-way division of the disputed 2.77-acre area at Ayodhya among Sunni Waqf Board, Nirmohi Akhara and Lord Ram Lalla.

The Supreme Court will hear the case on December 5, a day before the 25th anniversary of the Babri Masjid demolition.