Polythene bags with thickness less than 50 microns are already banned in the country. Now, the Ministry has chalked out a phased manner of banning-single use carry bags as well as other commodities. 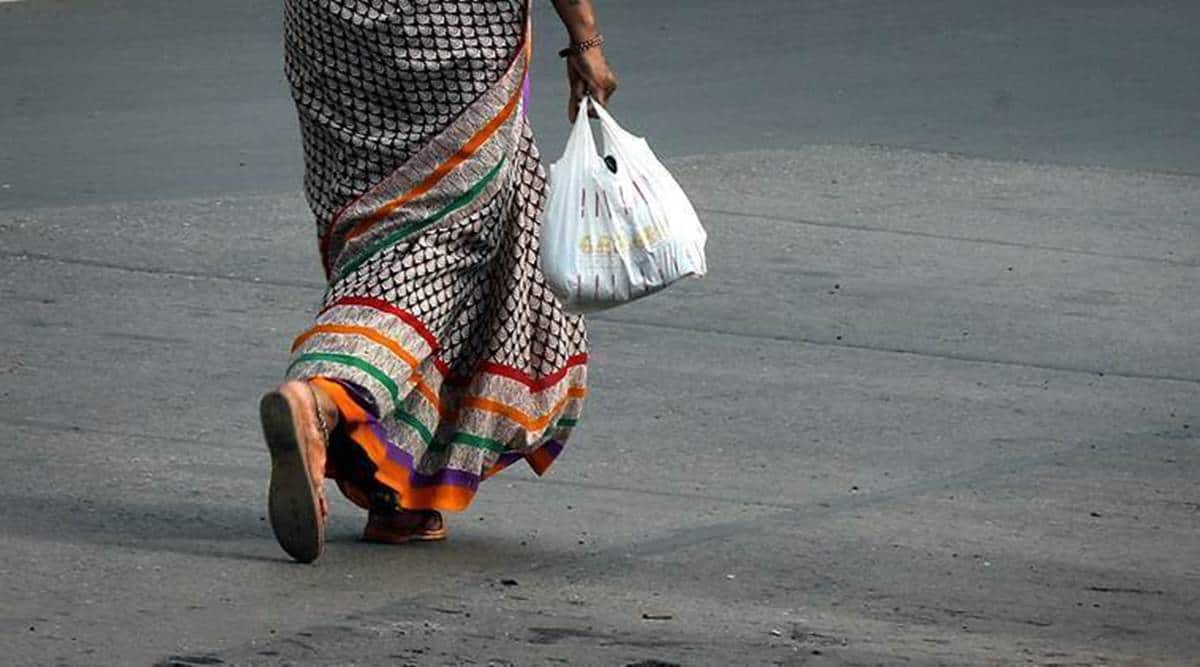 Plastic bags are known as one of the most problematic kinds of garbage, polluting streets and waterways and harming birds and marine creatures. (File Photo)

The Centre has banned single-use plastic beginning July next year. The Environment Ministry Thursday night released a draft gazette notification that announced the ban and spelt out for the first time the items would fall under its purview — cutlery, earbuds and ice cream sticks, among others.

“The manufacture, import, stocking, distribution, sale and use of… single-use plastic, including polystyrene and expanded polystyrene commodities shall be prohibited with effect from the 1st July, 2022,” says the Ministry notification on the Plastic Waste Management Amendment Rules, 2021.

“The reasoning behind the rules that we have come out with is that we have eliminated the plastic for which the cost of collection was huge as well as having a high environmental cost on one hand, but the economic cost is little,” said a Ministry official.

The official said the main problem was that many plastic commodities were not being collected and recycled.

Environmental experts have found that rag-pickers find thicker plastic bags have higher value than thinner ones. Plastic bags with higher thickness are more easily handled as waste and have higher recyclability.

“The ban of plastic carry bags under 75 microns can come into effect immediately because manufacturers can continue using the same machines for producing plastic bags above 50 microns. We have given more time to industry before implementing the 120 micron plastic bag, because to produce these they need to install a different kind of machine,” added the official quoted above, requesting anonymity.

The ban will not apply to commodities made of compostable plastic.

Some states, such as Karnataka, have already enforced bans on the items mentioned in the draft notification.

“There are already alternatives for plastic cutlery available in the market. And the government will ensure that companies producing these alternatives are promoted,’’ said the official.

For banning other plastic commodities in the future, other than those that have been listed in this notification, the government has given industry ten years from the date of notification for compliance.

Officials say this has been a demand that industry has made, and that it has been accepted taking into consideration the capital cost in changing from plastic to an alternative material.

The Central Pollution Control Board, along with state pollution bodies, will monitor the ban, identify violations, and impose penalties already prescribed under the Environmental Protection Act.