Separate legislature demand in Ladakh ahead of PM J&K meet

“We had so far been demanding safeguards under 6th Schedule of the Indian Constitution to address people’s apprehensions relating to land, reservation to jobs, culture, language and environment after abrogation of Articles 370 and 35-A,’’ said former Ladakh MP Thupstan Chhewang. 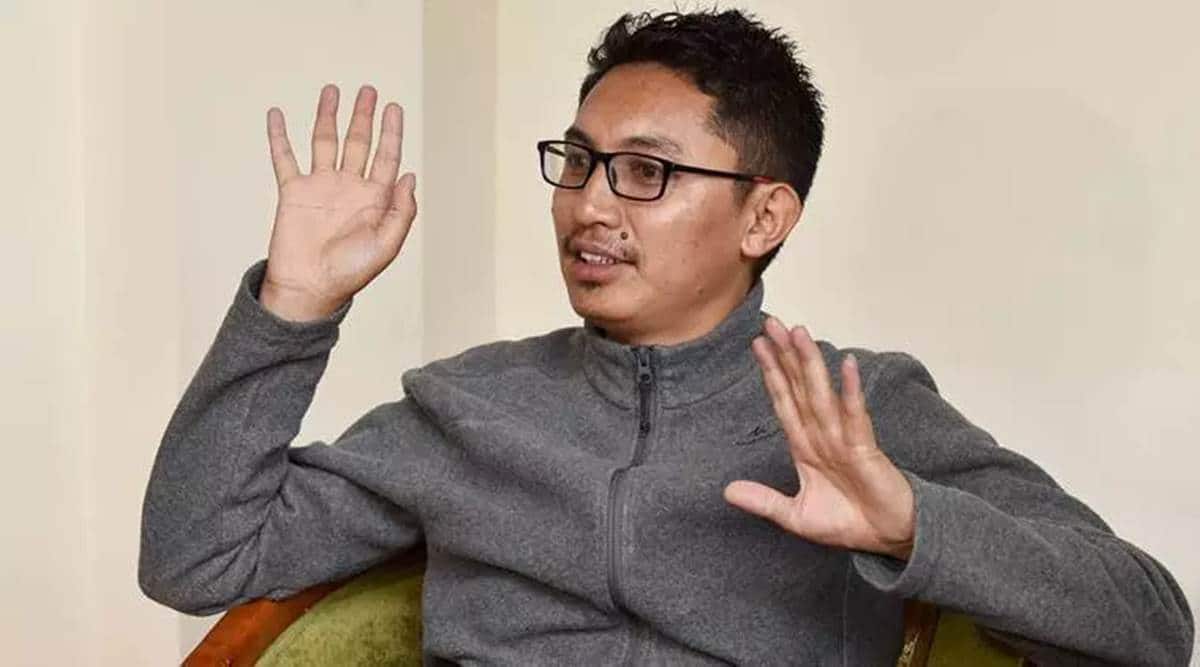 AHEAD OF Prime Minister Narendra Modi’s meeting with leaders of all political parties from Jammu and Kashmir, a grouping of Leh-based socio-religious and political organisations, along with BJP MP Jamyang Tsering Namgyal, on Wednesday demanded a separate legislature for the Union Territory of Ladakh.

“We had so far been demanding safeguards under 6th Schedule of the Indian Constitution to address people’s apprehensions relating to land, reservation to jobs, culture, language and environment after abrogation of Articles 370 and 35-A,’’ said former Ladakh MP Thupstan Chhewang, a member of Apex Body, which comprises heads of most socio-religious and political organisations, during a press conference in Leh. “However, we have now changed our demand to a UT with legislature for Ladakh.”

He said a decision on this was taken by members of the Apex Body at a meeting in Thicksey on Tuesday, as it was felt that “in view of the present political situation and the kind of administration set up and the works undertaken in Ladakh after the formation of UT, the aspirations of the people cannot be met unless they get the power to make laws and decide about Ladakh’’.

“However, if the safeguards as available under 6th Schedule of the Constitution were not possible for the people of Ladakh despite their getting a UT with legislature, we will demand the Centre to have a separate Schedule for them in the Constitution,’’ Chhewang added.

Namgyal and Tashi Gyalson, chairperson of the Ladakh Autonomous Hill Development Council (LAHDC), were also present at the press conference.

The Apex Body has decided to take on board the people of Kargil as well to jointly press the demand before the Centre, Chhewang said, adding that they will soon invite representatives of LAHDC, Kargil, and heads of socio-religious and political organisations there to Leh for talks.

If a consensus emerges, there will be joint panel comprising members from both districts to take up the issue with the Centre, he said. The joint panel will be headed by Namgyal, he added.

Pointing out that they already had two meetings with Union Home Minister Amit Shah in Delhi, Chhewang said it was then decided that a committee headed by Minister of State for Home G Krishna Reddy will be formed to address the apprehensions of people of Ladakh over losing safeguards after the abrogation of Articles 370 and 35-A.

Though the Apex Body sent names of its representatives, the committee could not be set up for want of finalisation of names of its officers by the Home Ministry, UT administration, besides Hill Councils of both Leh and Kargil, he added.

Santhosh praises CM as he wraps up Lucknow visit, BJP chief says party has leaders like Modi and Yogi